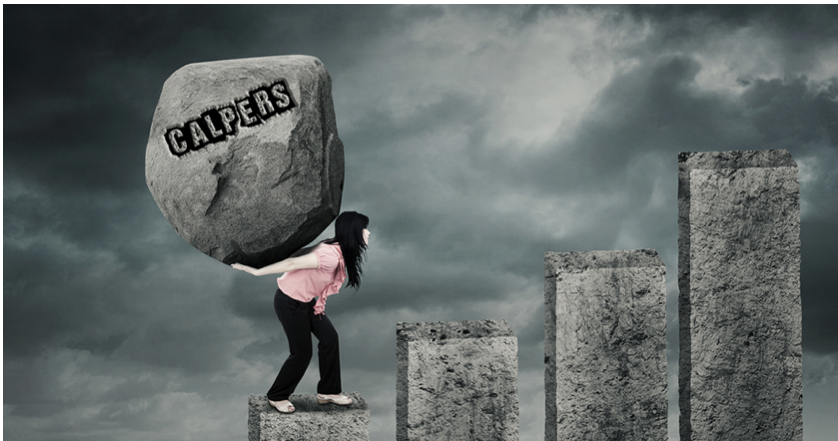 EASTSIDER-When Ann Stausboll retired from CalPERS a couple of years ago, everyone knew there was going to be a sea change. What no one knew was how much worse the governance of the nation’s largest ($350 billion) public pension plan was going to get.

Enter the New Board

In a clever move, the CalPERS Board elected Priya Mathur as the Board President in January 2018, proudly announcing her as “...the first female elected president of the CalPERS board.” Of course, cynic that I am, there is another logical reason for the move. As a woman, Priya could go after Margaret Brown, while avoiding the Man (Rob Feckner) vs. Woman (Margaret Brown) problem.

Then when it’s all over, good ‘ol Rob could regain his throne. Lest you think that I’m a purveyor of conspiracy theories, remember that a few years ago the headline was, “CalPERS board strips Priya Mathur of posts after ethics law violations.”

Anyhow, sometime between her first and second meeting, Priya Mathur gave Margaret Brown a secret reprimand for allowing a friend into a “restricted area” of CalPERS.

Ramping up her attack, Mathur had Brown locked out of her CalPERS office, and refused to allow her to see confidential information designed for the Board. I kid you not…you can read about it here.

There is no way in hell that Priya Mathur had the guts to do this all by her lonesome. Anyone wanna bet that General Counsel Matthew Jacobs is hiding behind the curtain? Take a look at Mathur cutting off Brown’s mike during the meeting.

The Jacobs-Dunning Dog and Pony Show

And speaking of Jacobs, at least when Ann Stausboll was there, there was a CEO in charge. With the hiring of Marcie Frost, General Counsel Matthew Jacobs managed to wear her like a hand puppet. Iwrote about this in March of last year.

Further, just to put icing on the cake, his hand-picked Fiduciary Counsel, Ashley Dunning, is now running around trying to get the Board to meddle with the CalPERS actuary as he does his job to forecast funding needs, and to have staff hide investment fund documents from the Board members.

What the hell that has to do with being the fiduciary advisor to the Board is beyond me. On the other hand, readers may remember that Jacobs got Ashley Dunning hired, even as she was suing CalPERS on behalf of Marin County.

If Matthew Jacobs was a legit General Counsel, he would be disciplining Dunning for going way beyond her duties as Fiduciary Counsel to the Board. Instead, it’s clear they’re in cahoots.

And Then There’s BlackRock

As Bloombergreported last year, “BlackRock Is in Talks for Calpers’ Buyout Business.”

As I wrote during the election,

“Wow. This is crazy. Some time ago, I wrote a column called, “Investments Up, Governance Down ... for the Count,” in which I highlighted the shenanigans of General Counsel Matthew Jacobs in hiding an embarrassingly shoddy “review” of CalPERS Private Equity investments. Just as astounding, it is clear that the only real skill of Chief Investment Officer Ted Eliopoulis is to  bamboozle the Board  into getting huge personal pay raises even as his track record in private equity sucks.”

If you would like to read the details of this travesty, take a look at this Naked Capitalism post.

I mean, if their own folks are so incompetent that they can’t handle the job, then they might as well fire the staff and save a million or two in payroll. Plus, why would any other private equity partners want to participate in a fix by BlackRock itself?

And Then There’s the CFO Issue

You’ll love this one. Evidently CalPERS is having such a hard time finding a new CFO that they had to go out and hire an expensive headhunter firm, appropriately named “Heidrick & Struggles.” The verdict is now in, and the headhunters should be fired.

First, they ran around and offered the job to a sitting member of the CalPERS Board. That’s right, they offered the gig to Richard Gillihan, a Brown appointee to the Board. And just to make it more interesting, he had to withdraw from starting because he already has a full-time job as HR Director for the State of California.

Then, just to make sure that we know how rigged the system is, they came back with a Chief Financial Officer named Charles Asubonten, whose claim to fame is that he was the CFO of a South African copper mining company. Even better, the Board hired him in September of last year!

Well, there is a teeny weeny little problem with Mr. Asubonten. He lied on his resume and is massively unqualified. Not only that, in a telephone interview, CEO Marcie Frost gave him her unqualified vote of support. Unqualified is right. Think hand puppet for Matthew Jacobs. You can read the great LA Timesarticle here.

If you want even more detail, look here.

I’ve been somewhat remiss in covering CalPERS as other LA City events have been in the headlines, courtesy of our largely missing Mayor and, unfortunately, our all too present and busy LA City Council. However, once I went back to see what CalPERS has been up to, I saw that the whole gang should be audited and subjected to an ethics review by a neutral outside entity.

They are playing with $350 billiondollars of public money, and if they screw up too badly, it is the taxpayers of the State of California and the Plan members who are going to foot the bill. Their shenanigans are absolutely unacceptable.

If nobody in the State of California, no elected official, has the guts to investigate this mess, then shame on them.

If wehave to do it, there may still be hope, and I’ll write about what you and I can do over the next twelve months to change the future of the CalPERS Board. Yes, this is a tease!