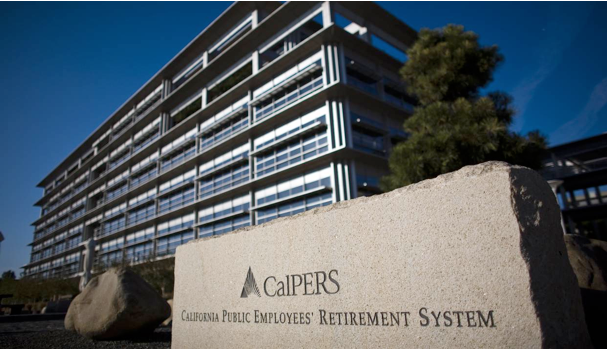 EASTSIDER-You don’t need to be a rocket scientist to know that CalPERS has taken some hits over the past months. There was the series of articles in the LA Times, OpEd pieces everywhere from the Sacramento Bee to a pretty concerted attack in a variety of electronic media. Almost all were directly aimed at CalPERS and the two court cases bobbing up at the California Supreme Court on the “California Rule.”

While that’s been going on, the CalPERS Board of Directors has been more concerned with visiting Monterey for a retreat and deciding who gets to be their President and Vice-President, than in real governance. Witness the puff pieces CalPERS has been issuing: “CalPERS joins Global Sustainability Benchmark for Real Assets Program,” “Diverse Director DataSource joins Equilar Diversity Network,” and “CalPERS Adopts Environmental, Social and Governance Strategic Plan.”

My favorite was “CalPERS Honored as Sustainable Business of 2016.” Really, you can read it here.

While the puff piece was actually about conservation, the double entendre of CalPERS’ own fiscal sustainability is impossible to ignore. Indeed, new CEO Marcie Frost noted in her lead article in the winter issue of their magazine PERSPECTIVE that “...one of my immediate priorities will be ensuring the long-term sustainability of the fund.” I wish her luck.

Underneath the happy face public persona of the Board and their CEO, I believe that a much darker change is occurring. Namely, the joint has been turned over to and is being run by a bunch of self-serving lawyers.

Now lawyers, used properly, are a very good thing -- that’s why we have them to keep us out or get us out of trouble. Lawyers, given carte blanche, on the other hand, can be a very scary thing. Just look at the law firms involved in the Panama Papers overseas money laundering for the rich, or, closer to home, note the fact that around half or more of our elected politicians in California are lawyers. No wonder the State is in trouble.

Let me give you a specific example regarding the dearth of any transparency at CalPERS, that’s been organized and orchestrated by their very own General Counsel. Readers of my column will recall that I wrote a pretty scathing piece about the hiring of a sleazebag Florida attorney named Robert Klausner to be their Fiduciary Counsel, even though he was scandal-ridden and not even licensed in the State of California.

The process of hiring Klausner was so shoddy and manipulated by then CEO Ann Stausboll, that I characterized it as a Betrayal of Public Trust.

Well, the combination (maybe a little bit) of my articles and a lot of heat from the Naked Capitalism blog must have struck home. The NC folks partnered up with California’s First Amendment Coalition and an excellent attorney (Karl Olsen) to actually sue CalPERS and their attorneys for violating the Public Records Act.

You can read the tale here, [[[   http://www.nakedcapitalism.com/2016/08/calpers-tainted-fiduciary-counsel-robert-klausner-departs-after-nc-publicizes-his-dubious-history.html ]]] and it says a lot about CalPERS General Counsel Matthew Jacobs ethics. Reads like a soap opera, except they’re playing with billions of dollars of public funds.

When Klausner magically departed around August with no notice and no explanation as to why or how he was dumped, I became very interested in what was going to happen next. After all, look at the process that brought us Klausner. So I did what any red blooded American would do -- I filed a Public Records Request.

Hiding Behind Lawyers While Rome Burns

Orchestrated by General Counsel Jacobs, here was the dance. I wrote in mid-October asking for any and all documents regarding CalPERS search for a new fiduciary counsel. In mid-November I get a letter saying that they are “searching” and will get back to me by the end of November.

On November 30, they send me a letter which says, basically, that everything I have asked for is exempt on the grounds of attorney-client privilege and confidentiality. So, I get a copy of the Solicitation Bid for Outside Counsel. Period. Have a nice life, pound sand.

Then, as I am searching through Board Agendas to find out what if anything ever actually happened regarding outside fiduciary counsel, I find this gem buried in the Day 3 Agenda covering a spiffy little “offsite” Board/Executive Retreat which was held January 17-19 in Monterey CA, at the Monterey Tides. (It’s evidently hard work to be on the CalPERS Board.)

A little digging around and I discover that the presenter for this event was one Ashley Dunning, a Partner at Nossaman LLP, one of the “mid-sized hot list” California-based law firms. Parenthetically, our very own Richard Riordan was a name partner in this same firm before he became Mayor of the City of Los Angeles.

I also got a copy of the 75-Slide Power Point presentation Dunning gave to the Board and assembled multitudes at the session. I wonder how many Board members went to sleep as soon as the lights dimmed and the power point cranked up. C’mon.

Upon further investigation, I note that Dunning was a partner at Manatt, Phelps, the Democratic Party powerhouse lobbying/law/consulting firm. Notice I said, was, because Nossaman LLP proudly announced in a January 6 Press Release, that she was joining the firm as Partner and Co-Chair of the firm’s Pension and Investments Group.

Gee. Given the January 6 announcement and the January 19 presentation, does anyone doubt that she has a deal with Matthew Jacobs and is the new fiduciary counsel for CalPERS? Ya gotta love how General Counsel Jacobs wheels and deals beneath the shield of attorney-client privilege. I wonder if the tame Board ever even voted.

Final disclosure. According to the Marin Independent Journal, Ms. Dunning does not come cheap. She was advising the Marin County Pension Board at $580/hour until her switch to Nossaman, and racked up in the neighborhood of $400,000 in one year’s billings.

CalPERS CEO Marcie Frost is new to the job and had very little transition time when former CEO Ann Stausboll suddenly retired. Therefore she is very dependent on her executive staff, including particular lawyers like General Counsel Matthew Jacobs.

If history is a guide, the vast majority of the Board is more interested in who gets to be their President and Vice-President and who gets to go off on junkets, than in any serious oversight of their staff. All you have to do is watch a video of their meetings.

So everyone defaults to doing what the lawyers say. It further seems clear that the lawyers are only interested in what I characterize as a “siege mentality,” a hide-and-seek attorney-client privilege governance model used to make sure no one will really know what they’re up to. That ain’t good.

For example, the Board recently granted Ted Eliopoulis, their Chief Investment Officer, a huge bonus ($135,000) that was probably impermissible under CalPERS own rules. Ignoring the terrible optics, this was granted just as CalPERS had to admit that the Fund’s return on investment for 2016 was a paltry 0.6%. Anybody see a disconnect here?

Lordy, Lordy. All greased by the General Counsel. At the risk of being churlish, I note for the record that Mr. Eliopoulis has a JD. Does anyone believe that Ted is going to go against whatever Matthew Jacobs wants?

Personally, I think all of this demonstrates that the staff, led by elder statesman and General Counsel Matthew Jacobs, has a ring in the collective nose of the Board of Directors; they don’t do boo without staff telling them what they should do.

Or take a look at an even more acerbic analysis of “The Role of Conflicted Lawyers At CalPERS”.

And I thought the process that CalPERS used to hire Robert Klausner was sleazy. I had no idea what stone wall hiding really was until the lawyers got involved.

On the other hand, they might just want to be a bit more open and transparent. In a recent federal court case blocking Aetna’s pull-out out of Obamacare in all but four of the fifteen states they serviced:

“Aetna executives had moved heaven and earth to conceal their decision-making process from the court, in part by discussing the matter on the phone rather than in emails, and by shielding what did get put in writing with the cloak of attorney-client privilege, a practice Bates found came close to ‘malfeasance’.”