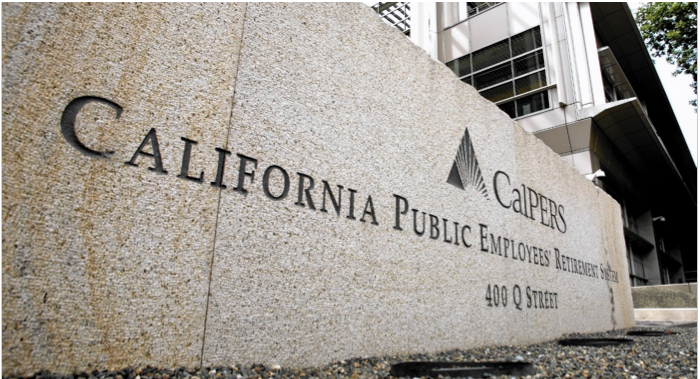 EASTSIDER--The good news is that after a lot of external pushback (thank you, LA Times and Naked Capitalism,) the appointed Board members have evidently backed off of trying to get JJ Jelincic bounced off of the CalPERS Board.

The not so good news is that the leaders of that attempt are being elected to run major committees of the Board. The critical Investment Committee now has Bill Slaton (the ringleader of the group) as Vice-Chair, with the Chair being former LAUSD business manager Henry Jones, who just got re-elected as Vice-President of the Board and openly covets President Rob Feckner’s job.

The Pension & Health Benefits Committee is now Chaired by Priya Mathur, another of the group who wanted to dump JJ Jelincic, and who has proved her very own self to be ethically challenged in the past. See the article here.

The Risk & Audit Committee is now headed by yet another appointee, Dana Hollinger, along with fellow appointee Ron Lind.

Dangling out there are the elections for Chair and Vice-Chair of the all-important Board Governance Committee. They will be elected in March. Those elections will round out the re-election of Rob Feckner as President and Henry Jones as Vice-President back in January.

Of note, the President and Vice-President are elected by the full Board to one year terms, while the Committee elections are for four year terms.

If these elections are indicative of what is to come in March, there is a serious realignment of the Board power structure taking place. And these are the key committees who determine how the fund’s money is invested, as well as being responsible for oversight.

The CalPERS announcements of these February elections can be found here.

The Creation of a Cabal?

According to the Merriam-Webster dictionary a cabal is “the contrived schemes of a group of persons secretly united in a plot.” The current restructuring of the Board, together with the increasing secrecy of their work, should give the actual beneficiaries and the public pause. At the risk of being alarmist, I’m starting to think that the not-so-open tenure of Ann Stausboll was a model of transparency compared to the current emerging structure of CalPERS.

Of course every good conspiracy needs a leader, and my vote is for General Counsel Matthew Jacobs. Readers may recall an article I wrote a while ago about him orchestrating the hiding of the internal workings of the Board behind the attorney-client privilege. You may also recall that this kind of stuff is what got Aetna Insurance Co. in trouble when they faked their reasons for pulling out of Obamacare behind attorney-client privilege and got caught by a judge.

Let me give you two examples of how this secrecy stuff works. First, we still don’t know who the permanent outside fiduciary counsel is to the Board of Directors, despite my public records requests. Odds are that Ashley Dunning already has the job in all but name, since she and her firm are playing patty-cakes with Matthew Jacobs. But there has still been no public announcement, no public Board discussion that I am aware of, and no methodology given for how or when this will happen.

What we do know is that she was billing the relatively tiny Marin County Pension Board some $10,000/week, at a $580/hour fee, and she was front and center at the CalPERS retreat in Monterey, providing fiduciary training. Anyone want to take a bet that she already has the job? I wonder how much a huge agency like CalPERS will put in her pockets?

My second example, has to do with the question of how on earth the Board would approve a $135,000 bonus for their Chief Investment Officer, Ted Eliopoulos, even as the fund made the underwhelming return on investment of 0.6%. That’s right, less than a 1% return on investment. Even as the stock market soared. And even as the Board has had to lower their key anticipated rate of return from 7.5% to 7%, which will result in increased contributions to keep the plan afloat.

It’s not like Mr. Eliopoulos is some big time investment maven. No, he’s a well-connected political insider. You can read about it here from the well-respected Pensions & Investments website.

For a detailed analysis of what’s in store for the Fund, take a look at a recent article by Calpension’s own Ed Mendel.

Since there is no rational explanation for this kind of raise based on performance, you have to wonder why the Board approved it. My suspicion is that Mr. Jacobs is quietly providing both the shield and incentives, and is rewarding staff and Board members for toeing the party line according to Mr. Jacobs.

Anyhow, the result is that Mr. Eliopoulos now makes a cool $700,000 a year or so! Lest you think I jest, check out this article explaining how the bonus was inconsistent with CalPERS policy, in addition to being unwarranted from a performance standpoint.

This is a big deal. If CalPERS was publicly embarrassed by hiring that sleazebag Florida lawyer Robert Klausner (and they were), why stonewall any public input or openness in the hiring process of his successor? If CalPERS had a terrible year with its investments, why, oh, why would they give their Chief Investment Officer a large and questionably legal bonus?

With a modicum of openness, transparency and public input, yeah, even public comment at Board meetings, we would know the answers to these questions.

Their current lineup does not inspire confidence. President Feckner has never failed to sign any press release put in front of him by staff. A prime example would be his remark about Fred Buenstroso’s “retirement,” in 2008, that “he was talking to us for a while about retiring and seeing about doing something else.” Yeah, like going to jail.

Vice-President Jones is going to play with the General Counsel as he awaits his opportunity to become President. Maybe he can bring us some of that great fiscal wisdom he practiced at the Los Angeles Unified School District.

You don’t have to be a conspiracy buff to see that something is seriously amiss at CalPERS. While it is objectively true that they are under siege over the cost of the pensions and the paltry return on investment that they are achieving, the way to go about addressing these concerns is not to run and hide behind their Attorney.

And the Board committees are stacked with political appointees. Those same appointees who recently went after the only open and transparent elected Board member, JJ Jelincic. With the whole gang shielded by attorney-client privilege as orchestrated by one Matthew Jacobs.

Clearly missing is leadership by the newly appointed CEO, Marcie Frost. One can only imagine her trying to get up to speed even as the staff go their own way, the agency is under attack, and her attorney has an agenda of his own. I feel sorry for her.

At the same time, Marcie Frost is the only hope on the horizon. Coming from the outside (the state of Washington), she does not have the institutional harness of the good ‘ol boy go-along-to-get-along so exemplified by the staff and the Board.

I hope she knows that the way through tough times is to be open, transparent, admit failures and plan for success. I just hope that she gets the message and is able to do something about what she inherited before something really, really bad happens -- as this is usually the outcome of cabals.