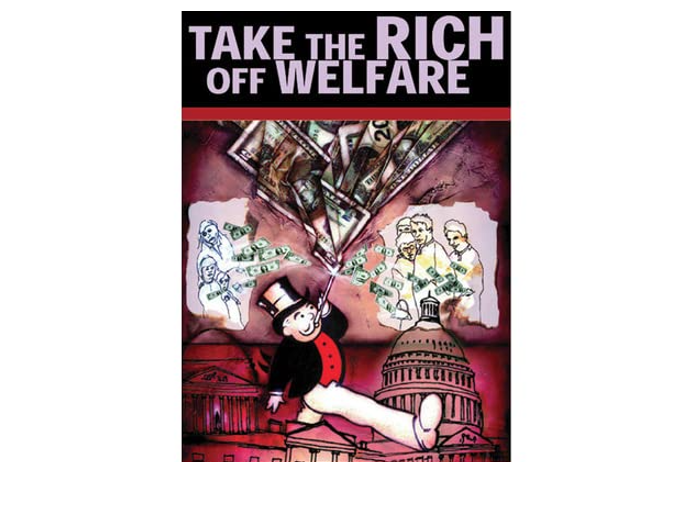 PLANNING WATCH-While conservative presidents have railed against welfare queens, the biggest recipients of government generosity have been the well-off.

This was fully documented by Pro Publica, which this week published the first chapter of its wealthfare series, “The Secret IRS Files: Trove of Never-Before-Seen Records Reveal How the Wealthiest Avoid Income Tax.”

Wealthfare schemes take many forms, and one of the biggest local giveaways hides behind a benign name: Transit Oriented Community Guidelines density bonuses. For real estate speculators this Los Angeles program is the goose that lays their golden eggs. Like all forms of up-zoning, it not only raises the market value of their property, but it also allows them to legally dodge zoning laws restricting building height, size, and density.

How Density Bonuses are supposed to address the housing crisis. In the case of the TOC Guidelines, on-menu density bonuses are automatically granted to developers whose projects fall into one of four tiers, based on their distance from transit stations and corridors. In exchange, they are required to include a small percentage of unverified affordable rental units in their projects.

As show on the map below, these four TOC tiers include most Los Angeles neighborhoods west, south, and east of the Downtown, plus major San Fernando Valley transit corridors.

The TOC on-menu density bonuses are ministerial (administrative) approvals exempt from the California Environmental Quality Act. They include substantial increases in a proposed project’s height, size (Floor Area Ratio), and density, as well as reductions in required on-site parking places. Like SB 1818 on-menu density bonuses, the TOC on-menu bonuses do not require notifications to nearby residents and property owners. Likewise, these on-menu approvals do not require environmental reviews, public hearings, votes by decision makers, determination letters, and rights of appeal.

The discretionary off-menu TOC density bonuses permit major reductions in setbacks, open space, lot coverage, lot width, plus major increases in density and height – with virtually no grounds for the to appeal a project. 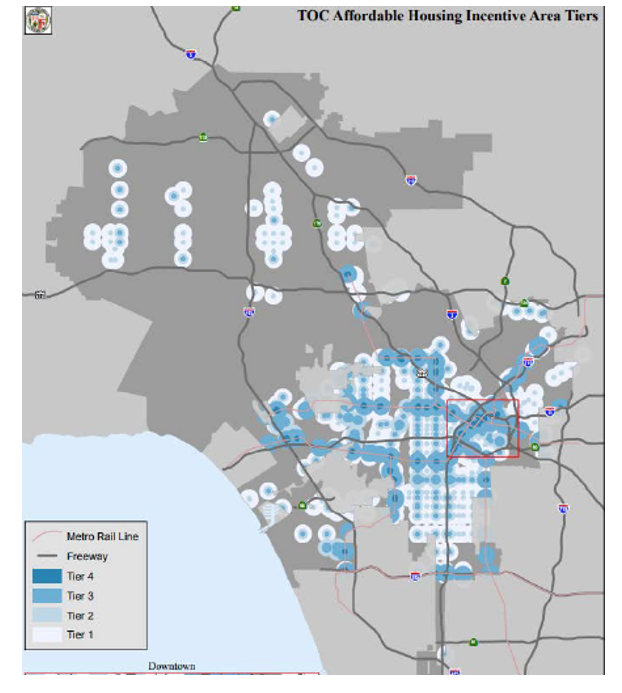 How have Density Bonuses backfired? The simultaneous defeat of Measure S and victory of Measure JJJ priced an increasing number of Angelinos out of housing. If adopted, Measure S would have impeded the construction of some high-rise luxury apartment buildings, while Measure JJJ, reconstituted as the TOC Guidelines but only approved by the City Planning Commission, led to the construction of expensive apartment buildings. Although TOC projects are supposed to include affordable units, in practice they include few verified low-cost rental apartments occupied by vetted low-income tenants.

Why did the density bonus programs increase homelessness? In some cases, new TOC buildings replaced demolished low-income housing, and in all cases, the high rents of these new TOC buildings pulled up the rents in nearby older apartments. Since this happened in conjunction with increasing unemployment during the Covid 19 Pandemic, more people became homeless.

What are the lessons? Los Angeles does not suffer from a lack of available housing supply, but a lack of money among existing and potential renters rent these vacant units, including those in TOC buildings.

Furthermore, the voter-approved Measure JJJ and the TOC Guidelines are not the same. In support of its lawsuit challenging the TOC Guidelines, Fix the City says the TOC incentives “far exceed those authorized by the voters enacting Measure JJJ, while failing to provide for well-paid jobs adhering to the prevailing wage for Los Angeles.”

What else is wrong with the density bonuses programs?

If the Fix-the-City lawsuit against the City of Los Angeles is successful, and the local version of wealthfare in the form of TOC Guidelines is expunged, the public must be vigilant that this same scam does not resurface with new names, such as Community Plan Implementation Ordinances or Community Benefit Agreements appended to updated community plans.

Do Pit Bulls Have More Rights than Attack Victims?