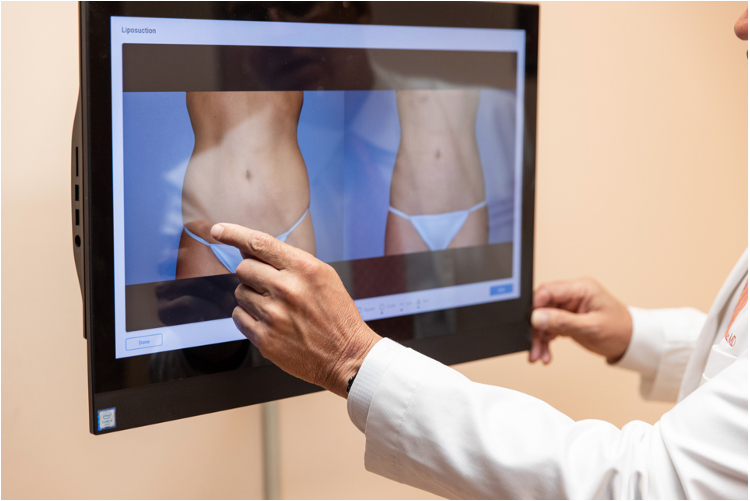 HEALTH & WELLNESS - What functions do fat cells perform? What happens to a body left with fewer fat cells? Are potential customers fully informed about the range of outcomes before they agree to this aggressively marketed surgery? Are doctors regulated when they harm consumers?

A slim, young woman posted photos on a popular plastic surgery website and said she wanted liposuction. Two plastic surgeons she saw in person recommended she not have it but some doctors who view photos online wrote she was a good candidate.A Harvard trained doctor who came before the Medical Board of California for wrongful death in May 2019 wrote, “Your physique is good, but I could still remove two liters or so.”

He didn’t mention fat is a needed endocrine organ, there are serious structural risks, negative physiological processes, or she may be disabled, live in pain, or die. In 2019 both the defense and the medical board said the MBC’s own expert witness was corrupt and lied profusely and the charges against the Ivy League doctor were dropped.

When liposuction, a nontrivial invasive procedure, was introduced to the U.S. circa 1982, the cosmetic aspect of fat was targeted; the systemic health impact was ignored.

Liposuction, now part of some breast reductions, breast reconstructions after cancer, stem cell harvesting, abdominoplasty, fat transfers, and more, leaves the patient with fewer fat cells than nature gave them. Plastic surgeons maintain it is benign, safe, and results in improved body proportions and self-esteem, however, patient reports, human studies, and animal studies all are driving to a very different conclusion.

We now know fat has a host of positive functions. Subcutaneous fat, (SubQ fat), the fat you can pinch, secretes hormones that play a beneficial role in metabolism and homeostasis. “An adequate SubQ adipose mass is crucial to be healthy, “says Eric Belin de Chantemele, Ph.D., Cardiovascular Science.

In human and animal studies across multiple species, scientists have observed that the removal of fat from one part of the body subsequently causes remaining fat cells to increase in size and produces an increase in undesirable visceral fat. Insulin resistance shows increase in liposuction, and it is correlated to the volume of aspirated fat.

Visceral fat, (VF) wraps around organs and causes inflammation in the colon and artery wall; VF is a major cause of heart disease, stroke, type II diabetes, breast and colorectal cancer, dementia, increased calcified plaque associated with atherosclerosis, and increased cortisol / reduction of endorphins that can lead to depression. It boosts levels of triglycerides and low-density lipoprotein (LDL), and lowers cardio-protective high-density lipoprotein (HDL). In the U.S., heart disease is the lead cause of death.

Leptin, a hormone that helps regulate energy balance, appetite regulation, metabolism, hunger, learning, and memory, was discovered in 1995, decades after the business of liposuction was started. Liposuction may have a negative impact to various necessary functions.

Estrogen, the hormone that regulates the female reproductive system, fertility, and mood, is stored in the breasts, hips, and buttocks as well as the ovaries and adrenal glands. Removing fat tissue from these areas changes one’s hormonal makeup, which may lead to surgically induced menopause, infertility, and other hormonal health problems.

The typical female pattern of accumulating fat in the hips and thighs is thought to protect against cardiovascular disease risk. Removing a portion of these cells increases visceral fat and CVD risk. Doctors who do liposuction often target these areas on women.

Liposuction regulations are not based on science. Dr. Gutowski, a plastic surgeon from the University of Illinois said, "Some states, like California, have passed liposuction legislation based on a guideline, but there's no data behind it. No science." Health and aesthetic problems may show up in the years following the procedure as the body struggles with the effects of losing part of an organ that plays a role in metabolism.

In 2002, a non-partisan group, The Health Technology Advisory Committee, (the HTAC), was formed in Minnesota to study the harm caused by liposuction. They opined: “Death and disfigurement due to the cosmetic surgical procedure of liposuction should be a matter for serious public concern."

The HTAC also reported, “The increasing number of liposuction procedures has led to a growing number of iatrogenic fat tissue deformities, in addition to those of traumatic and disease-related nature.” However, there is no databank to collect information on the complications of liposuction, (a pay-out-of-pocket procedure), in the short or long-term.

Many liposuction procedures are performed on healthy people in ambulatory centers. Increased overhead leads doctors to get into the reconstructive and cosmetic self-pay sector, which turns them into salespeople with menus of surgeries to sell healthful people; liposuction ignores science, has poor risk-to-benefit ratios, and many bad outcomes.

Ambulatory centers are less regulated or studied than hospitals. According to Kaiser Health News, California is the only state with more than 1,000 surgery centers that has given private accreditors a lead role in oversight. The doctors who own their own centers typically pay those private accreditors. Also, under California law, ambulatory centers do not have to report deaths associated with an injury sustained at their center.

The plentiful and predictable reviews are mostly by fit, healthy women. The women asked good questions in consult and complain the board-certified surgeons lied to them. They describe assaults, chronic pain, trauma, fat disfigurations, and health problems. They detail how doctors create DARVO campaigns, (Deny and Reverse Victim and Oppressor), to try to discredit the victims. They don’t find any place to turn for help.

The profiting doctors ignore science and feel entitled to alter one’s body against need or consent while patients are unconscious. The medical harm is often irreversible and catastrophic. In milder cases, the customer may end up having subsequent liposuction to chase the fat. This leads to increased risk, added costs, and leaves even less fat cells.

The Los Angeles coroner's report shows 100 percent of deaths due to liposuction (1999-2019) were to females; their average age was less than 48 years old. 37% were Caucasian, 30% black, 26% Hispanic/Latin, 4% Asian. Cause of death by frequency are: fat in the bloodstream entering the lungs, blood clots in the lungs, heart attacks, bleeding to death, infections, and anesthesia complications.

Liposuction is financially driven; doctors do not disclose true risks. Consumers are coerced through strong advertising, misleading imagery, (such as manipulated before-and-after pictures, or short-term anecdotal results that are not indicative of the long-term), and falsehoods on websites that promote procedures and surgeons.

People think their doctor (who went to a top university) and outcome will be different, but the biology of fat, lack of accountability, and systemic cover-ups are the problems.

(Sasha Lauren, author of The Paris Predicament, a novel, and founder of Epiphany Scripts, is a patient safety educator, researcher and activist. She writes about the poorly regulated medical field, bad medical practices, and medical harm. As a licensed massage therapist, she gave over 30,000 hours of therapeutic massage and taught massage, relaxation, and behavioral health skills. Her approach is holistic and preventative.) The information presented in this article is not for personal medical advice or instruction.