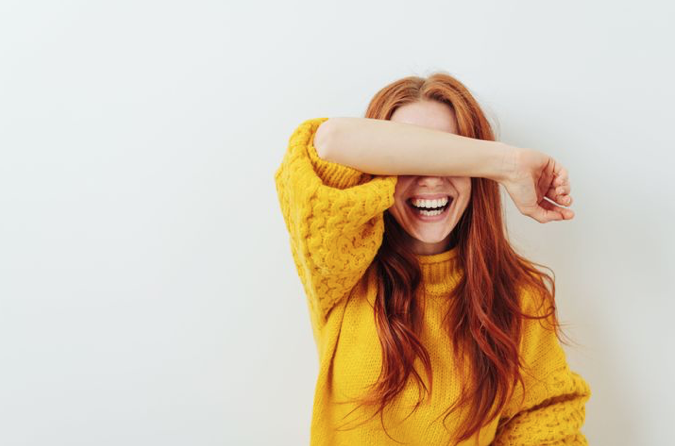 WELLNESS-I’ve never put much weight on standardized tests. As far as I’m concerned, SAT exams are a better measure of how many prep courses you can afford, and IQ tests don’t really translate to real-world intelligence. For years, I dumped standardized personality tests into this same bucket.

Then last year, after months of swiping through online dating profiles that included meaningless-to-me descriptions like “ISTP” and “ENTJ,” curiosity won out and I took the infamous Myers-Briggs test. My results (which were ENFP) told me several things I already knew, like the fact that I trust my intuition, often value feelings over facts and prefer flexibility to structure. But one main result really caught me off guard: The test seemed to think that I was an extrovert.

For the record, I’m someone who spent most of her childhood playground time alone on the swing set (thinking about life ― isn’t that what 8-year-olds do?). I have never been in a serious relationship, and I am almost always home before midnight. As I read over my result (anywhere between 75% and 85% extroversion, depending on the test), I thought, isn’t an extrovert someone who keeps the party going all night and never wants to be alone? I definitely had considered myself a true introvert.

And, according to experts, most of us ― even those who have always believed in their hearts they were introverts ― fall within that spectrum. Here’s why, and how personality is really measured by science:

Personality tests that sort you squarely into one camp often aren’t accurate.

First off, it’s important to note that the Myers-Briggs Type Indicator isn’t really the best measure of personality.

The essential guide to taking care of your mind and body

“Despite its wild popularity, [it] is probably an invalid test,” said Margaret Clark, a professor of psychology at Yale University. “It’s far more popular with the general population and corporations than it is with scientists.”

That said, extroversion is an accepted and well-studied personality trait. It’s part of the Big 5 personality test (along with conscientiousness, openness, agreeableness and neuroticism), which scientists say is the most accurate and indicative of real human behavior.

Research has also shown that some of your personality, like your level of extroversion, can be genetic. But brain chemistry isn’t the whole picture. Our understanding of extroversion, in particular, has changed over time.

The idea that extroverts get energy from others while introverts find it in themselves comes from an older conceptualization of the traits by Swiss psychiatrist Carl Jung, explained Kristen Gainey, an associate professor of psychology at the University of Buffalo.

“This [framing] is about where people spend their time, where they get a sense of meaning, and where and when they feel the most comfortable,” she said.

But all of these things are hard to measure scientifically and exist on independent spectrums. It’s unlikely that someone feels comfortable only when they’re alone in their house, or finds meaning only in relationships or group accomplishments, for example.

It’s more precise to think of extroversion as the sum of several narrower traits and how much a person exhibits each one.

Again, it comes down to the idea that extroversion can look many different ways and that all personality traits exist on a spectrum.

“The way of measuring extroversion that’s most supported by research is actually to measure a group of related narrower traits: assertiveness, sociability, thrill-seeking and experiencing positive emotions,” Gainey said. And you don’t need to rank high on each to be considered an extrovert.

The idea that extroverts are assertive and sociable aligns with most people’s initial understanding of extroversion, but invite a little more nuance into the conversation. For example, though I don’t fill my calendar with loud parties or other big social events, I do spend most nights out of the house, usually for one-on-one dinners and smaller group activities, such as trivia or run club.

On top of that, the characteristics of thrill-seeking and experiencing positive emotions that Gainey mentioned expand extroversion beyond interpersonal interaction.

Thrill-seeking doesn’t mean wanting to paraglide off the side of the mountain all the time. It presents more quietly, like being open to new friends or not wanting to be tied down to one specific group of people.

As for experiencing positive emotions, this doesn’t mean that you’re an extrovert if you never experience self-doubt and only exude confidence. It could look like optimism in the face of a tough problem or openness to change.

Also, though someone’s personality is considered fairly fixed, certain traits, like sociability and assertiveness, can evolve.

“We think of personality traits as being pretty stable,” Gainey said. “If they’re constantly changing, there’s not a lot of utility in thinking of them as personality.” But, she points out, interpersonal traits, such as sociability and assertiveness, can come out differently in different situations, and often change over time.

For example, someone might be very assertive among friends but more reserved in a classroom of strangers, and someone who grew up feeling awkward meeting new people might learn to be more comfortable doing so over time. So, it’s not necessarily the personality trait that changes but the behaviors that come along with it.

Gainey made another important point about this evolving expression of personality: “Part of what makes it so hard to measure extroversion is that we can all modify our behavior ― because we think we should or because we want to come across a certain way. Just because you act like an extrovert doesn’t necessarily mean you are one ― that’s a larger philosophical issue.”

The vast majority of people fall somewhere between extreme extroversion and extreme introversion.

An extrovert probably doesn’t need company 24/7, and it’s unlikely that an introvert would choose to spend every night alone watching Netflix. Though personality tests can be fun to think and talk about, they aren’t necessarily good indicators of how a person actually thinks or behaves, the experts said.

This all isn’t to say that no one is an introvert and everyone is an extrovert, or vice versa. How you see your personality is mostly a fun interpretation and another way to get to know how you relate with others and how you know yourself. Just don’t expect science to confirm it.

(Christine Byrne writes for HuffPost … where this piece was first posted.)