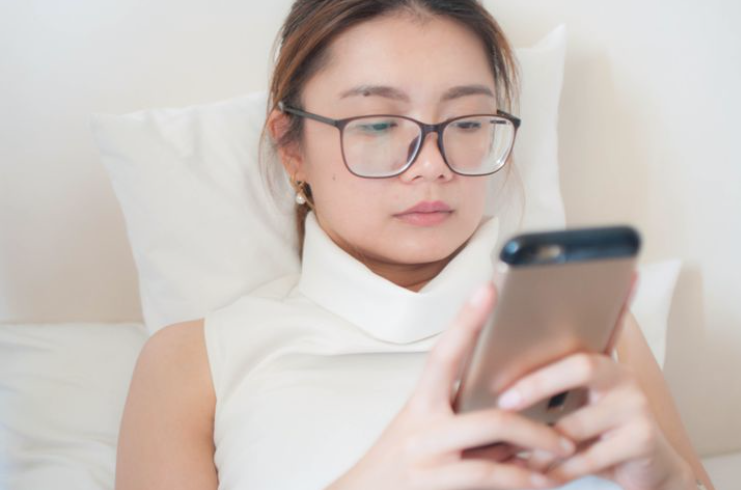 WELLNESS--The Food and Drug Administration approved the program Natural Cycles in August as a legitimate “method of contraceptive to prevent pregnancy” ― the first app-based fertility tracker to get the agency’s stamp of approval.

The smartphone app helps people track their menstrual cycle and uses tracking and daily body temperature readings to predict the days when they might ovulate so the information can be used for pregnancy planning or contraception.

But while this algorithm-based, hormone-free birth control method may sound ideal, there’s a lot you should know about fertility tracking and how the app (and others like it) works before you decide whether it’s right for you.

Fertility tracking ― i.e., knowing when you ovulate, so you can determine the days you’re most likely to get pregnant ― has been around for a lot longer than apps like Natural Cycles have been available to download. There are three main methods by which a woman can track her own fertility, explained Samantha Schon, a physician in the departments of obstetrics and gynecology and reproductive endocrinology at Michigan Medicine.

The first method looks at the length of your cycle. “The cycle is divided into two parts, the follicular phase and the luteal phase,” Schon said. “The luteal phase occurs after ovulation, and is relatively constant in most women ― around 14 days. So in a 28-day cycle, ovulation occurs around day 14. In a 30-day cycle, it would occur around day 16.” This method works best if you are fairly regular (you know you have a period every 28 days, 32 days, etc.). 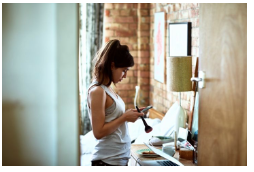 The second way of tracking fertility involves looking at cervical mucus. “As estrogen rises toward ovulation, there are changes to the look and feel of your cervical mucus,” Schon said, which is mucus that comes out of your vagina as discharge and appears thin and stretchy ― more like an “egg white.”

You can track your mucus daily to determine safe days and unsafe days to have sex, or use a simpler “two-day method,” according to Planned Parenthood. This method involves asking yourself two questions: “Do I have cervical mucus today?” and “Did I have cervical mucus yesterday?” If the answer is “no” to both, it is safe to have sex and likely not get pregnant. Note: This leads to just about 12 “safe” days per cycle, though.

The other method of tracking fertility involves basal body temperature (BBT), which is the process used by Natural Cycles’ technology. Typically, a woman’s body temperature just before ovulation is between 97 and 97.5 degrees Fahrenheit, but it will increase slightly (less than a degree) as your body releases an egg. Thus, tracking temperature can let you know when you’re most fertile.

How the apps work

Natural Cycles has users track BBT out to two decimal places with a super-sensitive basal thermometer (which you can purchase on your own). Then, the app lets you know directly on the screen whether you should “use protection” (spelled out in a red circle) or if you’re “not fertile” (in green). For best results, you should track your BBT at least five days a week, and allow around three cycles for the algorithm to get the hang of your personal cycle. If you have irregular cycles, the algorithm will have a tougher time predicting when you’re fertile and you will wind up with more red days.

Typically, fertility tracking on your own as a form of birth control is dicey, said Alan Copperman, director of the division of reproductive endocrinology and infertility in the department of obstetrics, gynecology and reproductive science at Mount Sinai in New York.

“Fertility awareness methods, or the ‘timing’ method, are ineffective approximately 20 to 25% of the time in preventing pregnancy,” he said, which means 1 in 4 people will get pregnant using the method for one year. “Birth control pills, IUDs, implants, surgical procedures and of course condoms are all far more effective at preventing unwanted pregnancy.”

Natural Cycles’ guidance is better than the old-fashioned fertility tracking methods, according to the FDA, though. The agency cites Natural Cycles’ “perfect use” failure rate as 1.8%, meaning that 1.8% of women who use the app exactly as they are supposed to for one year will become pregnant. The typical use failure rate, which covers potential user errors, is 6.5%, which isn’t terrible when compared with the efficacy rate of other forms of birth control.

Should you track your cycle as a form of birth control?

Since you must reliably track your BBT daily ― or check mucus, or learn how regular your periods are ― and follow directions very carefully for the best results, many doctors are wary of using tracking as your only method of birth control.

“It really does depend on the patient,” Schon said. “Some patients have really regular cycles or they’re very in touch with their bodies, so it might be reasonable as long as you’re OK in the event you do get pregnant.”

If you absolutely do not want to get pregnant, you may want to consider doubling up a tracking app with another form of birth control. It’s worth noting there’s been backlash from some women using Natural Cycles, including those who had unwanted pregnancies or a high number of days in the “red” where unprotected sex wasn’t recommended.

If you’re looking for a hormone-free option, you could also consider a copper IUD ― which has a 99.9 percent success rate and very little chance of user error.

“Long-acting reversible contraception, like IUDs, are still going to be more effective,” Schon said, but noted the reported effectiveness of apps like Natural Cycles and Dot are “similar to birth control pills.” (Dot has also recorded success in research, reporting a typical use failure rate of just 5% in March — though there are still concerns about its efficacy and the app has yet to receive FDA approval.)

“I think [apps are] a reasonable option in a motivated patient with regular menses, who strongly wishes to avoid other forms of birth control,” Schon continued. “If patients do not want to be restricted in when they can and cannot have intercourse, then this would not be a good option.”

If you are interested in using an app as a contraceptive method, the FDA warns Natural Cycles is not for “women who have a medical condition where pregnancy would be associated with a significant risk to the mother or the fetus” or women who are currently “using birth control or hormonal treatments that inhibit ovulation.” Before making that choice, talk to your doctor about which options are best for your needs.

All that said, Copperman does think Natural Cycles and other apps trying to blend technology with fertility tracking “empower women with knowledge about their own reproductive biology,” which is, of course, always beneficial.

“Some women track their periods to determine fertile windows, others to track times that conception is less likely, and still others simply want to be informed over their reproductive cycle,” he explained.

The more you know, the more secure you feel in your reproductive choices, right?

(Jenna Birch writes for HuffPost … where this perspective was first posted.)