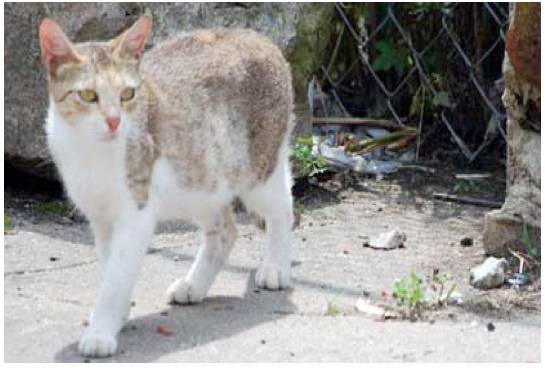 ANIMAL WATCH-GM Brenda Barnette advised the Animal Services Commission that her ‘executive management team’ met with the City Administrative Officer’s Budget Committee to discuss her most important priority items for the department’s 2016-17 budget.

Barnette admitted that the CAO’s Budget Committee was not fond of this idea. The request must be approved by the Mayor and Council.

The injunction Barnette referenced is the 2009 Superior Court prohibition against an “informal but pervasive” Trap-Neuter-Release program by then-GM Ed Boks, using city tax-funded vouchers (reserved by ordinance for owned pets of low-income residents) to spay/neuter feral cats and release them. The order enjoined any such program until legally required environmental impact reviews were performed. This has never occurred.

“Our goal was to see that the City follows the California Environmental Quality Act by thoroughly assessing the program’s impacts on the environment and considering alternatives and mitigation measures before making specific programmatic decisions.

“Feral cats have a range of impacts to wildlife, human health, and water quality in our cities. The impacts of institutionalizing the maintenance of feral cat colonies through TNR should be discussed in an open, public process before any such program is implemented.”

The injunction stopped the City from promoting or otherwise assisting organizations that perform Trap-Neuter-Return. This includes donating public space for their use, advertising their services, or referring the public to their programs, until it complied with CEQA.

Dr. Travis Longcore, Science Director of The Urban Wildlands Group, said, “Feral cats are documented predators of native wildlife. We support spaying and neutering all cats in Los Angeles, which is the law, but do not support release of this non-native predator into our open spaces and neighborhoods where they kill birds and other wildlife.”

The injunction does not prohibit individuals or private groups from engaging in TNR, which is still done widely throughout the city. But it requires the City to provide traps for the public to remove any nuisance cats or those who pose a health/safety concern from their property and mandates that these animals are accepted at the shelters.

“The Department of Animal Services estimates there are 3 million feral cats and kittens in the Los Angeles area alone. Feral cats…are the sad result of irresponsible adults who have not spayed or neutered their domestic cats,” states Feral Cat Caretakers Coalition.org.

When Brenda Barnette, a former-dog breeder and AKC representative, was hired as General Manager of Animal Services in  2010, she said she did not agree with mandatory spay/neuter programs, but then softened her position because the City provided funding for low-income pet owners.

However, she has not introduced any targeted publicity or enforcement of the City’s ordinance requiring spay or neuter of pet cats, although feral and stray cats clog her ability to reach the ethereal “no kill” goal sought by Best Friends Animal Society and chanted mindlessly by Los Angeles politicians.

Barnette perpetuates the concept of “disposability” of cats by not implementing a non-roaming provision or anti-trespass ordinance that creates accountability by requiring cats be kept on the owners’ property or under the control of an adult when outside, as mandated for dogs.

Barnette has rejected proposals for mandatory microchipping of owned cats and refused to consider cat licensing—measures which create responsibility and address the source of the stray/feral-cat problem.

Barnette has also failed to simply remind the public via media releases or other announcements that abandoning your cat (or any animal) is a misdemeanor under CA Penal Code.

Barnette’s solution to decreasing the city’s feral cat population in city shelters (which she now wants $800,000 to study) has been focused on increasing the numbers allowed per property—including up to 20 cats in “clowders” in backyards--and eliminating the kennel permit requirement for those with more than three cats. Is it a coincidence that these increases would also benefit breeders?

And she has (with the enthusiastic support of Paul Koretz, who admits having 19 cats as a child) relentlessly attempted to enable expenditure of tax-funded vouchers to alter feral cats and immediately re-abandon them back into the streets under the guise that TNR is humane.

Guidestar shows the following annual revenue for several organizations which maintain high visibility in the feral cat industry nationally and/or locally and which promote and support TNR:

“Experts claim that 70% of the feral population must be sterilized to stop an increase in the number that are sustained and replenished in the streets…without an effort to impose owner responsibility BEFORE the cat becomes feral, obviously the source will be greater than the remedy.”

Based on recent studies in California, about 1.2 million tons of cat poop is deposited into the environment each year, elevating the possibility of human and animal contact with feces infected with Toxoplasma gondii, a parasite posing a health risk to pets, wildlife and possibly linked to brain infections and loss of cognitive function in some humans.

Domestic cats kill between 1.4 and 3.7 billion birds and between 6.9 and 20.7 billion mammals (mostly mice, shrews, rabbits, squirrels, and voles) each year, according to a study published recently in Nature Communications.

In 2013, the City paid the Bureau of Engineering $52,000 (donated funds) to produce a 51-page Citywide Cat Program report, which purported to be an initial study of the policy’s environmental impacts as required under the California Environmental Quality Act.

It proposed providing resources and support to feral cat colony caretakers—while “prohibiting the feeding of unsterilized cats as well as cats that live in parks or are within 1 mile of any area deemed environmentally sensitive.”

Travis Longcore, the science director for The Urban Wildlands Group, and lead plaintiff in the original legal action, called the proposed policy and its response to environmental concerns “laughably inadequate.”

“It doesn’t deal at all with the problem and there’s no enforcement mechanism, and it would “turn the city into a feral cat dumping ground,” Longcore told the Daily Breeze.

With Brenda Barnette now proposing another study, I asked a professional environmental consultant to comment. She replied:

“If they already prepared a Mitigated Negative Declaration and had so many problems that they were unable to proceed, they probably need to take a hard look at what they are proposing before they spend money on preparing an EIR.  Just preparing a longer document won’t yield a different result if the program is unsound to start with.” Animal Watch

With an estimated 2,733 homeless veterans in Los Angeles’ streets and the number of chronically homeless individuals and families increasing rapidly, should Los Angeles taxpayers pay $800,000 to develop a plan to re-abandon homeless cats into the streets?

Or, should Mayor Garcetti and the Council simply require GM Brenda Barnette to earn her $220,000+ annual salary and establish accountability and responsibility for owning cats in the city?