#1. Hunter College in New York is suing Lisa S. Palmer for basically being a "Squatter." She enrolled in 2016 but dropped out shortly after moving into a dorm. She has stayed in the dorm ever since refusing to move out. The college has served eviction notices and might even asked politely to move out but to no avail. Lisa says she will fight the lawsuit. She may be claiming a constitutional right to "squat." It appears that no one at this citadel of higher learning thought to throw her stuff out and change the locks.

#1.  A new study suggests that a diet rich in fruits, vegetables, and even nuts could help ward off depression. So could a big lottery win, but I digress. There should be a big advertising campaign to spread the word. Some good slogans might include: "An apple a day keeps depression away." How about "Don't go bananas eat bananas." "Blueberries Stop the Blues." For veggies here's one "Carrots improve your mood and your eyesight, too." "If you're nuts they can help."  Unlike antidepressant meds the only side effects might be some indigestion or gas.

#1. A biomedical scientist at Northumbria University in Newcastle Upon Tyne ( love that name)  says her research has proven that anti bacterial wipes only eradicate bacteria from kitchen surfaces for 20 minutes. Then they come back. She says bar soap works better. Back in early 50's there was a product called Nuclear Foam-O. It worked great killing bacteria. In fact it worked too great. It was subsequently banned. Where it was used 60+ years ago, bacteria still hasn't come back and not much of anything else, either.

#1. Robert Mueller's Russia investigation has indicted two more Russians. This time the indictments included their names. They are Boris Badenov and Natasha Fatale.

#2. There is a decline in the frog population which began in the late 80's. "Frog Folks" are not sure what is causing this, although just to be safe, some blame "Climate Change."  I don't know much about frogs although when I was a kid it was said handling them could cause warts. There are several ideas on how to improve the frog population. Banning the eating of frog’s legs seemed one of the more logical.

#1. There is a report regarding LA Air Quality. Research has  determined that half of the petroleum chemicals that make up smog come from soap, paint, hair spray and deodorants. So, not all atmospheric pollutants come out of tailpipes. If you are committed to reducing Volatile Organic Compounds but can't do without your car then your choice is to stop using soap and deodorant. If others complain you're getting a bit "RIPE" you may have to drop out of the car pool.

#1.  The media "fawn-a-thon" over Kim Jong-un's adorable little sister, Kim Yo-jung, has finally reached nuclear proportions. Anonymous sources report that NBC has offered her a TV series. When asked if she spoke English, they said who cares. If she doesn't they will just use sub titles. It will be produced in North Korea so she can continue to meet the demands of her position as North Korea's Minister of Propaganda and Agitation. Her brother and his hair cut might even make a guest appearance.

#2.  It's possible that a medical procedure to determine biological evidence for being in "true love" could be available by 2028. It works by detecting potent love chemicals in the brain using an MRI type scanner. If this works it could mean lasting relationships. A spokesperson for the American Association of Divorce Lawyers, says, referencing an old legal term, "we're going to nip this in the bud" by arguing this procedure will be unconstitutional.

#1. The "Newseum" swamped with debt is in talks to sell their very costly building in Washington D.C. In 2016 it operated at a substantial loss.

Some are blaming President Trump's "Fake News" charges. However, The Newseum has lost money since 2008 so that lets Trump off the hook. And, as Uncle Walter Cronkite used say. "That's The Way It Is"

Actually that was the second version of his closing. The original was "And That's The Way It Is, Cause I Say It Is" CBS pointed out that was a bit over the top and

#2. Judge Judy was recently quoted saying "I think women who watch me like to see a woman in control." A number of men, when asked about Judge Judy were quoted as saying, "She reminds me of my first wife."

#1. A Staten Island school has canceled the  Father-Daughter dance that was scheduled in February. The reason is that ‘Father-Daughter’ excludes all the other many genders.
So to include everyone and not to offend anyone the dance is now called "The Whatever You Are-Whatever You Might Think You Are Dance" (Not fake story.)

#2. At a recent town hall meeting Canadian PMJustin Tredeau interrupted a woman who said "mankind" telling her to say "peoplekind" which is more inclusive. Actually Justin had been considering adding to his PC Bona Fides by using "peoplekind" or "personkind." when the opportunity came up.

He took a poll to decide which would make him sound less like a Politically Correct Idiot. It appears "peoplekind" polled better but it didn't help.

#1.  A member of the staff accompanying (minding) the Athletes from North Korea at the Olympics in South Korea was asked if he feared some of their athletes might defect. He replied, "C'mon, with the success we are having with Rocket Man, why would I want to side with the ‘Old Dotard’?”

#2. In Washington State the house is set to vote on a bill that would reduce the complicated calorie counts restaurants are forced to include on their menus. The new simple calorie count menu just says "few" or "many" or “death guaranteed in 30 seconds or less.”

#1. President Trump has not received an invitation to Prince Harry and Meghan Markle's wedding. Meghan, a critic of Trump, backed Hillary and said she would leave the country if Trump was elected. It appears she is the only actress who said she would leave and did, leaving for England nabbing prince Harry. So, future princess, Trump's election sure is workin' for you.

#2.  Last weekend there was a massive brawl in a New Jersey Denny's with eggs, chairs and dishes flying. Sources say the whole melee started when a diner, with major anger issues, jumped up, throwing his plate and yelling, "I ordered eggs over easy. Are these eggs over easy? I think NOT!!!" Others with botched orders or, more likely just for fun, joined in. 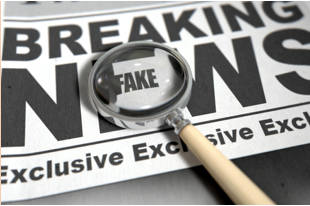 This Just In: Movement to Ban Assault Burritos

#1. A Taco Bell employee, in Alabama, is in trouble for throwing a "Hot Burrito" at his boss. It hit her, too. There are already moves afoot, if not to impose an outright ban, at the very least, to severely regulate Assault Burritos.

#2.  Mohammed is becoming a popular name. In Austria it's #3, it's moving up in Germany and it is the most popular name in Israel. No data on how Mohammed is doing in the US but it's likely to have already passed LaMar.

#1. The Oscar nominations have been announced. The Academy Awards show will be on March 4th. The producers of the show have asked participants to back off the Trump Bashing this year. The response, so far, has been "Hey, that's all we got."

#1. The American Optometrists Society has sent a formal letter to Senator Chuck Schumer requesting he stop wearing his glasses down on his nose and looking out over the top of them. They claim it is improper and looks really "dorky."

#2. The TSA  stopped a cable crew trying to sneak a fake bomb onto a plane. While congratulations are due to the Newark TSA for spotting the fake bomb, they did suffer a slight set back when they missed the tank.

#3. Some tribal leaders want Senator Elizabeth Warren to apologize to Native Americans for claiming heritage without solid evidence. Warren said that rather than apologize “I'll just claim to be part Eskimo.”

#1. A Federal Judge has just ruled that the U.S. Constitution is UNconstitutional.

#2. A recent article suggested that driverless Teslas might be used by terrorists. An Imam declared, “This will go a long way toward
replenishing the supply of virgins.”