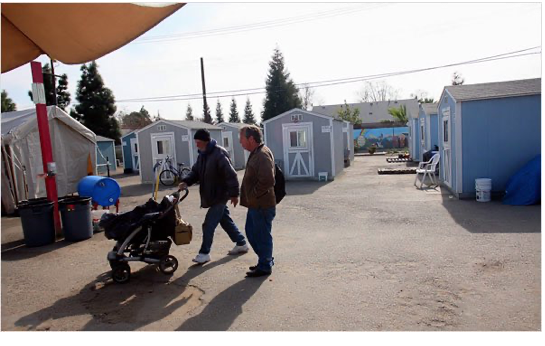 PLANNING WATCH-A UCLA Luskin Center study on homelessness in Los Angeles traces this unresolved social problem back to the 1930s, when homeless encampments were called Hoovervilles. 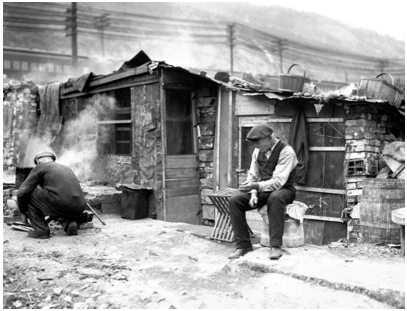 There were exceptions, such as California’s 400 local redevelopment agencies. Until the State Legislature and Governor Brown dissolved them in 2011, they devoted 20 percent of their tax increment financing to publicly subsidized housing, usually built through non-profit housing corporations.

Given this noteworthy history, how have we ended up with a steadily worsening housing crisis in the United States, with at least 600,000 people homeless on any given night. Furthermore, a basic two-bedroom apartment is beyond the financial reach of the poorest renters in every American county.  According to the National Low Income Housing Coalition:

“In most areas of the U.S., a family of four with poverty-level income earns no more than $25,750 and can afford a monthly rent of no more than $644. The national average fair market rent for a one-bedroom home is $970 per month and $1,194 for a two-bedroom home, far from affordable for a family in poverty.”

Of course, in expensive housing markets like Los Angeles, the housing crisis is much worse because the average rent for a two-bedroom apartment in LA is $2,900 per month. About 10 percent of the country’s homeless live in Los Angeles County, with individuals and encampments visible in every community, no longer corralled into DTLA's historic Skid Row neighborhood.

This housing crisis did not happen by itself.  It is the result of deliberate policy decisions at every level of government over the past half century. These are the most important steps that produced this crisis, with every expectation it will continue for years to come.

Step 1) Beginning with the Nixon Administration (1968-1973), the Federal government gradually liquidated HUD public housing programs. This purge gas been so complete that some local activists use the European term, social housing. Are they unaware that 1.1 million units of legacy public housing remain in the United States, and they house 2 million people? If these HUD programs had continued, this country could be filled with an additional million units of low-cost public housing to meet the needs of the homeless, rent burdened, and over-crowded.

Step 2) Failing to index the 2009 Congressionally adopted $7.25/hour minimum wage to inflation or the price of housing has left millions priced out of housing. The supply is there, but for too many tenants, the rent is too damn high. The cost of existing housing forces them to live in overcrowded conditions, pay more than 30 percent of their income on rent, live in cars, or sleep on sidewalks. 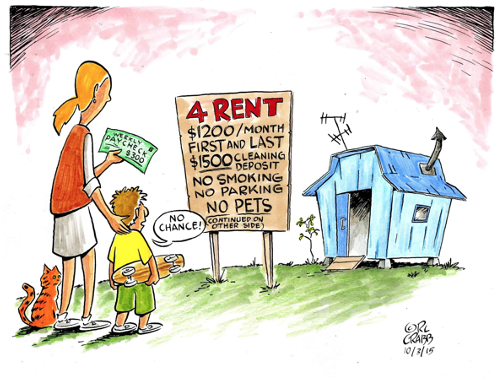 Step 4) Cutting back spending on social services, mental health, and addiction outreach in California left many of those forced to live on the streets without proper care.

Step 5) Relying on the Los Angeles Police Department to treat homelessness as a crime has forced many encampments to relocate to other neighborhoods, without ameliorating the underlying causes of homelessness.

Step 6) Privatizing public housing, by, for example, offering density bonuses to private developers who pledge to rent approximately 10 percent of completed units to low-income tenants has not succeeded, according to LA City Controller Ron Galperin

Step 9) Counting building permits issued for density bonus apartments, instead of low cost rental units completed and rented to certified low-income tenants, creates a false impression that the privatization of public housing is a viable alternative to HUD and CRA projects.

Step 12) Blaming immigrants in red states for the housing crisis and owner-occupants of single-family houses in blue states for homelessness conceal the real culprits. The elected officials responsible for cutbacks in public housing and public health programs are off the hook. Meanwhile, the speculative real estate investors who so benefit from up-zoning evade media attention. This is why the counter-terms of WIMBY (Wall Street in My Backyard) and Fauxgressive (fake progressives) have been deployed to reveal who is hiding behind the curtain.

These are the most important steps responsible for the current housing crisis. They also explain why this crisis will not heal itself, but that it could be reversed so everyone will have a roof over their head, regardless of their income or location.

(Dick Platkin is a former Los Angeles city planner who reports on local planning issues for CityWatch.  He is a board member of United Neighborhoods for Los Angeles (UN4LA) and co-chairs the Greater Fairfax Residents Association. Previous Planning Watch columns are available at the CityWatchLA archives. Please send questions and corrections to [email protected].)