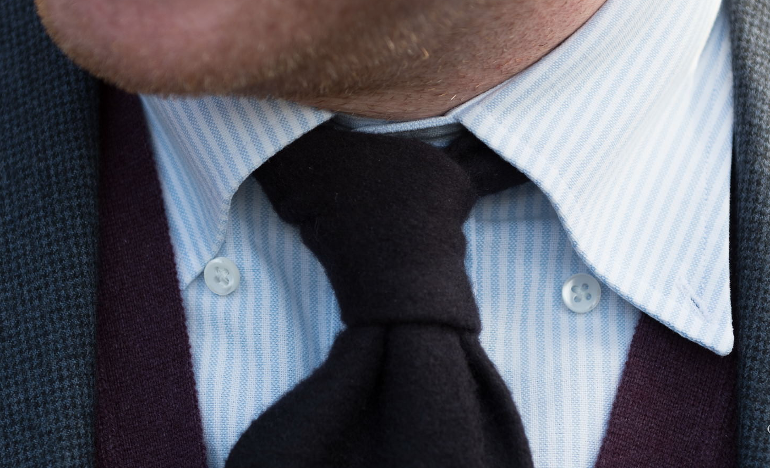 THE CITY-The Board of Supervisors gave Sheriff Alex Villanueva three minutes to speak at Tuesday's board meeting.

He rambled on about how unfair the Board was being to his deputies who the board was alleging had engaged in horrible conduct toward family members of victims who had lost loved ones following encounters with the department.

I registered to provide a comment but once again the board announced it would only take 60 minutes of public comment total -- including agenda items and general -- and ran out of time before all speakers could be heard.

The Board did manage to find the time to issue dozens of  “adjournment for the fallen,” which entails each Supervisor lecturing in remembrance of someone recently deceased. Or as in Sheila's case Tuesday, thirteen recently deceased. She bellowed on for 21 minutes.

Both the city and the county tagged the first lady of Galpin Ford and of course, Eli Broad. RIP.

The entire board meeting lasted four hours and seventeen minutes.

The new frat-house vibe at City Council could not collectively resist the realization that the public input had been scrambled.

Mark Ridley-Thomas:  I understand, waiting on the Swahili from you man.

Mark Ridley-Thomas:  I am ready for it. If we opened the meeting with that, it would be good.

Gil Cedillo:  It's winter in America.

Mark Ridley-Thomas: This revolution will not be televised. . .

Here is the link to the session in English. Or. . .Spanish.

Translation:  The Public is Trespassing

Last month, the Ethics Commission meeting lasted only 18 minutes and there was literally only one public speaker. I imagine their Budget request will be expedited.

A small incident in the Ethics Commission waiting room drew my eye to the fascinating prominent warning that if you were disruptive at all or unauthorized in some way, you would be asked to leave or subject to arrest. Arrest?

I was in no mood to argue. I had just come from Controller Galperin's office where a records excavation related to the Jamison Services Inc. organization's ongoing business with the City of Los Angeles was doing the opposite of providing confidence that the public's resources are being properly watched over by our various public agencies.

In over 100 days nobody from GSD, Controller Galperin's office, Wesson, O'Farrell. . . nobody seemed to know the status of our work with a robust provider of downtown real estate. Odd, because the county had reluctantly opened its kimono on this.

Mr. Ridley-Thomas is a certainly a good resource on Jamison. We all are!

Marisol, the very good receptionist in Ethics that day instantly buzzed Sergio Perez who served as the enforcement director from August 2014 to June 2018. He had a brief stint working for the Sheriff's constitutional policing department, now dis-banded, and landed as executive director of the Orange County Office of Independent Review. The position has been mired in controversy.

Mr. Perez, who had never responded to my complaints about Mitchell Englander taking 12 maximum donations from Taser (Axon) executives during an active procurement for officer worn bodycams, forcefully explained that copies of meeting agendas would not be made available for FREE.

As an attendee of many more Ethics Commission meetings than Mr. Perez, I reminded him that staff always provide at least a dozen or so free copies of each agenda item at every meeting, and, invariably, as one of the three members of the public, on average, who attend the regular Commission meetings, I always get my copies at the meeting. Mr. Perez shook his head, crossed his arms. "No, Mr. Preven."

I scanned the walls. . .looking for a bulletin board, but there were none in evidence. Only older citations and scrolls from City Hall politicians touting and honoring the excellence and transparency of the commission.

For one thing, Mr. Perez was wearing a necktie, but both of Mr. Perez's collar buttons had come undone.

I had recently read an article on the subject and learned that: Leaving your collar buttons undone — with the collar flapping around and the buttons just sitting there, sad, and unused — will make your outfit look undone, or as if you hurried out of the house before you could finish dressing. The only exception to the rule is that some men do choose to leave collar buttons unbuttoned for an artfully casual and carefree style. That kind of aesthetic can work if you're wearing shorts or headed to the beach, but for squeezing a taxpayer for a public meeting agenda fee, you're better off keeping the collar buttoned and the roll firmly in place.

For some reason, that fateful day on the 24th floor, Mr. Perez was also in no mood. (We now know, hindsight 2020, he was trying to conceal a second agenda that had been buried on the web site.)

Eric Preven:  What are you talking about? I'm here for the agenda.

Eric Preven:   I'm not raising my voice. I want a copy of the agenda for the public meeting. Thank you, Sergio. I'll handle this. Marisol, would you mind asking Heather (Holt) or David (Tristan) to come forward. Sergio, you are welcome to resume your enforcement activities. Many, thanks.

Eric Preven:  I'm not raising my voice, am I, Marisol?

Sergio Perez:  I will call security if you do not stop disrupting our workflow.

Eric Preven:  Sir, I am not disrupting your workflow. I am here at the office to pick up an agenda for the public meetings of the Ethics Commission on Tuesday.

Eric Preven:  Not sure, I just came up here to get an agenda and we're having a little disagreement as to whether I am going to cough up $21 for a copy. They give 'em out at the meeting.

Monahan:  Are you serious?

Jones:  Is it a public meeting?

Eric Preven:  Yes.  I must tell you I am  confused by this. And to bother you guys. . .I mean there are real public safety issues presumably. My apologies.

Sergio Perez:  Hello officers, thank you very much for coming up. (opening door to the back)  C'mon in here and I'll explain.

Eric Preven:  No, thanks. I'm a public guy, and Mr. Perez is saying weird stuff, so feel free to have your discussion right here in front of me.

(Jones - 34106 returned to the outer area. Perez shrugged and followed.)

Eric Preven:   That is nonsense, I'm sitting here quietly waiting for a copy of the public meeting agenda.

Sergio Perez:  Can I finish? He needs to go. He's harassing our staff, and we've had to call security before.

Eric Preven: What are you talking about? I have not harassed anyone. You can't say that. . .what are you doing?

Sergio Perez:  We had to put up this trespassing sign because of him.

Eric Preven:  That's not what City Attorney Hugo Rossitter said when I asked him that very thing.

Jones:  What do you say, Mr. Preven? He wants you to leave.

Eric Preven:  Guys, I am very sorry. This has nothing to do with you, but if Mr. Perez won't produce his supervisor, I'd like to speak to yours. Very sorry. I have not disrupted anyone or anything and he's making weird claims while refusing to give me a public meeting agenda.

Sergio Perez:  He has to go.

Eric Preven:  I need to speak to a supervisor.

Sgt. Gonzalez:  (extending hand)  How is it going?

Eric Preven:  Not bad, very sorry about this. This is embarrassing and there is obviously no good reason for four law enforcement officers including you, sir, to be here. But I am not going to leave without a public meeting agenda. I'm here for an agenda that they typically hand out five minutes before the meeting on Tuesday. . .not everyone in LA is able to get online, so if you come here to the office of the agency, you should be able to get an agenda.

Sergio Perez:  We haven't printed them out yet.

(Sergio goes back into the office.)

Eric Preven:  (to Sgt. Gonzalez)  So, he's willing to print it out, even though staff resources are tight. . .but four sworn LAPD personnel [are] on this. I wonder why he won't simply provide a copy of the agenda. Once again very sorry. I have what I think is a fair solution. I am willing to write a check for the blasted $21 right now. . . He can take it. This will signal Marisol, who is excellent, that it is okay to print out the copy. Then, I go. This has taken an hour. On Tuesday, Sergio brings the check that I wrote to the meeting and rips it up. No harm, no foul. No extra cost. If I don't show, he can cash it.

Sgt. Gonzalez:  That sounds reasonable. Let me see what I can do.

The negotiation continued but Gonzalez could not persuade Sergio, who identified himself as the number three ranking employee of the Ethics Commission staff.

The only possibility of getting out of that office with a copy of the various concealed public meeting agendas was to cough up a pared-down (by me) $3.30.

We wrote about the hearing here.

Just to be safe, I asked Vivienne Swanigan of the City Attorney's office to file a formal complaint against Mr. Sergio Perez for making false and misleading claims to several LAPD officers by suggesting that I had harassed Marisol, when in fact, I had asked Marisol to get Mr. Perez's boss.

I also sought a copy of the LAPD reports about the events and any other dates for which the city has been gathering FALSE “workplace violence” reports about public conduct.

Nothing has been resolved. By not posting reference to 602.1 (c)  shown here, the City is treading dangerously close to violation:

(c) This section shall not apply to any of the following persons:

(1) Any person engaged in lawful labor union activities that are permitted to be carried out on the property by state or federal law.

(2) Any person on the premises who is engaging in activities protected by the California Constitution or the United States Constitution.

As for how the Spanish translation was finally added, that’s a story for another column.

(Eric Preven is a longtime community activist and is a contributor to CityWatch.) Edited for CityWatch by Linda Abrams.