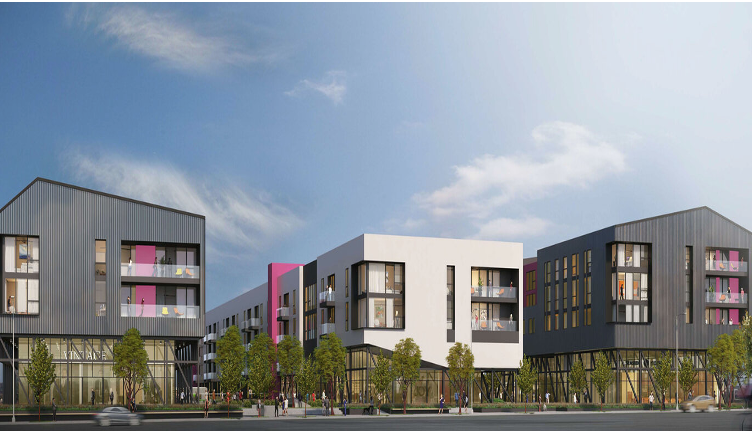 EASTSIDER-The developer slime on this one seemingly has no end. I have written about it a couple of times before.

Regarding the scope of the project itself.

“EASTSIDER-Right by an elementary school, across from the restaurant that was formerly Mom’s Tamales, the troubled Avenue 34 Luxury Project wants to use old, outdated data to gentrify Lincoln Heights and cycle out the mostly low-income largely Latino and Asian folks who actually live in the area.

As stated by Urbanize Los Angeles in October of last year,

Since the case got appealed to the City Planning Commission, here’s what that august body faced when they had a second day of hearings on the project.

“And looking at just this tip of the iceberg that the Lincoln Heights Community has been able to unearth in a very short period of time, it looks like the ghost of Huizar is all over this project. Former staff, developers, architects, project lawyers, community outreach folks, and lobbyists all linked to greater or lesser degree. Just like the litany of players in the Tax Credit Joint Application.

I certainly don’t have the resources and skill set to pursue this project to its end, but I would urgently suggest that the LA City Planning Commission grant the appeal before it, unless they want to look like a bunch of shills for developers.

I’d like to thank all the community activists who have helped me on this journey in doing the right thing -- like a number of individuals from Lincoln Heights, and the Lincoln Heights Neighborhood Council Land Use Committee who have had a heck of a time with outsiders.

And the blog LincolnHeightsIntel, that organized and has produced 3000 signatures in opposition to this project. That’s right. They’ve organized more people than probably bothered to vote in Jose Huizar's last election.”

Of course, in a vote that surprised no one, the Planning Commission gave the project a go ahead vote. Gee, I wonder who these imposing personages are who sit on the Commission?

After the approval in the face of significant evidence against the project, I decided to check out who the heck is actually on the Planning Commission.

The Planning Commission, like all other Boards and Commissions, consists 100% of appointees courtesy of Mayor Eric Garcetti.

Here’s what we got:

Dana Perlman -- A lawyer specializing in real estate and business at Perlman & Associates.

Yvette Lopez-Ledesma -- 14 years at the nonprofit Urban to Wild as Assistant Director, dealing with urban parks and open space.

That’s the context for this week’s Avenue 34 Surprise, a sudden motion to give the developers $100 million in bonds for their wonderful destruction of yet another community of color.

CD1 Tries to Slide One Through

Hat tip to the Lincoln Heights Intel folks for this one. They’ve been all in on this developer’s gentrification bid all along. Also, Richard Larson.

So magically, on April 27, 2021, Gil Cedillo makes a motion with the following big red stamp:

“To City Clerk For Placement on Next Regular Council Agenda To Be Posted.”

After the usual verbiage, we see the ploy:

“I THEREFORE MOVE that the City Council hold a TEFRA Hearing at the City Council Meeting to be held on Tuesday, May 4, 2021 and adopt the attached TEFRA Resolution to allow CSDA to issue bonds in an amount not to exceed $105,000,000 to provide financing for the acquisition, development, improvement, and equipping of a 67-unit residential housing project located at 141 West Avenue 34 in Council District 1.”

Unfortunately for CD1, the savvy folks in Lincoln Heights are both paranoid (justified) and smart (oops) and hopped on this attempted manipulation of their community. In short, they started raising holy hell.

If you are interested in exactly how our elected officials try to do this kind of sleight of hand, you can find Council File 20-1359 here.

So what does all of this mean? For one thing, it demonstrates that when one of the big developer machines wants something in a City Council District, they’re gonna get it in the end, even as the entire City Government manipulates the tools to screw the stakeholders that live in their district.

This isn’t a one-off. The City Planning system is rigged, the City Planning Commission is rigged, and the “elected” City Councilmember will lie through his/her teeth as they manipulate our system against us. . .to benefit the money that bought them the seat.

And Gil Cedillo isn’t the only poster child for all this. How about Mayor Eric Garcetti and the famous Millennium Project? Skyscrapers on a fault line. With Mitch O’Farrell following his old boss’s lead in CD13. You can read about this insanity (still in litigation) here.

Or our brand new (but not new in how he operates) Kevin de León in CD14. His spiffy “Homeless Initiative” is doing pretty good for whom? The homeless end up sucking freeway fumes in violation of Judge Carter’s order, and the neighbors are all up in arms. Yet that is his self-branded major initiative.

OK, so now I’m depressed. How about those 2022 City Elections?