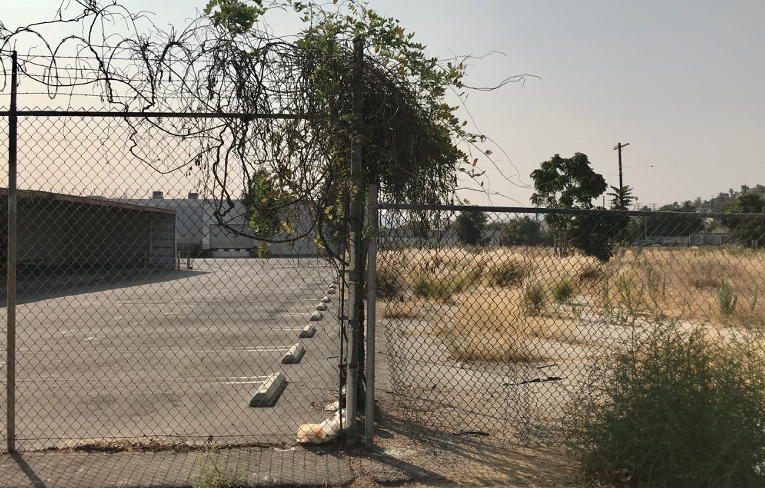 EASTSIDER-Right by an elementary school, across from the restaurant that was formerly Mom’s Tamales, the troubled Avenue 34 Luxury Project wants to use old, outdated data to gentrify Lincoln Heights and cycle out the mostly low-income largely Latino and Asian folks who actually live in the area.

As stated by Urbanize Los Angeles in October of last year,

In an even rarer moment, CD1 Councilmember Gil Cedillo actually wrote a letter to the Commission, urging them to put a pause on the project.

So, let’s take a closer look at this Planning Department giveaway.

The 2020 Director’s Determination under appeal includes “a 70% increase in density bonus” under the disproven TOC theory. That’s how they get to 468 luxury units, with only 66 (14%) “very low-income” units.

With a median income in the area of of $39,000 per year, this is a pipe dream. Think deliberate displacement of the largely Latino and Asian residents. Thanks a bunch, CD 1.

“In 2016-17, Measure S, the Neighborhood Integrity Initiative, scared the bejeezus out of Big Real Estate and its cronies.

To understand what went on, you do not need to be a whistleblower, like the City employee who reported that former Director of Planning, Michael LoGrande, blatantly violated the LA’s revolving door law. For example, in the current Fix the City lawsuit against LA’s Transit Oriented Communities Guidelines (TOC), the dirty tricks were hiding in plain sight. Fix the City simply gathered up enough publicly accessible facts to mount a robust legal challenge against the TOC Guidelines. This real estate scam is rooted in the lavishly funded efforts to defeat Measure S, the Neighborhood Integrity Initiative.”

Just to demonstrate what happened to what used to be called a Planning Dept, there have been two letters of determination on the project, which has had two developers. The first was back in 2016, and now with a new developer we have another, 2020 Letter of Determination.

However, when you start to actually look at the documents, some sleazy slop stands out.

First, the projects have substantially changed from the original proposal.  As Urbanize LA described the current proposal late last year:

Contrast this with the 2016,version:

“The project is considered an update to a previously entitled development at the same site, according to Andrew Brady, an attorney with DLA Piper who represents the applicant. The original plan - which employed density bonus incentives rather than the Transit Oriented Communities guidelines - called for nearly 100 fewer housing units and less than half the amount of affordable housing now proposed.”

Although not mentioned in the article, the Planning Department used the same documents and analysis from the 2016 version, with no new review or substantive change at all, including some questionable findings on environmental safety, even as the scale of the project skyrocketed.

As it turns out, it is a relatively simple task for a Planner to bury and divert attention away from problems in a Letter of Determination, given the literally thousands of pages of documents involved in a large project.

Case in point -- a property next to the proposed  building project, has known and serious pollution problems.  Yet the Determination letter from the Planning Department simply indicates that there are no anticipated problems.

Yet the adjacent site in question was home to Welch’s Dry Cleaning from 1920-1968 and involved dumping dangerous chemicals for over 60 years. I think they were even a Superfund site for a while. But you wouldn’t know this without looking through the some 1560 plus pages of the Phase 1-Environmental Study.

Further, if you believe the Determination letter, the proposed site is a virgin, with no possibility of the crud from an adjacent site migrating over to the proposed site. No sir, no need to check it out before 1500 or so people buy a unit.

The Planning documents say, “not to worry,” based on a determination that the water table will only have water moving in a single direction, away from the new site. However, the Department of Toxic Substance Control confirms that the groundwater runs through this property, not away from it as the Phase 1 suggests. With no scientific backup. Within a couple of hundred yards of the Arroyo, and under 2 miles from the LA river! If you believe that. . .

Amongst other things the Director’s Determination fails to mention some other groundwater issues. In a Groundwater Monitoring Report, it turns out that a number of decommissioned wells still show elevated readings. Also, a chart to the report shows highly fluctuating readings over time. Thus, the certainty implied in the Determination is not based on solid, unchanging data.

I could go on, but this article would be way to long for most folks to read. So thanks to some activists, I obtained a 1560+ page tome called the “Phase 1 Environmental Site Assessment.” I dare you to read it.

Anyone who drives around the area from Figueroa & Ave 26th by the Home Depot, towards the Animal Control Shelter, or up Pasadena to Mama’s Tamales & the elementary school, knows that the roads in the area are a rats nest of one way streets, dead ends, and substandard roadway.

Yet Pinyon, the developer, thinks that 287 parking stalls will be enough for 1500 residents, and 24 parking stalls can handle 3 retail stores with a combined 14,000 square feet.

Hogwash. The exit for the two-level underground parking structure is onto a narrow one-way street with a blind corner. The  streets in the area are a mess and cannot take the impact of a huge luxury development, and it’s reasonable to assume that those who can afford the prices of these units are going to have one or more cars they intend to house in the complex.

Yet I hear nothing from the City or the developer indicating that they are going to pick up the tab for the extensive and expensive street improvements that need to be done.

With the LHNC Land Use Committee effectively muzzled by an out of control BONC and DONE, its Chair Richard Larson has still done a good job, as has the Community Coalition. With absolutely no effect on the developer juggernaut in front of the Planning Commission. Even as there are credible reports of Pinyon paying people to testify in favor of the project and against the community.

Apropos of which, DLAPIPER’s own website proudly boasts how the developers’ attorney, Andrew Brady, specializes  in exemptions for his clients.

Currently the Planning Commission, faced with a tsunami of local opposition, voted to give a few weeks pause. So, while we’re waiting, consider this little factoid.

If you look at how the three high-rise buildings are going to be set up, it appears that all of the poor-folk “affordable” units are going to be exclusively in the two shorter buildings, with the expensive units in the taller third building. Presumably, so the rich folks don’t have to be bothered with the poor diverse folks.

As a child of the sixties, we used to call this “segregation.” The government even had laws prohibiting it, there being a high correlation of the race and income of those affected. Is this somehow acceptable in Los Angeles? Wonder if the law still applies? (hat tip Paula Bagasao, PhD)

All I can say is I sure hope that the letter Gil Cedillo sent to the City Planning Commission was more than a temporary finesse. If the Councilmember stands firmly behind the community, it should be enough to make the Commission take serious note on October 8 and support the appeal.

In the meantime, you might want to contact the great folks it the Lincoln Heights Community Coalition, who provided a lot of the data for this article. For more information from the community, visit www.saveavenue34.com.  It’s worth a visit.