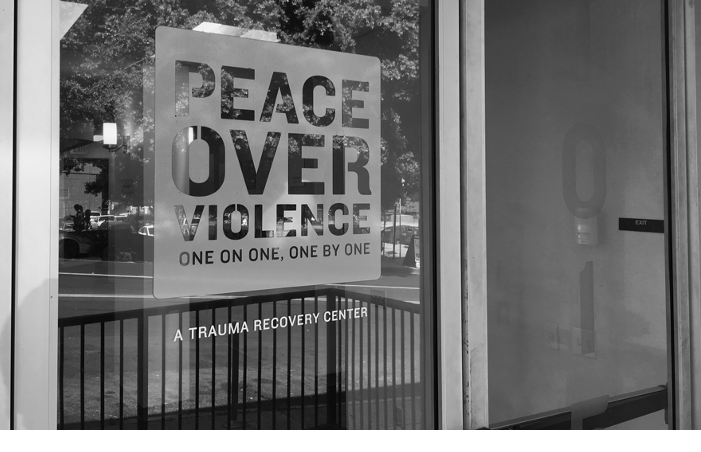 THE CITY--Apparently, Eric Garcetti, the mayor of Los Angeles never noticed that his close partner and fundraising champion, Rick Jacobs, with whom he has been embedded for years, had been sexually harassing his LAPD security detail and tongue kissing journalists without authorization or consent.

The mayor who was a Rhodes scholar and naval intelligence officer said in a deposition that he “has never seen anything that looked more than a courtesy greeting.”

Allegations are allegations and we can be sure that the mayor and Amy Wakeland will fight to preserve the sanctity of the work environment at the mayor's office. The minor snag is the principal victim of harassment, was a sworn police officer.

Yes, LAPD officers do make stuff up, but victim blaming is definitely not in fashion.

What is in fashion, is destroying your opponents, like the Sheriff, and protecting those that work well with others like Skip!

Some may recall the wicked effort by Fox 11 that suggested a hotline contract had been handed over to "Peace Over Violence" [POV] but only received a few calls, and so Sheila Kuehl, a progressive icon (and activist dedicated to destroying public comment) who sits on the county board, the metro board and the board of POV, said she'd be willing to pay any price to have a hotline if it helps even one victim.

Conflicts of interest between Kuehl and POV were apparently never disclosed, “Nobody knew about that past relationship,” the whistle blower told Fox.  And in addition to no-bid contracts, concerns were raised about cronyism between Sheila and Patti Giggans, her choice to head the Sheriff's Civilian Oversight Commission with subpoena power over her least favorite elected official.

Fox went after Sheila, likely the Sheriff's least favorite supervisor, for the Metro contracts with POV ...but downplayed that Eric Garcetti, the metro board chair and mayor was giving Sheila a run for her Peace over Violence money.  At a rate of nearly $45,000 a week. Yikes.

Despite all that "crisis intervention, support and referral information, Counseling, case management and emergency response..."  Garcetti still got a sexual harassment hairball, right in the old Yashar Ali kisser.

Hindsight really is 2020 and now the mayor's typically diplomatic spokesman, Alex Comisar, coming unhinged when asked about POV contracts makes perfect sense. Everyone at the mayor's office needs a brave place to speak their mind--just not while Garcetti was still dreaming of a cabinet post.

It's important to state, any work being done to mitigate the horrible impact of sexual and domestic violence is worth supporting. The concept of delivering such services "at any price" requires more consideration.

POV at a Glance

POV is skilled at applying for and qualifying for Federal and State grants and so helpful to the Mayor and Supes.  There is a lot of confusing BS and a lack of transparency in this space that leaves millions of dollars for the taking with cooperative partners. #BlumenfieldKnows

In one document, it was disclosed that they charged the county for 1108 gift cards @ $50 per card from "Visa, Ralphs and Target"

You know who handed out a lot of gift cards?   The Mayor's fund.  That's a horrifying thought that Rick Jacobs,  in a room full of freshly minted money cards, inducing... "Sir, you're disrupting the meeting."

Patti Giggans, like Rick Jacobs, understands the importance of fundraising, but she's far more appealing than Jacobs, who has never been seen in the same room as Joel Bellman, Zev Yaroslavsky's former communication deputy.

Giggans fits nicely alongside Father Greg Boyle the founder and director of Homeboy Industries when it comes to regional popularity, longevity and reverence.

The Sheriff may not be a fan but maybe even he needs a brave place to speak up.

At five million a year, POV is doing fine where other not-for-profits have struggled. It certainly helps to have friends in high places.

In 2019 POV had approximately 65 employees, up from 40 a couple years ago and boasts over 200 active volunteers. "Volunteers are the lifeblood of our organization."

At the city, an ever-increasing number of hard to decipher contracts and extensions for DART (domestic) and SART (sexual) resulted in a number of calls.  But the annual report said 1,700 emergency calls total between Los Angeles and Pasadena together, so not sure about the split/breakdown.

Domestic Violence trainings and other referrals resulted in nearly $2,000,000 from the City of LA to POV since 2018 if you believe Controller Galperin's CheckbookLA.

During the pandemic, the demand for POV services has increased and their response has been to expand into a larger Metro Headquarters on Wilshire Boulevard.
There does not appear to be anything out of whack with the "Peace Over Violence" 990s. They should be dropping their next 990 soon.

The county auditor-controller, Arlene Barrera, claims to have seen a slight reduction in county Fraud during the pandemic, but when asked in September about  "Peace Over Violence" work at the county, the county bogged down or something worse.

In the old days one might speak up in general public comment about support for the program, with a nod to always do competitive bidding because it is essential so the victims get the services they need while the taxpayers are charged a fair price.  And finally, a caution about flying a banner of Domestic Violence, while raking it in...

The Investigative Reporters and Editor's Golden Padlock Award recognizes the most secret publicly funded agency in the United States Government at all levels. The county has been fighting hard to earn an endorsement.

Without going too far down the virtual laundry list of things that the county is withholding like the Skip Miller billing records and the invoices and metadata from AT&T etc.

This just in: the county provided records showing that of the six times during the pandemic that they went behind closed doors to initiate litigation, two were handled by Miller Barondess, LLP.

And that's not counting the LA Alliance, the Sachi Hamai $1.5M and the destroy-Saladino, destroy-Villanueva initiatives.

Once could make a public comment about that, too.

(Eric Preven is a Los Angeles activist and CityWatch contributor. )