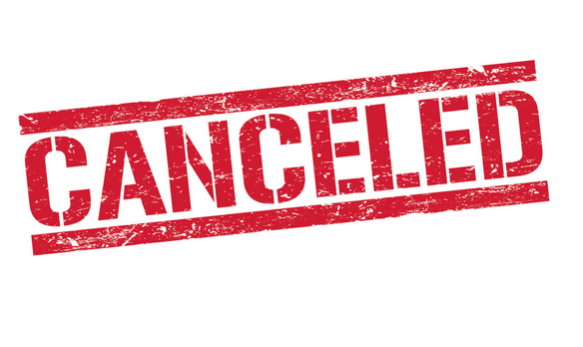 A PLEA TO THE LA COUNTY BOARD AND THE LA CITY COUNCIL--In this grave hour, I send out to my two favorite jurisdictions, this message, written with the same depth of feeling for each of you as if I were able to cross your threshold and speak to you myself.  Unfortunately, due to the pandemic, in-person meeting has been impossible.

For the second time, an insufficiency in both the quantity and quality of public comment opportunities for the people of LA County and the City of Los Angeles has been identified.

This coming week the Board of Supervisors has canceled its regular open meeting on Tuesday 9:30am and replaced it with a special closed session.

The City Council has indefinitely canceled Friday meetings and decided to limit the total time for public comment from its 4 million residents to 35 minutes, that's including general public comment and any comment on agenda items.

An actual and existing controversy exists between us because we contend, and the City and County dispute, that their actions and inactions described herein (but also, that will be elaborated on elsewhere) violated and continue to violate the Trifecta of open government laws.  The California Constitution (Art. I § 3(b)(1) and (2)) and the California Public Records Act (Government Code § 6250 et sec.) and the Ralph M. Brown Act (Government Code §54950).

We seek a judicial declaration that the City and County have violated and/or continues to violate constitutional, statutory, administrative and common law provisions requiring the agencies to provide the public with access to duly requested records such as a) Miller Barondess Invoices  b) metadata for County Board meetings as provided by City and Los Angeles County MTA  c) AT&T invoices billing for teleconferencing services for the City, the County & Los Angeles County MTA.

If the decision to deny copies of public records is a discretionary act, then the City and County have abused that discretion.  At this point, there is no plain, speedy, and adequate remedy at law other than this action.

Over and over again, we have tried to find a creative solution to the differences between our understanding of the open meeting law in California; but it has been in vain.

We have been forced into a struggle, for which we are called, to meet the challenge of a principle which, if it were to prevail, would be fatal to any scheme of truly open government.  It is a principle which permits the local elected officials to cancel their public meetings and replace them with Special closed session meetings.

Even when they do post regular meeting agenda, the Board does not provide a Brady Bunch grid on Zoom so that the public is able to “retain control of the instruments” and be sure our officials are listening and not simply bossing around staff in their pajamas.

Such a principle, stripped of all disguise, is surely the mere primitive doctrine that "the inconvenient public" is unimportant,.  If this principle were established throughout the county, the freedom of the people to participate would be in danger.

“The people do not yield their sovereignty to the agencies which serve them. The people, in delegating authority, do not give their public servants the right to decide what is good for the people to know and what is not good for them to know. The people insist on remaining informed so that they may retain control over the instruments they have created.”  (Government Code §54950)

But far more than this, the people of Los Angeles need to know that our leaders do not actually believe that we are so collectively dim, that we would accept the current status quo.

For the sake of all that we ourselves hold dear, and of the greater good, and the importance of delivering withering broadsides to our badly corrupted local officials, it is unthinkable that we should refuse to meet this challenge.

It is to this high purpose that we now call on the public to make this cause their own.  We ask them to stand calm and firm and united in this time of infuriating litigation.  Please do not send money, but feel free to send suggestions to the City Clerk holly.wolcott@lacity.org or Executive Officer [email protected]

The task will be hard. There may be a period of discomfort, but the fight can no longer be confined to the darkened corridors, we can only do the right as we see the right, and reverently commit ourselves to ensure our right to redress grievances, occasionally with music.

In service, we have already initiated contempt proceedings against the City of Los Angeles for denying public comments at a Special Planning and Land Use meeting chaired by Marqueece Harris-Dawson of February 4th, 2021.  We are all beyond excited to have, Scott Marcus, acting Chief of City Litigation assisting by answering the allegations.

For all the named and unnamed in this action, we humbly request a recording of all Zoom proceedings be created and posted.  If one and all we keep resolutely faithful to inspiring and improving rather than insulting and humiliating, ready for whatever service or sacrifice it may demand, then with Judge Patricia D. Nieto of Los Angeles Superior Court Dept. 24, we shall prevail.

I declare under penalty of perjury under the laws of the State of California that the foregoing is true and correct.  Please offer sometimes to meet and confer.

(Eric Preven is an occasional contributor to CityWatch.)