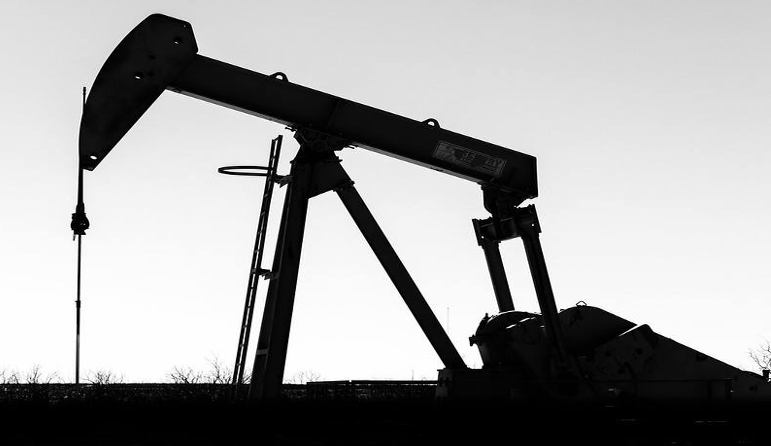 but still managed to defeat legislation it opposed and getting CalGEM, the state’s gas and oil regulatory agency, to double the number of new oil production well permits approved in the state.

Aera Energy has close ties with the Governor’s Office. In November, the San Francisco Chronicle reported on how Governor Gavin Newsom didn’t follow his own COVID pandemic guidelines when he attended a birthday party for Jason Kinney, a close friend and advisor, at the French Laundry Restaurant in Napa. Kinney is a lobbyist for Axiom Advisors, who lobbies for Aera Energy and other energy corporations.

Jointly owned by Shell and ExxonMobil, Aera produces nearly nearly a quarter of California’s oil and gas production. Aera paid Axiom Advisors $200,000 during 2019 and 2020 for lobbying on oil and gas permitting issues and other matters, according to Donny Shaw and Eric Seidman in Sludge.

The oil companies were amply rewarded for the over $10 million that they spent on lobbying last year. In a year of record fires and an unprecedented pandemic, California oil regulators more than doubled the approval of permits in 2020 to drill new oil and gas production wells.

“Largely because of a moratorium on high-pressure cyclic steaming -- a dangerous technique burning carbon-emitting natural gas to make steam used to coax stubborn oil out of the ground – permits for all types of drilling dropped 14%. Very few drilling permits were used to drill new wells -- only 60 new wells were drilled in 2020,” the groups noted.

Since January of 2019, a total of 8,129 oil and gas drilling permits have been approved by the Newsom Administration.

Lobbying is just one of the seven methods that Big Oil uses in California to exercise inordinate influence over California regulators. WSPA and Big Oil wield their power in 7 major ways: through (1) lobbying; (2) campaign spending; (3) serving on and putting shills on regulatory panels; (4) creating Astroturf groups; (5) working in collaboration with media; (6) creating alliances with labor unions; and (7) contributing to nonprofit organizations.

The inordinate influence by Big Oil on California politicians and regulators has resulted in widespread air, ground and water pollution with huge health impacts on mostly Black and Brown communities living near oil and gas wells.

Between 2008 and 2018 alone, oil and gas companies created a statewide total of over 1.3 trillion gallons of oil and gas wastewater in California, enough liquid to fill over 17.6 million household bathtubs, according to a new report released by Earthworks, along with allies VISION California and Center for Biological Diversity.

The report reveals that California, often portrayed by the state’s politicians and national media as the nation’s “green” and “progressive” leader, is actually one of the worst states in the U.S. when it comes to regulating the oil and gas industry waste.

The regulatory failures range from allowing crops to be irrigated with potentially toxic and radioactive wastewater to storing waste in unlined pits or injecting it into protected groundwater aquifers, according to Earthworks.

Since the first oil well was drilled in California in 1861, oil production has steadily grown in the state. In 2017, California was fourth in the nation in crude oil production, the report noted.

However, by February 2019, the state dropped to the seventh-largest producer as measured in barrels per month. California still produced over 160 million barrels in 2019, despite its dropping share of national crude oil production.

Catherine Reheis-Boyd, President of the Western States Petroleum Association, and former Chair of the Marine Life Protection Act (MLPA) Initiative Blue Ribbon Task Force to create “marine protected areas” in Southern California, described 2020, a year that the oil industry spent over $10 million lobbying in Sacramento in, as “A Year of Innovation in Motion” on her blog on the WSPA website assessing the year of the pandemic:

“There is no doubt that 2020 was a challenging year for us all, but as we move into 2021 we share a renewed sense of hope that even in tough times our industry and our people will continue innovating to create a resilient energy infrastructure that ensures a safe and prosperous future for us all.

We know this because of the unprecedented year we all experienced – where we were asked to be nimbler and more flexible than ever before to deliver safe and reliable fuels. And in doing so, we didn’t stop innovating, we didn’t stop searching for opportunities to better our people, our processes, systems, and products. That is what we call Innovation in Motion – a spirit of constant progressive thinking that propels us forward. In fact, it’s the very definition of innovation to continue evolving, making better and more informed decisions despite the challenges to better shape the future of our industry and our work.”

However, Liza Tucker, Consumer Advocate for Consumer Watchdog, didn’t share Reheis-Boyd’s rosy assessment that 2020 was a “year of innovation in motion” for the oil industry.

“Exxon just lost $22 billion in 2020, its worst performance in 40 years,” said Tucker. “Exxon and Shell own Aera Energy. This pandemic tripped the oil industry into a death spiral. It was an unforeseen catastrophe for oil industry — and has kicked off a determined move among global leaders like the U.S. to begin a serious transition away from fossil fuels to save the planet.”

“Exxon is a dinosaur, a holdout,” Tucker stated. “It is not even pretending to transition away from its core business, oil production. It remains unclear whether the surety bond insurance industry is going to continue to insure oil industry operations. Some companies are just starting to lose their insurance coverage.”

She recommended that the Newsom administration drastically revise how much oil companies are putting up in bonds in exchange for drilling and reworking wells. The state currently has a $9 billion shortage in bonding required to safely close all of the wells in California.

“This is precisely the time the time for the Newsom administration to tell oil companies who see such a bright future to pony up so that Californians are not stuck holding the bag,” she said.

“Some companies such as BP are scrambling to rethink their strategy, yet there are other oil corporations like Exxon/Mobil and Chevron, major players in California, that think that the industry is going to rebound after the pandemic is over. They are doing nothing to effect a real transition away from the oil business. They are doing nothing transformational or innovative to move away from oil and gas – and are jeopardizing the wallets and health of Californians,” Tucker concluded.

It is no surprise that in addition to his longtime relationship with a lobbyist for Aera Energy and other energy companies, Governor Newsom took $97,000 in campaign contributions from the fossil fuel industry in 2019-20, according to the Sierra Club’s “Tracking the Dirty Dollars” project. Check out the fossil fuel industry contributions to California legislators and the Governor here: Report Overview.

(Dan Bacher is an environmental journalist in Sacramento. He can be reached at: Dan Bacher [email protected]. This piece appeared on CounterPunch.org.) Photo: Jonathan Cutrer – CC BY 2.0. Prepped for CityWatch by Linda Abrams.