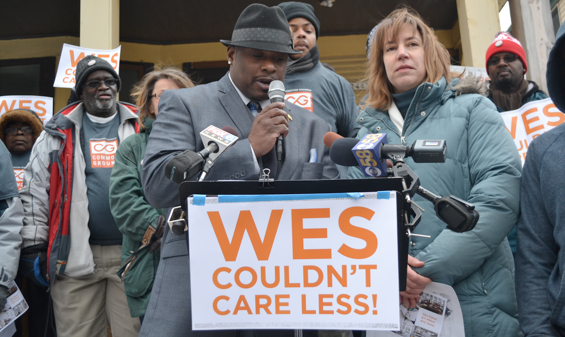 VOICES--When it comes to public/private partnerships, the past four months have been a mixed bag for Milwaukee Bucks’ co-owner and recently exposed defrauder-of-LA-county, Wesley Edens.

On the down side, Mr. Edens just got sent packing by the City of Atlanta where five golf course concessions crucial to one of Edens' most important investment schemes just met their maker.

According to an email blast sent out this Saturday by the American Golf Corporation (the subsidiary through which Mr. Edens runs his golf investments), they "will no longer lease or operate" any of the city’s courses as of November 1st. That’s a big deal, because American Golf has been operating those courses for thirty years. The details of the ways-parting are murky but the big picture is clear.

What has this got to do with LA? On the plus side for Wesley Edens, the profit margin on his golf operations in Los Angeles County and elsewhere around the nation have soared; as announced on a recent investor conference call. Newcastle Investment Corporation is now running a 25% profit margin on its gym-like membership program “The Player’s Club.” 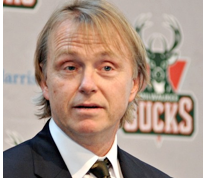 On the dark side of things however, that return violates the “reasonable profit margin” clause of Mr. Edens’ contracts with LA County. And, to no one’s surprise, so far not a peep from LA Parks and Rec. So the good times can continue to roll—especially if the County continues its non-enforcement of American Golf’s contractual obligation to disclose its Players Club membership revenue figures.

Mr. Eden’s current good fortune doesn’t end there. He has been given a free pass on his ongoing violations of LA County’s minimum wage ordinance. At the time of this writing, to cite just one example, La Mirada golf course is advertising a job with an hourly rate below the mandated minimum wage. As of September 9, 2016, Brookside golf course—located in but not owned by LA County—was advertising on the American Golf website a job paying an hourly rate of $8. (Screenshots available upon request.)

And so, while we want to express our heart-felt condolences to Mr. Edens on his recent losses in Atlanta, we also want to ‘congratulate’ him on his expert work in Los Angeles County. He should never forget that whatever may happen in other parts of the country, he's always welcome in the fiefdom of the LA County Supes of the Roundtable.  No mention yet of a possible Edens knighting.