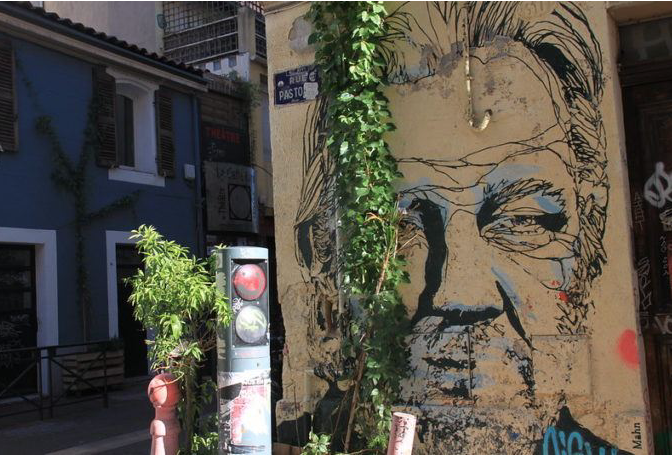 SILENCING FREE SPEECH - Three years ago, on 2 October 2018, a team of Saudi officials murdered journalist Jamal Khashoggi in the Saudi consulate in Istanbul.

The purpose of the killing was to silence Khashoggi and to frighten critics of the Saudi regime by showing that it would pursue and punish them as though they were agents of a foreign power.

It was revealed this week that a year before the Khashoggi killing in 2017, the CIA had plotted to kidnap or assassinate Julian Assange, the founder of WikiLeaks, who had taken refuge five years earlier in the Ecuador embassy in London. A senior US counter-intelligence official said that plans for the forcible rendition of Assange to the US were discussed “at the highest levels” of the Trump administration. The informant was one of more than 30 US officials – eight of whom confirmed details of the abduction proposal – quoted in a 7,500-word investigation by Yahoo News into the CIA campaign against Assange.

The plan was to “break into the embassy, drag [Assange] out and bring him to where we want”, recalled a former intelligence official. Another informant said that he was briefed about a meeting in the spring of 2017 at which President Trump had asked if the CIA could assassinate Assange and provide “options” about how this could be done. Trump has denied that he did so.

The Trump-appointed head of the CIA, Mike Pompeo, said publicly that he would target Assange and WikiLeaks as the equivalent of “a hostile intelligence service”. Apologists for the CIA say that freedom of the press was not under threat because Assange and the WikiLeaks activists were not real journalists. Top intelligence officials intended to decide themselves who is and who is not a journalist, and lobbied the White House to redefine other high-profile journalists as “information brokers”, who were to be targeted as if they were agents of a foreign power.

Among those against whom the CIA reportedly wanted to take action were Glenn Greenwald, a founder of the Intercept magazine and a former Guardian columnist, and Laura Poitras, a documentary film-maker. The arguments for doing so were similar to those employed by the Chinese government for suppressing dissent in Hong Kong, which has been much criticised in the West. Imprisoning journalists as spies has always been the norm in authoritarian countries, such as Saudi Arabia, Turkey and Egypt, while denouncing the free press as unpatriotic is a more recent hallmark of nationalist populist governments that have taken power all over the world.

It is possible to give only a brief precis of the extraordinary story exposed by Yahoo News, but the journalists who wrote it – Zach Dorfman, Sean D Naylor and Michael Isikoff – ought to scoop every journalistic prize. Their disclosures should be of particular interest in Britain because it was in the streets of central London that the CIA was planning an extra-judicial assault on an embassy, the abduction of a foreign national, and his secret rendition to the US, with the alternative option of killing him. These were not the crackpot ideas of low-level intelligence officials, but were reportedly operations that Pompeo and the agency fully intended to carry out.

This riveting and important story based on multiple sources might be expected to attract extensive coverage and widespread editorial comment in the British media, not to mention in parliament. Many newspapers have dutifully carried summaries of the investigation, but there has been no furor. Striking gaps in the coverage include the BBC, which only reported it, so far as I can see, as part of its Somali service. Channel 4, normally so swift to defend freedom of expression, apparently did not mention the story at all.

In the event, the embassy attack never took place, despite the advanced planning. “There was a discussion with the Brits about turning the other cheek or looking the other way when a team of guys went inside and did a rendition,” said a former senior US counter-intelligence official, who added that the British had refused to allow the operation to take place.

But the British government did carry out its own less melodramatic, but more effective measure against Assange, removing him from the embassy on 11 April 2019 after a new Ecuador government had revoked his asylum. He remains in Belmarsh top security prison two-and-a-half years later while the US appeals a judicial decision not to extradite him to the US on the grounds that he would be a suicide risk.

If he were to be extradited, he would face 175 years in prison. It is important, however, to understand, that only five of these would be under the Computer Fraud and Abuse Act, while the other 170 potential years are under the Espionage Act of 1917, passed during the height of the patriotic war fever as the US entered the First World War.

Only a single minor charge against Assange relates to the WikiLeaks disclosure in 2010 of a trove of US diplomatic cables and army reports relating to the Iraq and Afghan wars. The other 17 charges are to do with labeling normal journalistic investigation as the equivalent of spying.

Pompeo’s determination to conflate journalistic inquiry with espionage has particular relevance in Britain, because the home secretary, Priti Patel, wants to do much the same thing. She proposes updating the Official Secrets Act so that journalists, whistle-blowers and leakers could face sentences of up to 14 years in prison. A consultative paper issued in May titled Legislation to Counter State Threats (Hostile State Activity) redefines espionage as “the covert process of obtaining sensitive confidential information that is not normally publicly available”.

The true reason the scoop about the CIA’s plot to kidnap or kill Assange has been largely ignored or downplayed is rather that he is unfairly shunned as a pariah by all political persuasions: left, right and centre.

To give but two examples, the US government has gone on claiming that the disclosures by WikiLeaks in 2010 put the lives of US agents in danger. Yet the US Army admitted in a court hearing in 2013 that a team of 120 counter-intelligence officers had failed to find a single person in Iraq and Afghanistan who had died because of the disclosures by WikiLeaks. As regards the rape allegations in Sweden, many feel that these alone should deny Assange any claim to be a martyr in the cause of press freedom. Yet the Swedish prosecutor only carried out a “preliminary investigation” and no charges were brought.

Assange is a classic victim of “cancel culture”, so demonised that he can no longer get a hearing, even when a government plots to kidnap or murder him.

In reality, Khashoggi and Assange were pursued relentlessly by the state because they fulfilled the primary duty of journalists: finding out important information that the government would like to keep secret and disclosing it to the public.

Patrick Cockburn is the author of War in the Age of Trump (Verso).