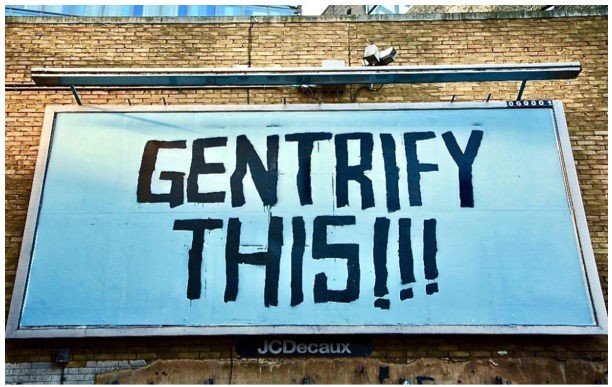 MCDONALD REPORT-From neighborhood activists to city planners, everyone knows that Los Angeles Mayor Eric Garcetti and the City Council love transit-oriented development. What many people don’t know, and what LA politicians would rather not discuss, is that it’s fueling gentrification in the nation’s second largest city.

Teaming up with the Urban Displacement Project at UC-Berkeley, they released a study with several alarming findings. In their own words, they wrote:

UCLA provides a map and data to back up those hard facts. If Garcetti and the City Council haven’t done so already, they should take a long, hard look. 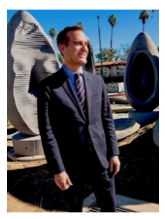 In fact, Paul Ong, director of UCLA Luskin’s Center for Neighborhood Knowledge, says California politicians should use the report to ensure that “progress” through development is “fair and just.”

Instead, Mayor Eric Garcetti and the City Council talk about creating a more “environmentally sustainable” city by cutting down on car usage. Hence, the need for more apartment complexes and mixed-use buildings near bus or rail stops — known as transit-oriented development.

It’s one big reason why, as the Los Angeles Times reported last year, more than 22,000 rent-controlled apartments have been taken off the market since 2001. An LA Times graph shows that disturbing trend dramatically up-ticked during Garcetti’s time as mayor.

All in all, as stewards of the nation’s second largest city, LA politicians have shown that they are not interested in addressing the impacts of gentrification-inducing transit-oriented development. So what are they interested in?

Maintaining power. Or, put another way, keeping their jobs and possibly landing better ones. Politicians do that by raising lots of money, which helps them fend off challengers on Election Day. Enter the deep-pocketed developer.

For years, developers have been key benefactors for LA politicians. They contribute enormous sums of campaign cash and other political money — such as giving to a politician’s favorite cause or “officeholder” account, a kind of slush fund that elected officials use for dining and travel expenses.

Garcetti, in fact, established a non-profit called the Mayor’s Fund for Los Angeles. It has attracted big bucks from developers and various companies  — in its first year, Garcetti collected a whopping $14.6 million.

The Coalition to Preserve LA, which sponsored the development reform initiative known as Measure S, found that developers and other bigwigs in the real estate industry (also known as LA’s “real estate industrial complex”) forked over at least $6 million in campaign contributions to city politicians since 2000.

In the past year, for example, the LA Times reported that billionaire developer Rick Caruso shelled out hundreds of thousands to L.A. politicians and their causes while seeking City Hall approvals for a luxury housing tower for the super wealthy. One beneficiary was Garcetti’s non-profit, which accepted $125,000 from Caruso.

The billionaire developer, by the way, greenwashed the controversial mega-project, a gigantic high-rise plopped down at a gridlocked intersection. To the aggravation of neighborhood activists, Caruso promoted it as a transit-oriented development.

In the end, Caruso and Leung got what they wanted.

As one can see, political money is also part of the gentrification equation. Developers shell out beaucoup bucks to L.A. politicians, and Garcetti and the City Council return the favor by approving transit-oriented and luxury developments. Developers then make tens of millions in profits, politicians have fatter campaign chests, and residents get hit by a wave of gentrification.

Adding insult to injury, Mayor Eric Garcetti and the City Council are selling out the working- and middle-class for what amounts to chump change. One’s life, home, and family are worth much more than $125,000.

(Patrick Range McDonald, an award-winning journalist, was senior researcher and website editor for the Coalition to Preserve LA.) Prepped for CityWatch by Linda Abrams.