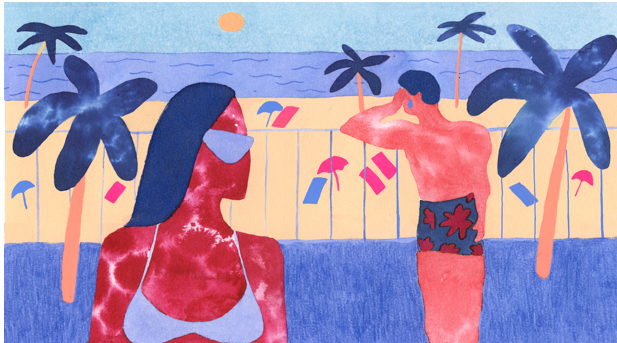 SUMMER OF OUR DISCONTENT-Venice has been a part of the city of Los Angeles for 90 years, but residents have started a campaign to separate the neighborhood to become ... well, it has to figure that out.

But it's SoCal's own Brexit – Vexit.

The Council voted in late July to explore how a split could happen.

One option would be to "detach" Venice from LA City to become an unincorporated part of LA County. Another would ask a nearby independent city like Santa Monica to annex it. The last – and most ideal – is to become its own city.

The movement is because Antonicello and others are increasingly frustrated about the lack of attention it gets from City Hall.

"People in Venice like home rule and they like to control their own destiny," he says. "Small municipalities work very well."

Antonicello argues that Venetians are the best decision-makers to tackle local issues like housing, homelessness, gentrification and more.

Plus, he sees that wealthy Venice is putting more tax dollars into the city's coffers without getting much back in return.

But no matter how it tries to break off and why, it will be tough for Venice to go it alone. "All of these situations are handled by something called the Local Agency Formation Commission," says journalist Isaac Simpson who wrote about the rift in Curbed LA.

The Commission will put the city through a financial stress-test to make sure it can afford to exist without LA's help. East Los Angeles has failed that test several times when trying to incorporate.

If a city passes the Commission's test, then the issue has to also pass two separate referendums: one by the neighborhood itself, and the other by the rest of Los Angeles. That's what thwarted the 2002 efforts to secede by Hollywood, the San Fernando Valley and the Harbor Area of San Pedro. All those votes failed.

"Venice would easily pass its own ballot," says Simpson. "In terms of getting the entire city to let them go as a second-most-visited tourist location in Southern California, the likelihood there seems extremely slim."

But if Venice does succeed, there will be a clear loser: Los Angeles.

"Well, it probably gets a lot poorer," says Simpson, noting that the wealthy tax base of Venice won't be a part of LA's budget anymore.

Regardless of which option is taken, it could be weeks or months before the Venice Neighborhood Council decides what its next step will be.

(Take Two, exclusively on 89.3 KPCC, 89.1 KUOR and 90.3 KVLA in southern California, and on 88.9 KNPR in Las Vegas, captures the spirit of the West in a conversational, informal, witty style and examines the cultural issues people are buzzing about.) Graphic credit: LA.Curbed. Prepped for CityWatch by Linda Abrams.