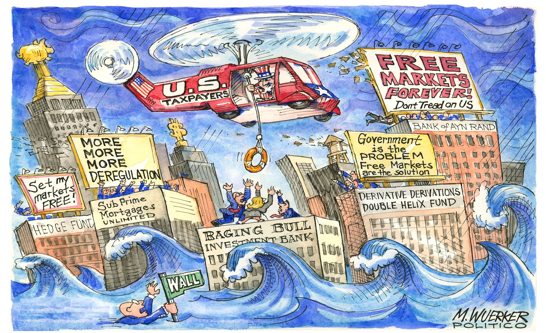 While Mr. Islas dismisses some of these preposterous claims, he still has far to go to build a pro-SB 827 coalition that includes critics of SB 827, such as the 37 progressive organizations that recently issued a joint statement condemning Senator Wiener’s legislation.

These are three claims that Mr. Islas and his ilk should carefully reconsider if they seriously intend to forge an alliance to support SB 827, even with amendments.

Claim 1:  Zoning laws stand in the way of density around transit stations and transit lines.

As always, the YIMBY types, even the more grounded and analytical ones, continue to parrot their rich high-tech benefactors. They still never mention that in Los Angeles all commercial zones and three manufacturing zones allow by-right R-3 or R-4 apartment buildings, including ground floor stores, restaurants, and offices. Furthermore, this lenient zoning is already in place at existing and proposed subway stations, express bus stops, and nearly all transportation corridors. Furthermore, through SB 1818 the FAR (i.e., building mass), number of stories, and number of units in these expanded residential buildings can increase as much as 35 percent and also. Furthermore, through LA’s new Transit Oriented Communities (TOC) ordinance, these affordable housing bonuses can reach 80 percent in a coverage area larger than SB 827’s.

Even before the City Council enacted these two affordable housing ordinances, LA’s General Plan Framework Element concluded that Los Angeles has more than enough commercially zoned land for all growth scenarios through the end of the 21st Century, but the city does not have enough infrastructure and services to accommodate these zoning build out scenarios, including residential. In other words, developers have access to sufficient infill land that permits large by-right apartment buildings. Planning and zoning laws are not the barrier to more housing.  Instead the real problem is that Los Angeles cannot supply these future buildings and their occupants with enough water, electricity, sanitary sewers, storm drains, schools, parks, street capacity, street sweeping, walkable sidewalks, boulevard trees, and garbage collection to maintain viable communities.

Yes, the old "supply and demand" and "filtering" arguments of the deregulators, whether YIMBY’s or the big real estate companies that abundantly funded the campaign against Measure S.  But, planning and zoning deregulation does not result in affordable housing. This is because there is no economic process that magically transforms the expensive housing fostered by this deregulation, especially SB 827, into affordable housing. Supply and demand or filtering might thrive in courses taught by classical economists at elite universities, but they are irrelevant to Los Angeles. Why? Because real estate investors can now turn to another highly profitable business model when their expensive apartments suffer high vacancy rates. Landlords have no need to rent out their vacant units at a tremendous financial loss, the one way they could become affordable. Likewise, real estate investors no longer need to declare bankruptcy, like they did in droves during the S and L crisis of the 1980s. Instead, they turn to extremely profitable short-term rentals as their solution to money-losing vacancy rates in expensive houses and apartments. Furthermore, when they resort to AirBnb and similar, they can make enough profits in 60 days to cover a year's worth of market rents.

In contrast, supporters of Measure S argued that the Initiative would accelerate the lethargic update of LA's General Plan, including the Housing Element.  It would also require that all land use decisions be consistent with the General Plan. There is nothing regressive about this approach because it makes it absolutely clear that an up-to-date General Plan, implemented through carefully vetted land use regulations – even LA’s liberal zoning laws and negligent code enforcement -- buffers Los Angeles from the inevitable economic booms and busts of private real estate markets.

Furthermore, these strengthened land use controls also carve out a much larger role for the California Environmental Quality Act, absolutely key to those of us calling for a more sustainable Los Angeles.  This is because CEQA now requires all environmental assessments and reports to measure and report to decision makers a project’s climate change impacts, specifically its generation of Green House Gases.

At this point, the ball is back in the court of SB 827 enthusiasts who suddenly realize that this bill’s adverse impacts are generating cascading opposition. But, a coalition to support this legislation based on token amendments and free-market magical thinking means any real coalition is already dead in the water.

(Dick Platkin is a former Los Angeles city planner who reports on local planning controversies for CityWatchLA.  Please send comments and corrections to [email protected].   Previous columns are available at the CityWatchLA archives and www.plan-itlosangeles.blogspot.com. An earlier version of this column was submitted to Streetsblog LA for publication.) Prepped for CityWatch by Linda Abrams.