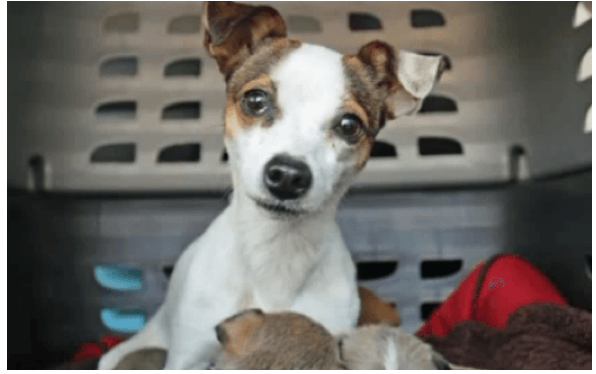 PET POLITICS--Earlier this week, Phyllis Daugherty published an analysis of some of the failures of the 2012 Los Angeles ban on cat, dog, and rabbit sales. Her piece is worth reading in full as the Senate considers a misguided bill, Assembly Bill 485, to ban these pet sales statewide. As a fellow animal advocate who also opposed the 2012 ban, I join Ms. Daugherty in shining a spotlight on what the state Assembly risked by passing AB 485 last week.

In 2012 and today, advocates of pet sale bans in California claim their efforts will reduce the burdens on animal shelters and rescues. However, data from Los Angeles Animal Services’ analysis of annual intakes and outtakes for cats and dogs shows that these animals’ adoptions have dropped in Los Angeles over the last six years. In 2011/2012 – two years prior to the ban going into effect – 19,158 cats and dogs were adopted. That number dropped to 17,291 in 2015/2016, and preliminary numbers indicate adoption numbers could be even lower in 2017.

At best, Los Angeles has seen mixed results since the ban’s implementation. And statistics like the reduced euthanasia rates for cats and dogs were already trending downward before the ban went into place.

Assemblyman Patrick O’Donnell, the sponsor of Assembly Bill 485, says he is concerned with overcrowding of pets in California’s shelters. However, pet stores provide just four percent of dogs and two percent of cats, according to an annual survey of pet owners. Furthermore, pet stores work closely with prospective pet owners to provide a cat, dog, or rabbit that best fits the person’s lifestyle and other needs – thus helping to ensure a forever home.

Meanwhile, as Ms. Daugherty noted, illegal online sales continue unabated throughout California. Furthermore, shelters and rescues often import far more dogs from other states and even internationally than are sold in pet stores.

If overcrowding is an issue, it is thanks to these practices, not the small number of pets sold at stores to highly selective owners. But even where overcrowding is a problem, it is most frequently breed-specific, for example with chihuahuas and bull-type breeds. Banning pet store sales won’t do anything to help with that problem.

Putting pet owners on the hook

Under state law, California’s pet retailers must have health and safety records for each dog and cat they sell. Furthermore, they must provide a warranty for the pet – protecting the pet owner for 14 days for certain communicable health issues, and one year for certain hereditary and genetic issues.

Under a pet sale ban, these warranties will be unenforceable because shelters and rescues will be the only source of cats and dogs at pet stores; they are currently exempt from the state’s warranty law because they cannot guarantee the sources of the animals they obtain. This means pet owners will be financially responsible for illnesses, disorders, and other ailments which are currently covered.

Most shelters and rescues do great work connecting abandoned or abused pets with forever homes. However, since they are virtually unregulated, pet owners may not be able to get necessary health and background information on their pets.

There are also bad actors that may not be caught until it’s too late, thanks to a lack of oversight. It’s a relative handful of shelters and rescues that are like the ones recently caught engaging in substandard practices and the abuse of dozens of animals. The vast majority of shelters are run by ethical people, but prospective pet owners deserve the full range of options as they look for the perfect pet.

Pet ownership shouldn’t just be for the wealthy

Assemblyman O’Donnell claims that even without pet stores, companion animal lovers will be able to find their furred friend directly through a breeder. Technically, this is true – but only if you’re someone of means who can pay for, or travel great distances to obtain, personal attention from a breeder.

The benefits of companion animal ownership should not be limited to the wealthy. Those who can responsibly take care of a companion animal deserve the opportunity to do so. Ethically run pet stores are ideally situated to connect responsible breeders and the pet-owning public, especially in an area like Los Angeles where the cost of living is astonishingly high.

Assemblyman O’Donnell has repeatedly said that only unethical breeders would sell to pet stores. This is simply untrue, but it doesn’t mean that there aren’t bad actors among retailers and breeders. PIJAC and others have approached Assemblyman O’Donnell with an alternative to banning cat, dog, and rabbit sales – sourcing restrictions that hold breeders and stores alike to higher standards than currently exist in the state.

Regretfully, Assemblyman O’Donnell has rejected this proposal, putting his biases before his constituents and the pets of California. We in the responsible pet trade urge the Senate to not make the same mistake as the Assembly. Reject AB 485 for pets, for people who take care of pets, and for the dozens of small businesses that provide thousands of Californians with healthy pets each year.