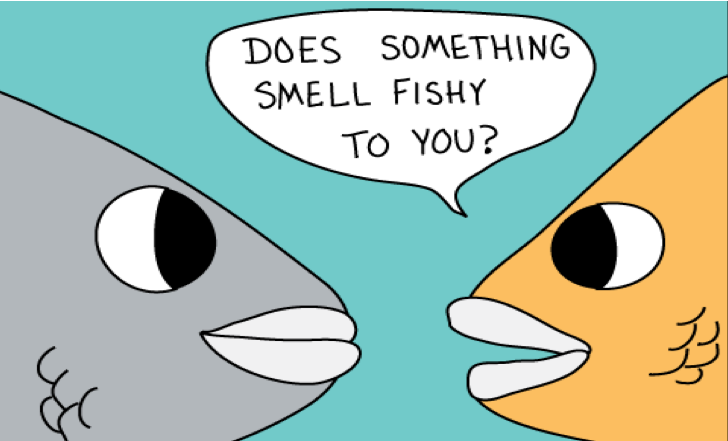 LOOK AND LISTEN-Unfortunately, it appears we’re off to a red-flag-riddled start with Prop HHH. The first implementation meeting took place on February 17th, though you wouldn’t know it unless – well, actually, there is no “unless.” There was simply no reasonable way for any Angeleno to have found out about it.

No worries. We’ll just listen to the audio recording of the meeting ... except that …

The following brief letter is real and is reprinted here verbatim:

I followed up with staff and it is our intention, similar to all of our other bond oversight Committees, to record all of these meetings. However, there was a technical problem at the COC meeting last Friday and so we do not have an audio recording for that meeting. Tomorrow's meeting will be recorded assuming no problems with the equipment.

We’ll take that as …“Yes, I didn’t mean what I just wrote and of course we’ll post every audio recording immediately, so that the public doesn’t rise up and roar the Mayor and the rest of us out of City Hall and half way to Kingdom come.”

Thank goodness that four out of the seven Citizens Oversight Committee members for HHH were appointed by the Mayor! With a straight shooter like Garcetti calling the shots, the public’s sure to get a good deal. Better yet, the other three Committee members were appointed by the not-at-all-compliant City Council. With that body’s integrity in the mix, the future couldn’t be brighter, right?

Are you sitting down? One of the Mayor’s appointees for the Citizens Oversight Committee is former CAO Miguel Santana. Last we saw him he was receiving a commendatory resolution and a lionizing farewell. (By the way, he said that everyone can get in free to the County Fair  if they give him a jingle. We’ll keep that under our hats and not tell the people whose livelihoods depend on ticket sales.)

But Miguel is back and although he has worked for the Mayor since forever, he’s turned over a new leaf during the past the six weeks and is now ready to do some 100% independent oversight.

Here’s an idea; let’s lose the nascent obfuscations and secretiveness, and get this billion dollar operation off to a non-fishy start. Let’s make it so that an everyday resident can find an agenda or any notice of these oversight meetings without hiring a private detective. Trust and verify.

And about that audio equipment? We know a great guy downtown.