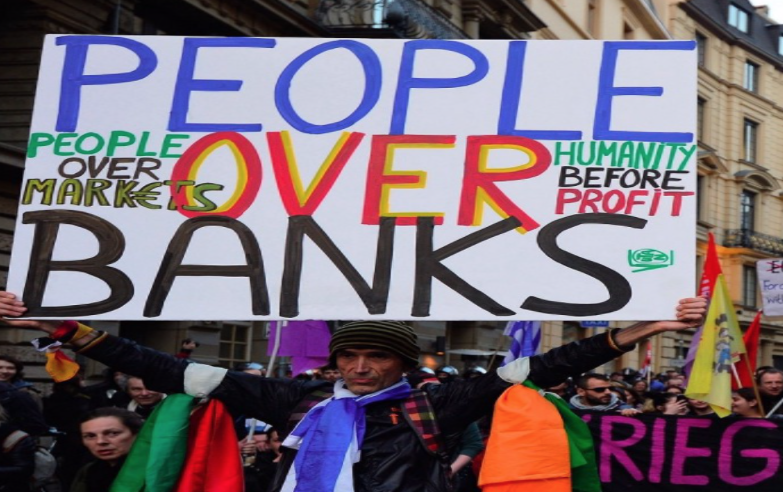 LA WATCHDOG--A public bank is a vehicle for politicians to divert legislatively designated funds into a blind pool to fund noneconomic pet projects and loans to politically connected, uncreditworthy borrowers.  This will result in losses that will have an adverse impact on the bank’s ability to continue as a going concern and on the government’s credit rating.

On November 6, 2018, 56% of the City’s voters rejected Charter Amendment B that would have permitted the City to establish a municipally owned commercial bank.  The Los Angeles Times said that this Herb Wesson sponsored measure was “one of the most ill-conceived, half-baked measures to come out of City Hall in years, and that’s saying something.”

But in April, the City Council, with the concurrence of Mayor Eric Garcetti, passed a Wesson sponsored resolution supporting the State’s Public Banking Act, AB 857, that would permit a local government to apply for a banking charter to establish a public bank.

But will these loans be repaid, with interest, in a timely manner?

According to state law, the “first and most important consideration when managing public funds is preservation of principal, the second is liquidity, and the third is to achieve a return.”

Based on the history of the Los Angeles Community Development Bank, these socially responsible loans will result in losses, eroding the local government’s invested capital and threatening the safety of the bank’s deposits.

At the same time, the bank may not have the liquidity to fund withdrawals because the deposits have financed long term, illiquid loans.  Rather, the government may be forced to resort to a very expensive, credit damaging emergency loan.

There are also myths about public banks.

Divestment.  Proponents overstate the level of deposits placed in large banks.  For example, the City of Los Angeles has an investment pool of over $12 billion, of which only 0.4% is on deposit with banks.  The balance is invested in high grade, marketable securities with a yield of 2.24%.

Low cost loans: Not as low as expected.  The bank will need to pay the local government’s opportunity costs, say 2.24%, plus a spread to cover operating expenses and to fund loan loss reserves.  There is no free lunch.

Safety of deposits.  While the public banks will be regulated by the FDIC, deposits of over $250,000 are not insured.  And public banks, unlike the large banks, will not have adequate marketable collateral to cover the deposits.

Fees:  Proponents say that the private banks charge excessive fees for cash management and other services.  Wrong.  Large banks can provide these services at a significantly lower price than a public bank because they have the sophisticated technology and economies of scale.

Dividends: Public banks will provide cash for the general fund.  Wrong.  The public bank will be a cash drain.  The local government will need to fund the bank’s equity account, its loan loss reserves, and its many years of start-up losses.

Bank of North Dakota is the poster child for a profitable public bank. But BND has been in business for 100 years, is very profitable and has a very strong equity base and adequate reserves.  Any comparison to the undisciplined California spendthrifts is not warranted.  BND may be the country’s only public bank for good reason. A better analogy may be the German public banks that lost billions.

Serve the under and un-banked.  Misleading.  This will require the bank to establish a very expensive branch system that result in even greater losses.

The public banking proponents talk a great game, but it does not square with reality, especially in California where our elected officials are known for their broken promises, not their financial discipline.  Instead of proceeding with AB 857, why not let some other state (or San Francisco) be the lab rat for this very risky venture.