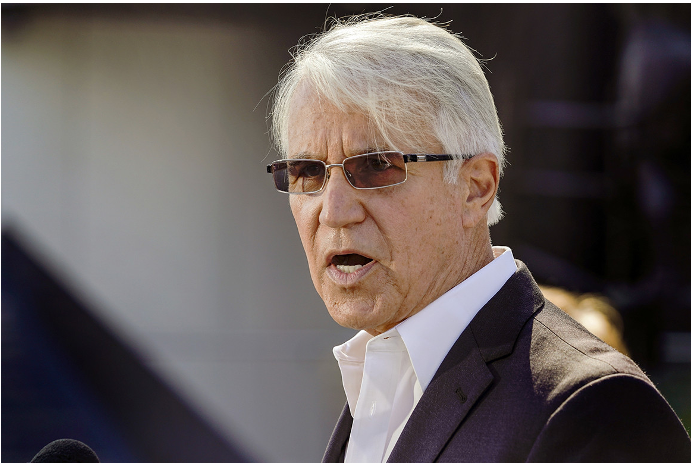 RECALL POLITICS - For many, DA Gascon’s dangerous directives represent a disregard to the rule of law that he actually swore to uphold, then only to ignore on his first day in office.

For others, the perilous policies represent an affront to justice, either for themselves or their loved ones who were victims and/or survivors of crime. For still others, Gascon’s decrees mean the risk of endangerment as crime rates rise and criminal activity increases. And, for others still, Gascon’s measures mean that crimes now being committed against them are unlikely to ever be prosecuted.

Recently, I have become an individual belonging to the last group. Upon returning to my home in Woodland Hills, after what should have been a joyous event, I found it vandalized. My sliding glass door was shattered and racially hateful material targeting my Jewish heritage had been left in my yard. Previously, under District Attorney Jackie Lacey, I could have had some assurance that if the assailants were caught that they would have face prosecution, and that to the trespassing and vandalism charges, there would have been the added enhancement of it being a racially motivated hate crime. However, with the end of special enhancements and the end of prosecuting trespassing, it is nearly impossible that I will ever receive justice for this deeply personal violation committed against me and my family.

To say that I was shocked upon returning home would be a radical understatement. The emotional trauma one experiences at having their residence, their home, their place of safety and security attacked leaves one feeling paralyzed, numb, and then without any ability to respond. The feelings of insecurity for my family, who I struggle to comfort, only compounds the inability of being able to act, to be able offer assurance and the peace that justice will come to the perpetrators.

In addition to the emotional turmoil felt, the physical damage to the house now leaves it vulnerable to another possible attack. Not to mention, there is a financial cost for repairs. However, I am thankful that I can afford these repairs, and my thoughts have turned to those for whom such destruction cannot be so easily fixed by the writing of a check. I think of those in our most impoverished neighborhoods for whom being the victim of crime has become common place. I consider those for whom the costs incurred only serve to make it all the harder on them to be able to prosper and take steps to move themselves out of such conditions.

I think of the fact that while I will be able to emotionally heal because of the stability that I am blessed to enjoy. I know that for so many others, recovery from such a personal violation will only further weaken their fragile grip on stability. I think of how a similar experience only piles upon them yet another burden. A weight that is beyond the financial and physical, and that prevents their ability to be able to advance on Maslow’s hierarchy of needs. A hindrance that will so often diminish the achievement of self-actualization that we all seek.

Finally, I am confounded at how any individual holding the title of District Attorney, and who campaigned on reforms to allegedly improve conditions in Black and Brown neighborhoods could think that not prosecuting crimes of this nature will ever help to see the so-called progress he claims to seek. While not an experience I would ever wish upon anyone, for me personally, it has strengthened my resolve to see that an individual who allows such miscarriages of justice does not spend one day longer than absolutely necessary in the office of District Attorney. For me, my resolve is strengthened and redoubled to Recall Gascon Now and in my efforts as the co-chair for Stop the Madness: Support Recalling District Attorney Gascon Now I am now more committed than ever. I hope you will join with me in signing, sharing, and supporting this cause to ensure that every Angeleno can be safe, secure, and able to seek better opportunities through the assurance that society’s most stable foundation – the rule of law – will prevail.