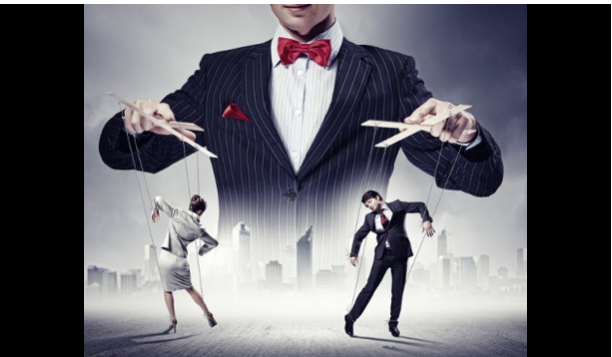 One email included a recent on-line article from Knock-LA, written by an LA Forward organizer who spearheaded these successful election campaigns.  This article, however, revealed little about what these winners hope to achieve through LA’s Neighborhood Councils.

There is nothing surprising about these omissions because such details would reveal the victors’ hidden agenda.  As I hope to explain, when you put these Neighborhood Council fauxgressives under the microscope, you find liberal slogans encasing a political agenda that could have been, and probably was, written by real estate developers and their admirers.  For example, the Mid City West Neighborhood Council is frequently referenced in the Knock-LA article, even though its "progressives" are joined at the hip with LA’s best known YIMBY organization, Abundant Housing, not groups like the Reimagine Los Angeles County Coalition.  In contrast, the YIMBY groups frequently pawn off their political advocacy as “progressive,” even though it is based on two tenets of Reaganomics: privatization and deregulation. At the municipal level privatization means turning to private real estate developers, whose projects they consistently support, to build desperately needed low-priced housing.  Even though this is a fool’s errand that makes the housing crisis worse, this does not deter them and the fauxgressives drawn from LA Forward and similar groups that believe that trickle-down economics is somehow progressive.

Deregulation is the other component of their urban policy.  It consists of repealing zoning and environmental laws because they supposedly block the construction of low-priced housing near mass transit.  Of course, when cities do deregulate, no affordable, transit-oriented housing appears.  As is totally logical, the price of new housing goes up and transit ridership goes down. This trickle-down approach makes the disease it is supposed to cure, worse, not better!

Most puzzling of all are the newly elected Neighborhood Council “progressives” from the Democratic Socialists of America (DSA).  On paper they should clearly know the difference between Reaganomics and progressive urban policy, but in practice they, too, are fauxgressives, despite having the intellectual tools to sniff out the obvious imposters reaching out to them.

To solve this mystery, I examined the Housing section of LA Forward since this group wrote the Knock-LA article and took credit for the Neighborhood Council victories.  Their housing policies are an odd mix of liberal-sounding bumper sticker slogans enclosing an imported YIMBY message about exclusionary zoning.  Even though all zoning is exclusionary because it prohibits specific uses and building dimensions, they believe that 21st century racial inequality is caused by red-lining land use patterns legally established nearly a century ago.  The Brookings Institute put this claim to the test.  In Los Angeles, the original red-lined areas, where the city’s Black population was contained, currently house 40,000 Angelinos who are Black and 581,000 who are not.  Historic Black neighborhoods, like South Central Los Angeles, are now mostly Latino, an obvious demographic change that LA’s fauxgressives conveniently overlook.

I also discovered that these victorious Neighborhood Council members know little about the housing crisis they intend to remedy with recycled trickle-down housing policies from the Reagan era.  Their toolbox to reduce homelessness ignored the housing policies that real progressive housing advocates have long advanced.  This is what I did NOT find:

For those who want a simple way to differentiate real progressives from fauxgressives, these five policies will help.  The reason fauxgressives ignore them is because they clash with Reaganomics.  These programs all demand overnment play an expanded, not a reduced, role in resolving the housing and transit crises.

(Dick Platkin is a former Los Angeles city planner who reports on local planning issues for CityWatchLA.  He is a board member of United Neighborhoods for Los Angeles (UN4LA) and co-chairs the Greater Fairfax Residents Association.  Previous Planning Watch columns are available at the CityWatchLA archives.  Please send questions and corrections to [email protected] .)