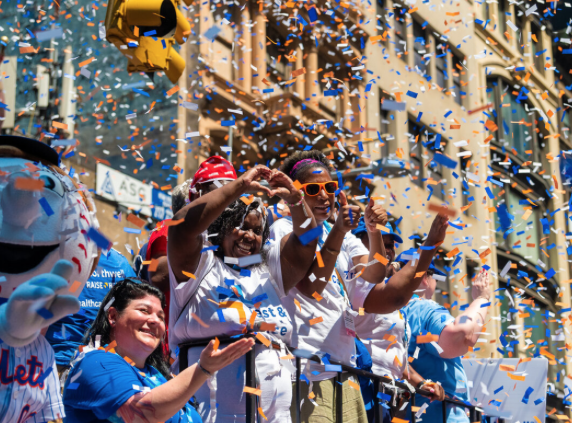 NEW NORMAL-In many ways, American life is returning to normalcy: Masks are no longer required in many locations, schools and universities are slated to re-open, and the days of social distancing begin to fade as concerts and sporting events bring spectators back.

In the U.S., we're now averaging 154 deaths a day from COVID-19 — a tiny fraction compared to the pandemic's peak -- and there are still some safety measures and restrictions in place. Late pandemic American life hasn't quite returned to the status quo, but it feels much closer to normal than it did six months ago.

But while we may long for authorities to give an all-clear and say the pandemic is history, the crisis isn't over, in the U.S. or abroad.

The question of when the crisis will actually be over is a layered one — with different answers from a local, national and global perspective.

There are no set-in-stone metrics for when it's over

After many months in which the U.S. led the world in coronavirus cases, the virus is now under much better control, due to wide availability of COVID-19 vaccines.

That federal emergency status is still in effect — it has been renewed several times, most recently in April. It can be extended by the Secretary of Health and Human Services for as long as the emergency is deemed to exist.

It's not clear whether the Centers for Disease Control and Prevention will issue any sort of all-clear. The CDC did not respond to NPR on the matter.

Ali Mokdad, an epidemiologist at the University of Washington, hopes that the CDC will eventually give Americans that go-ahead sign. He previously served in numerous roles over nearly 20 years at the CDC.

When the time comes, Mokdad tells NPR, "It's very important for our own CDC ... to say 'We're out of danger right now. We should move on with our lives.' "

He says there aren't set-in-stone metrics to determine when a pandemic is over, because the situation is dynamic and changing so fast. And the virus itself is evolving, too.

"When you look at the genetic makeup and sequencing of the virus ... and how it has been changing, there's still a lot of room for it to mutate. It's not at the end of the mutation cycle that it can do. So that virus could still carry a lot of surprises," he says.

(Laurel Wamsley is a reporter for NPR's News Desk. She reports breaking news for NPR's digital coverage, newscasts, and news magazines, as well as occasional features. )