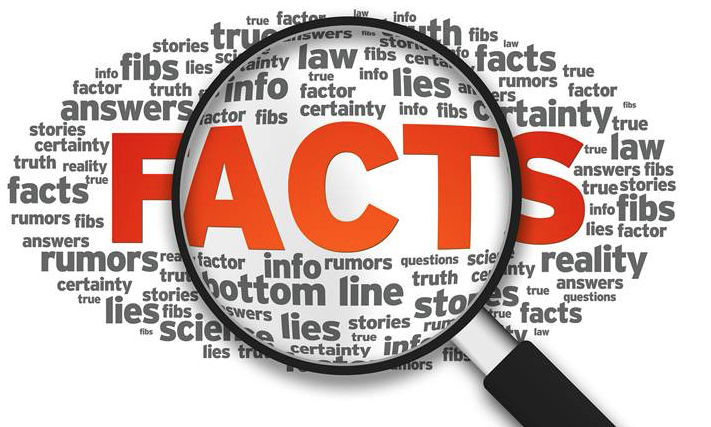 As a corollary, people reject ideas which make them feel bad, and facts often make people feel bad.  Memes, however, are designed to make people feel good.  (Both facts and memes which arouse hatred of the others are politically useful.)

Since feeling good is the main reason people accept absurdities as the truth, when voting time rolls around, we are beset with more idiotic memes.  A meme is a simplistic phrase which makes people feel good.  The most successful meme in the Western world is “Jesus died for your sins.”  Because the meme is suffused with aura of holiness, one may not analyze the meme.  Following the meme does not risk the pain of social ostracism. Hence, few think about the implications of the meme.  Reduced to its basic element, “Jesus died for your sins,” means “Don’t think. Have faith.”  All one needs is Faith and salvation is guaranteed. Do not even question why a decent life in this world would risk eternal salvation.

A plethora of televangelists, however, address this unpleasant implication that one should suffer now because “Jesus died for your sins.”  When there is no hope to improve one’s condition, one may take solace in the belief that one may escape today’s woes upon death.  When the nation has prosperity, however, one’s perspective changes to the here and now. Thus, Televangelists promise that faith in Jesus brings earthly rewards.  All one needs for proof is to look at Joel Osteen’s mansion.

Don’t blame Joel. He has faith that you’re dumb enough to believe that the meme “Jesus died for your sins” means “Give Joel your money.”  Idiotic memes are not limited to Christianity; memes are a human thing.  Wherever there are people, there are absurd beliefs.  The underlying Western archetype meme, which is basic to Christianity, is the false idea that the universe is divided into Good v Evil, i.e. the Saved vs the Damned.

One aspect of Neuro-Linguistic Programing (NLP) that appears valid is that most people take in information primarily through their eyes (visual) and ears (auditory), but the most common way people make a decision is kinesthetically, i.e. how they feel.  That means propaganda which makes one feel good is more likely to result in the emotional Go Signal.  When a politician mirrors his followers’ beliefs, they feel he understands them.  In reality, he may simply have mastered the technique to enforce whatever the group likes.  That is the essence of Trumpism.  He simply fed back to people whatever emotion he got from them. The most vocal people are always the extremists. No matter how outrageous their passions, Trump accepted their emotionalism, and then he magnified those Right-Wing memes.

Memes Are Particularly Dangerous in Voting.

Voting is a great chance to inflict pain on the hated Other.  That is why negative campaigning is so effective.  In a predatory nation where the wealth is flowing away from the populace to the top 1%, people feel very good when they can reach out and harm someone.  The Dems and the GOP use memes very effectively to divide the population into two factions.  The GOP markets itself as the White is Right Party with anti-minority memes and the Dems claim to represent everyone else with anti-White memes.

At Election Time, the Voters Emote More than They Vote

The GOP has even highjacked the Christian We Are Persecuted meme and converted it into Stop the Steal. GOP Christians actually believe that Trump won the 2020 election. In February 2021, over 67% of GOP believed the election had been stolen.  That absurd belief is more emotionally satisfying than reality that in 2016, they elected a “Fucking Moron” to be President who allowed the Covid-19 pandemic to ravage the nation and thereby crashed the US economy.  A common reaction of the faithful after their leader has been proven a fraud is their intensified belief in his infallibility.

A sect’s fervent belief can become its strongest when it has been disproved.  According to Jewish tradition, the messiah from the lineage of David was to be a real world messiah, not one who was crucified.  Thus, faith required denial of reality.  The Romans had not killed Jesus as he had risen from the dead.  This meme is deeply embedded in people’s psychology so that Donald Trump, whom GOD had chosen to Make American Great Again, did not lose the 2020 election.  Faith in the MAGA meme required an explanation which the soothsayers soon gave. The election had been stolen, but the faithful could Stop the Steal.  The crucial date had not been November 3, 2020, but rather it was January 6, 2021, when Trump would emerge triumphant and have the Dem child predators arrested.

The most passionate believers stormed into the Capitol hallways, offices and Senate and House chambers, truly believing that they could save the Republic by hanging the Vice President before the election results could be certified.  Afterward, MAGA could reign supreme (shades of the Thousand Year Reich?).  Had not Trump just exhorted them to go to the Capital, and He, Their Holy Leader, would be there with them?

Where is MAGA Today

While True Believers will cling to their beliefs no matter how irrational, subsequent events can impact the less ardent followers. When their emotional needs change, their actions will follow.  Almost as soon as Trump was gone, the pandemic lessened. Joe Biden is not adopting Obama-Geithner’s regressive economics and he shuns Pelosi’s racist Identity Politics.  Biden focuses on competence and centrist policies.

Biden caters to the center with free preschool and free college for all.  The GOP can scream that Biden is extremist, but how many poor and middle-class White people will forgo infrastructure jobs, free child care, and more free college education for their children in order to resurrect a loser?  How many moderate GOP will be relieved that the focus is to help their families and not on the Trump-A-Doodles? Trump promised MAGA but delivered a pandemic and economic disaster, while Biden is ending the pandemic and supporting the middle class.

When the facts make people feel good, their need for false memes diminishes.  As long as Biden can remain centrist, he can blunt the effectiveness of the GOP memes.