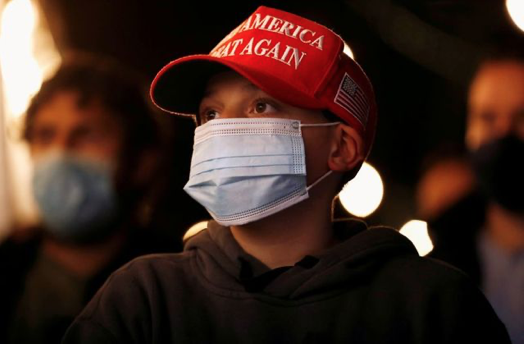 GELFAND’S WORLD--In the previous column, I invited the gun lobby to tell us just how many deaths by gunshot wound are an acceptable number.

Curiously, we got an answer the very next day, right there in the comments section. I'll repeat the number below, for any of you who are interested. But first, a short digression on what this is all about.

We are continually being told by the self-proclaimed conservatives that they are the party of both responsibility and liberty. They tend to disagree with a majority of the American people when it comes to reproductive freedom, so the argument over liberty is going to be disputed in any open forum, but it is the responsibility part that is at issue here.

If I understand correctly, the conservative point of view about responsibility is that we are individually responsible to earn a living and thereby to provide for ourselves and our dependents. This point of view tends to imply that those who are not earning a living are not deserving of government supplied financial aid, because that puts the responsibility on the working middle class and the working poor to subsidize the non-working. In addition, that subsidy is pried from the bank accounts of working people by the force of government imposed taxation.

That may be a bit of an oversimplification of the libertarian philosophy, but I suggest that it is close enough.

On top of that, the organized conservatives (through their talk radio programs and some of their television commenters) have made a pretty good living off of claiming that the Democrats have adopted a truly socialist position, in the sense of arguing that the government is right to extract money from the wealthy and the middle class in order to subsidize an undeserving poor.

There is more to the responsibility argument. When it comes to crime, the conservative point of view (which, I must confess, I share to a certain extent) is that people are responsible for what they do, and it is legitimate to punish them for their antisocial acts.

And I agree with those points for the most part.

We come to the point of disagreement when it comes to the part where other people are being irresponsible, and it would require some form of government regulation to protect the majority of the people from the actions of a small minority.

To extend the argument a little further, society has the right to protect itself against dangers that are due to the malfeasance of a few irresponsible people. That includes the right of society to forbid the open ownership and usage of machine guns, high explosives, or biological weapons such as anthrax.

The gray area is defined in terms of weapons that are truly dangerous in the hands of a few crazies or even people who are just angry, but could be owned safely by most of the rest of us. We are rightly in a quandary when it comes to the so-called "assault weapons," which are really any and all sorts of rifles that throw high powered slugs at a high rate of fire. The current technology allows readily available rifles to fire as fast as one can pull the trigger. Even at two rounds per second, that is an awful lot of bullets if it is a crowded room and the firing goes on for 10 seconds or more.

So that's where the political "middle ground" lies. Shall we further limit ownership of these weapons, further relax the current limits, or leave things unchanged?

And that's where I staged my question and argument last week: For those who enjoy collecting and firing such weapons, at what point would you say that the overall social effect -- in terms of dead people -- is too high, with anything lower being acceptable? In brief, are any of you willing to accept the idea that personal responsibility extends beyond your own personal gun ownership. Should there be a social agreement that some guns are too big and too quick to fire in the hands of the irresponsible?

And I ask my liberal colleagues to notice one thing here. I'm not undercutting the idea that gun ownership can be a rewarding hobby, and I concede that under some circumstances the ownership and use of weapons can be an effective element of self defense. I am asking whether the concept of personal responsibility extends to a society-wide prohibition against certain kinds of firearms.

Aside: The same question also applies to a much bigger problem -- the destruction of large parts of the surface of our planet by increasing heat and weather events (see below regarding the next big lie, aka the hamburger myth.

And we have an answer

As I mentioned above, I invited the readers and the gun lobby to answer the question, "What is the acceptable number of mass murders?" One commenter provided a 4 paragraph answer, of which I repeat 2 of those paragraphs here. (If you want to read the entire comment as well as others, you can find them in the above linked column.)

So here it is:

So there you have one person's answer to my question. There were 403 murders by rifles in the year 2017. The commenter doesn't seem to find this number startling or frightening. The commenter points out that there were more murders by knife and by hands/feet. The implication seems to be that 403 dead bodies is de minimis because knives and brute force strangulation etc were higher.

I fail to see the logic in this argument, just as I fail to see the logic when United States senators point out that people also die in automobile accidents. Knives and automobiles are a normal and necessary part of all of our lives, and we are born with hands and feet. The fact that we are -- in part -- a murderous species does not argue for abolition of hands or of the knives they wield, as that would be an illogical hardship on all of us. But high power semiautomatic rifles are a different sort of thing. The logic as to their legality has to be different of necessity.

We do get a sense of that logic in the commenter's last paragraph, which I will also quote here:

"You may not like it, but the right to bear arms is part of our Bill of Rights. Half of US households, representing every color, race, creed, and political party, possess firearms. It would be impossible to take them away. It would violate the 2A. And criminals would keep theirs. Most mass shootings are by criminals or the mentally ill, so the focus needs to be on these groups rather than restricting the constitutional rights of the 99.9% who are law-abiding citizens."

I thank the commenter for providing this cogent and fairly complete rendition of the most common arguments provided by the gun lobby. We could quibble over the number of individuals who own guns (32%) vs. the number of households in which gun owners live (44%), but yes, this is pretty close to half of all American households.

But gun ownership includes all firearms -- shotguns, pistols, and bolt action rifles, in addition to high powered semiautomatic rifles. It's not unreasonable to take gun lobby estimates of the number of AR-15s in the hands of Americans and calculate that they are only about 5% of the total. Even an absolute prohibition and confiscation of these guns would still leave the American population with some sort of weapon for every man, woman, and child in the country.

Still, let's consider the final sentence: " Most mass shootings are by criminals or the mentally ill, so the focus needs to be on these groups rather than restricting the constitutional rights of the 99.9% who are law-abiding citizens." I disagree with the logic of this statement. The gun lobby offers us no remedy for the deeds of criminals or the mentally ill, even if they were the most likely to go on homicidal rampages with AR-15s. And by the way, I dispute that this is a factual argument -- most of the mass shooting cases we read about involve men who are angry and who buy into the propaganda that is all around us.

But even if we could predict some likelihood of somebody being a potential murderer, should we prohibit all such people from ever owning guns? What about all the NRA members living on farms who are just a bit ... eccentric? We would be hearing the same arguments from the gun lobby defending their rights to owning firearms.

But that is not the question I was asking, anyway. I ask the commenter and the organized gun lobby, when are you going to take some responsibility as a citizen and as a human being for a public policy that allows a particularly lethal form of firearm to be owned by any 18 year old who isn't a felon? When is the gun lobby going to answer the question honestly? Otherwise, the answer from them is going to be that 403 dead in a year (or whatever the number will be this year and the next) is morally acceptable.

Addendum: The Next Big Lie: one hamburger a month

The right wing loves to find one thing -- whether it is true or false -- and beat it to death rhetorically. This week's target is Biden's discussion of getting net carbon dioxide emissions down by half over the next decade. Note that Biden did not go into specifics, but some right wing group figured that cutting meat eating by a lot could be a part of the process, presumably because growing fewer cows leads to less methane emission.

Ignoring the fact that there is, even now, research to lessen the amount of methane emitted by each cow (really), cutting meat eating is only one possible approach, and how much the American people would agree to it is another question entirely. Nevertheless, the right wing noise machine treats the idea of cutting down on meat as the next big fascist intrusion that the Democrats want to foist upon a docile public -- and this time they are trying to pump up the fear of going Quarter-Pounder-Less.

So that's why I heard a talk radio host telling me that under Biden's dictatorship, I will be limited to one hamburger a month, be forced to buy a $55,000 car if I want to drive, and will face a tax hike of $3500. It's not what Biden or his administration said, but you will be hearing these numbers in the future, and I wanted you to know where they (don't) come from.