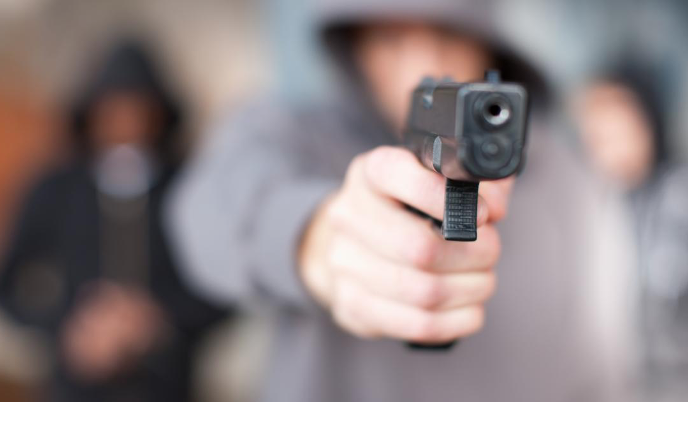 GELFAND’S WORLD--One commonly accepted definition of a mass shooting is 3 or more wounded or dead in a single incident.

When you go by that definition, the numbers are astonishing.

Just counting the mass killings that made the national news, we had a run of 31 dead in the 30 day period running from March 16 to April 15. On the average, one a day, every day.

The gun lobby and its apologists have a lot to answer for. let's ask one more time: What number of mass shooting victims is an acceptable number to you, and is there any number that will finally be too high? We need to ask these questions because at the moment, just in these first 4 months of 2021, we've already had 150 mass shootings -- 50 of them just in the last 34 days. This must be acceptable to the pro-gun faction, because we haven't heard anything to the contrary from them.

One note I need to add here. Originally, I typed that there had been 147 mass shootings with 45 in the last month. That part was written on Saturday and was based on multiple accounts including stories from CNN and NBC. As of Sunday evening, the numbers had to be updated to those reported above, namely 150 over the course of the new year, and 50 since March 16. It's the Lily Tomlin joke all over again: "No matter how cynical I get, I can't keep up."

Note added in editing: It's now up to 51 and 151 because 5 people were shot in Shreveport, Louisiana on Sunday, the third multiple shooting incident in a 24 hour period.

With the full understanding that the number of firearms deaths and woundings is a running total, let's continue the discussion.

We're not hearing that hypocrisy about "thoughts and prayers" lately, even though there are plenty of dead to pray for. Even as some of us have been following the number of vaccinations, others in the news media have been tasked with tabulating the death toll by gunshot wound. And among that total, there is a tragic subset -- that peculiarly American phenomenon -- of those slain in a mass shooting.

Here are the stories that made the news this year (so far) because the death toll was substantial: 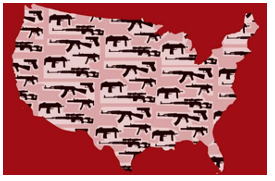 At one time, the prevailing question was whether we can do anything at all about gunshot deaths and woundings in this country. There has been a debate about the effectiveness of a potential  "assault weapons ban," or even whether that ban could be enforced at all. If Chicago limits purchases of firearms, what is to stop people from driving over to Indiana to buy whatever they want?

But for the past few years, the debate seems to be whether a weapons ban is even desirable. Yes, there is a vociferous demand for weapons control on one side of the debate, particularly among the parents and classmates of the dead.

But there is another side to the debate. It's about the thoughts and concerns of the owners of all those high powered semiautomatic rifl es. At the moment, it is characterized by its silence.

And that silence is an argument in and of itself. It is saying that the current level of mass casualty shootings is an acceptable number. If it wasn't acceptable, we would be seeing and hearing some level of debate within the gun lobby and the anti-gun-control faction.

But we are not.

Instead, when the more devoted rifle owners speak, they have a language of their own that doesn't mention the growing death toll. It doesn't seem to be one of their concerns. Maybe this is just a tactic that has been taught to them -- don't get involved in the gun control arguments after a mass shooting, because you'll only get mocked for it -- but whatever the reasons, we're not hearing from the rifle owners at the end of this blood soaked week.

I'd like to close with a brief introduction to a much more involved discussion. We begin with a question from some unidentified person on a public forum: "Should I buy an AR-15?" The answers tend to be fairly logical, including the most prevalent argument: "If you buy it now, then your right to own it will be grandfathered in, even if future purchases are outlawed."

A lot of the answers were angry in their condemnation of everyone who demands some sort of gun control, the most common term of derision being "liberals," written with a sneer. Among a lot of the answers, there was also a sense of concern -- foreboding maybe -- about the future of this country and loss of freedom. (These folks don't seem to be saying much about the gutting of the 4th Amendment by successive Supreme Courts over the years, but they do know their 2nd Amendment arguments.) One of the more common retorts among gun-rights advocates is to point out that gun control people don't know much about firearms. Outlawing the AR-15, they point out, just induces people to buy some rifle that does much the same thing, but manages to evade the particularities of the law.

There are ways to answer these arguments and, perhaps, to reduce gun violence in this country, but that is another discussion for another day. We have remaining the fact that the most recent arguments of the gun lobby have been refuted by practical realities:

They argued that the way to stop a bad guy with a gun is for there to be a good guy with a gun in the vicinity. This has turned out to be impractical even in Texas and other states which are generous about gun usage. It also goes against the wishes of large companies that don't want to have armed employees all over the place. Mostly, It's a problem because the guy with the semiautomatic rifle and a pocket full of loaded magazines gets the jump on his victims. Somebody has to react, and that takes time, and it is that time in which a lot of people are killed.

It's the readily available technology for mass killing that is at issue here. Without those semiautomatic rifles being so easily purchased, things would be different. The gun lobby likes to point out that people can find other ways to kill, but that is a logical fallacy when it comes to knives (an argument that they erroneously use) and baseball bats and poison. Murders have been committed with all of these things, but not so many and not so often.

The current fallacious argument involves the gun lobby telling us that we don't have a gun problem, we have a mental health problem. There is a problem alright, but it is with this argument. Every country has mental illness and angry people, but our European and east Asian allies don't have the same problem of mass murder because there aren't the same number of killing machines in the hands of the populace.

Perhaps the gun lobby will go back to offering their thoughts and prayers.