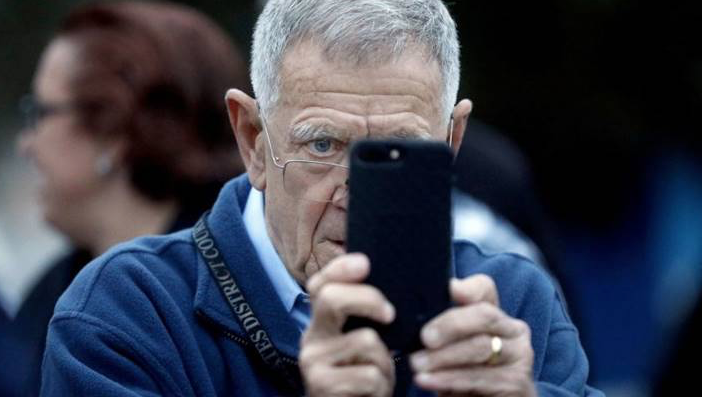 VIEW FROM HERE--After reading Judge Carter’s April 20, 2021 Order in LA Alliance for Human Rights v City of Los Angeles, one sees that His Honor has been fed the Big Lie.

He has been told that Los Angeles needs to construct more low-income housing in R-1 neighborhoods. The reality is that destruction of poor peoples’ homes and not the failure to construct affordable housing caused the homeless crisis. His Honor’s reliance on the Los Angeles Times is akin to quoting Pablo Escobar on how to combat the drug trade:

“The Times Editorial Board noted that the longstanding resistance against density and development has impeded leaders’ ability to create sufficient housing to meet the needs of its citizens.” Order p 30

Density Caused the Problem; It is No Solution

There was zero need to create more low-income housing.  Due to Garcetti’s Manhattanization Mania to densify Hollywood and then the rest of LA, the homes of well over 66,000 low income Angelenos were destroyed to replace them with mixed use projects.  There is a direct correlation between the destruction of rent\-controlled housing (RSO units) and increase in homelessness among minorities.

Older RSO units tended to be smaller edifices, 4-plexes and 12 to 24 units apartments which were replaced with mixed-use projects of much greater density and higher rents. If the city had adopted a density limitation for The Basin so that no new project could increase the density of what was previously on that land, virtually none of the RSO units would have been destroyed.  Of course, the multi-millionaires and billionaires who construct high density projects would have shunned Los Angeles.  If your business is to cut down old growth Redwoods, you move your logging operation to a place where you can slash and burn to your heart’s content.

Los Angeles would be more livable if it still were “72 suburbs looking for a city.”  People flocked to LA because it was not dense; LA now has a mass exodus of the Family Millennials because it is too dense.

While density drives out people and deteriorates the quality of life, it has done one thing: It has dumped billions of dollars into the LA economy. LA’s economy depends on corrupt developers the way a narco-state is dependent on opium growers.

The plan to invade the remaining single-family neighborhoods with dense rental projects for homelessness will destroy what little is left of LA’s quality of life.

(1) Allowing multi-unit rental housing in an R-1 area immediately raises the value of nearby houses while deteriorating the quality of life.  The value of an R-1 home will no longer be its value for raising a family, but its much higher development value.  When any homeowner sells, he will want to get the high price which the Comps set.  Few buyer-families can afford to outbid a developer who will make a significant profit on constructing rental units.  Thus, the family either pays an outrageous price or moves away from Los Angeles.

(2) Wall Street loves destruction of R-1 areas.  When a developer buys a single-family home and tears it down for an apartment project, the mortgage will be significantly higher for that parcel of land than for a family home.

(3) Slowly, the R-1 area will tip from owner occupied homes to absentee corporate rentals.  When families do rush to sell, housing prices will fall.

(4) As more Family Millennials leave Los Angeles, our future tax base will erode. LA grew because it had space and people could have the American dream of a detached home with a decent yard, fruit trees, place for the dog and children to play and to live in a safe neighborhood where stable families had a deep investment. Poor people cannot pay high property taxes.

(5) Higher housing costs drive out employers. Unless an employee is printing cash in his basement, the only place to get his mortgage payments is from his employer. Presently, the average cost of a house in Hollywood is $1,043,814.  Average cost of a house in Austin, Texas is $482,766.  The high cost of single-family homes requires the employers to pay employees more than necessary compared to other parts of the nation.

As employers and Family Millennials depart LA, tax revenues will continue to fall.  After the initial boost in property values raise property tax revenue, there will be a crash when the departure rate hits a critical mass.  Then, the remaining property owners will demand a re-assessment resulting in less tax revenue.  If the city and state should foolishly repeal Prop 13 thinking it will raise more revenue, the disaster will be complete.  The developers will bribe their way to tax exemptions and the homeowner exodus will accelerate.

His Honor Then Relies on Another Fountain of Disinformation, LA City Council President Nury Martinez

“The city has a critical lack of housing for all income levels; however, the zoning code prevents new housing from being built in much of the city particularly in job and transit rich communities.”  Order p 30

The most amazing thing about her quote is how much falsity she packed into so few words.

(1) Transit corridors are not job rich communities, especially for the poor.  The vast majority jobs require a car since most jobs cannot be reached via mass transit or mass transit takes so long that it is self-defeating.  The developers do not care if a 30-minute car commute turns into an hour-long subway or bus ride plus the time it takes to walk to the subway.  Studies have proven that the best way to help a poor person get a job is to provide a car. Mass transit is a burden which the wealthy gladly impose on the poor.  The only people who benefit from transit corridors are the construction companies which build the high rises and the subway and rail lines.  Everyone else suffers. (Pre-pandemic, more Angelenos telecommuted than used mass transit.)

(2) Los Angeles is losing population especially the Family Millennials, which is the prime age group to purchase a home.  The supply of housing increases when people move away. At the same time, the demand decreases.  Yet, LA prices increase.  Naively, people think the price increases are due to greater demand. Not so!.  After the Crash of 2008, huge real estate companies bought up homes at distressed prices but did not put them back on the market. By holding the houses for rental income, the corporate owners limited supply which was artificially inflated housing costs.  As the prices of houses rose, the corporate owners raised the rents on their homes.  This practice is a type of cornering the market.  Furthermore, LA has about 11,000 vacant apartments, which are nice tax shelters for those who need write-offs.

Judge Carter is captive of the parties to the litigation, all of whom benefit from tearing down homes and putting up new construction.  When it comes to assessing the reliability of parties with vested financial interests, His Honor could do well to read the recent LA Times article, https://lat.ms/3tGtTrU , which shows the lengths to which the city and developers go to deceive and mislead for financial gain with no concern for public welfare.