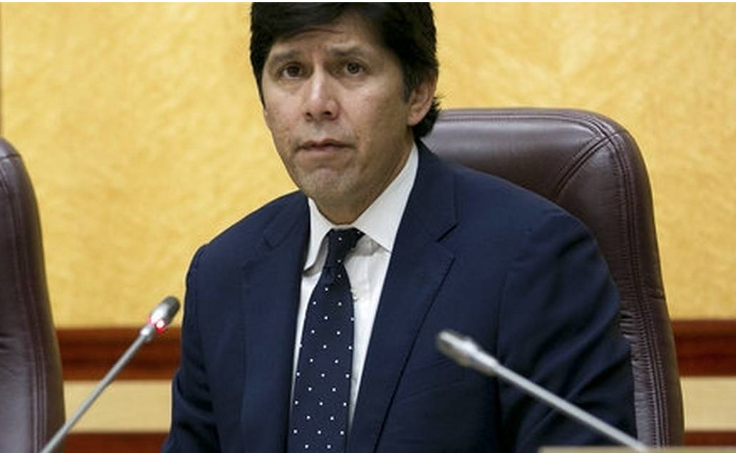 EASTSIDER-First, we have another Superior Court Judge requiring the City to do something about sheltering LA’s homeless.

Then we have CD 14’s Mayor in waiting, Kevin de León, doing his usual not quite right attempt at a solution. Read on. . .

“Carter is overseeing an agreement between Los Angeles city and county governments in a case brought by the L.A. Alliance for Human Rights, a group of downtown business owners and residents that sued to force the city to shelter homeless people. Carter is requiring the city to find temporary shelter or permanent housing (with the county footing the bill) for several thousand homeless people — mostly those living under or near freeways, because the judge has decided that it’s unsafe to live near the toxic fumes from vehicles.”

Wasting no time, Kevin De León is all over this one, quickly expanding his “Far Reaching Plan to Combat Homelessness”:

“As part of his far-reaching plan to combat homelessness in Los Angeles, CD 14 Councilmember Kevin de León recently filed a motion that could bring small, prefabricated housing units to two locations in Northeast L.A. One location, in Eagle Rock, is the city-owned parking lot at 7541 N. Figueroa Street next to the on/off ramps of the 134 Freeway.

Another location, in Highland Park, is an unused portion of Arroyo Drive near S. Avenue 64 and the 110 Freeway.

Pallet housing units for the homeless, like these in North Hollywood, are 8′ x 8′ or 10′ x 10′. | Photo in LAist.com, courtesy of Fonda Rosing/Hope of the Valley

The housing units, known as pallet shelters, would be similar to the 40 unit pallet housing community recently opened in North Hollywood. The shelters are intended as “bridge” housing for people as they transition to permanent housing.

Currently, the N. Figueroa lot is a homeless encampment with some 13 tents. The Arroyo Drive location is a vacant expanse.”

As to the exact language of the Motion, here it is:

The city’s current homelessness crisis demands an “all hands on deck” approach. Currently, the city is spending tens of millions of dollars on emergency response and sanitation services to address the homelessness crisis. In order to solve this problem, the city must use all available land to house unhoused individuals.

Council District 14 has the largest concentration of unhoused individuals of any City Council District. In fact, Council District 14 alone is home to more unhoused individuals than in the entire City of San Jose or the City of San Diego. Due to the large number of unhoused people within the district, all available properties must be used to house our unhoused constituents. In Northeast Los Angeles, two locations have been identified that can provide temporary housing to the homeless of Eagle Rock and Highland Park.

I THEREFORE MOVE that the Bureau of Engineering, in coordination with the City Administrative Officer, Chief Legislative Analyst, and Department of Recreation and Parks be instructed to initiate the design process for temporary homeless housing on the parking lot located at 7541 N. Figueroa Street as well as the unused section of Arroyo Drive located adjacent to Assessor Parcel Number 5492021900.

I FURTHER MOVE that the City Administrative Officer and the Department of Recreation and Parks be authorized to execute any agreements with SoCal Edison and the County of Los Angeles for the property located at 7541 N. Figueroa Street in order to effectuate the construction of temporary homeless housing.

I FURTHER MOVE that the Board of Recreation and Parks Commissioners be requested to hear this matter within 30 days for consideration of approval of the usage of the parking lot at 7541 N. Figueroa Street for temporary interim housing for people experiencing homelessness.

I FURTHER MOVE that upon completion of construction, priority for all units shall be given to unhoused individuals in Council District 14, starting with the neighborhoods that each site is located within;

I FURTHER MOVE that the City Administrative Officer and the Housing & Community Investment Department be instructed to modify any necessary contracts with the Los Angeles Homeless Services Authority to ensure that homeless individuals in Eagle Rock and Highland Park are given right of first refusal for the new units to be constructed at both sites.

I FURTHER MOVE that the City Administrative Officer be instructed to identify the necessary funding to construct temporary homeless housing on the aforementioned sites.”

More on this in a minute. However, for context, this Motion is a part of de León’s Initiative to provide 25,000 housing units for the homeless by 2025, as I have written about before.

Let’s just look at the inherent ‘you can’t get there from here’ reality embedded in de León’s Motion.

Remember the basis for the Judge’s Ruling as reported by the Times:

“Carter is requiring the city to find temporary shelter or permanent housing (with the county footing the bill) for several thousand homeless people — mostly those living under or near freeways, because the judge has decided that it’s unsafe to live near the toxic fumes from vehicles.”

Then notice that the two properties in de León’s motion are. . .adjacent to freeways! And Judge Carter has determined in this Ruling that it’s unsafe for the homeless to live near the toxic fumes from vehicles.

Honest, I couldn’t have made this up.

Ok, ok. So maybe I’m being a bit hard on de León. But we’ve seen this story before in Northeast LA, in the person of Antonio Villaraigosa (and others). A termed-out State legislator decides to bless us here in Northeast LA, so he can run for a Council District as a steppingstone on his way to Mayor of the City.

Or sometimes these people figure on combining State pension time with three four-year terms on the City Council, and then off to healthy retirement. Not bad at all.

Here’s the rub, of course, from the standpoint of we the governed. These types haven’t really spent enough time actually living in the City of Los Angeles to get to know the City, understand its geographic and demographic challenges (particularly in Northeast LA), and have practical, fact-based solutions to these problems.

No, instead we get big broad initiatives with deadlines that have a due date well after the next Mayor’s race, complete with undeliverable cost estimates, exaggerated deliverables, and an eye on the big prize. Ah, to be Mayor!

If you look at the exact language of de León’s Motion, and all the moving bureaucratic parts, you will see what I mean.

The other problem with our Sacramento termed-out City Council members is that the job is boring and small potatoes. After a lot of years in LA, my observation is that after all the slushy lobbying money and big-ticket legislation in Sacramento, there isn’t that much to do as a City Council member.

Most of the job is shuffling paper around a zillion for show Council committees where the outcome is pre-determined, to give the impression of due diligence. Then a 15-0 Motion is passed. Boring. Small potatoes.

On the other hand, the gig pays about $200,000 a year and all the budget goodies that go with it. That, my friends, is not small change. No sir. Big bucks. And there you have the lure for termed-out legislators.

Here’s my takeaway for termed-out wannabe City Council members, and current ones:

Note to carpetbaggers: real politics in LA is retail, not wholesale, so learn the trade.