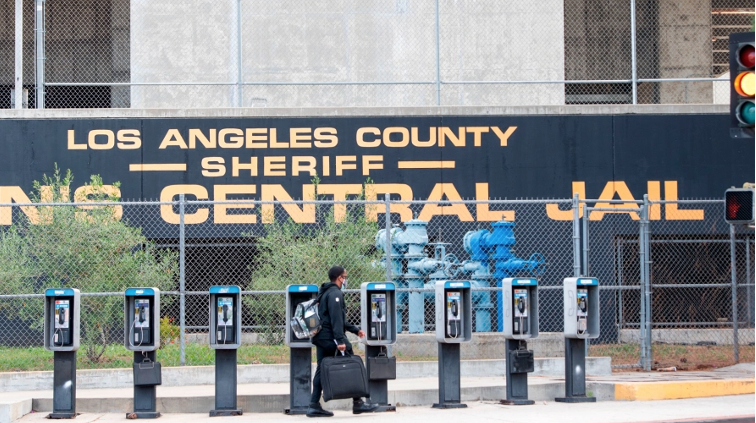 EASTSIDER-LA County Measure R was a good beginning, and November’s Measure J just might be the right expansion.

Although it did not get a lot of press coverage, this was a monumental shift in the tug of war between the County Sheriff and the people’s right to know what is really going on in the jail system. To be specific, the LA County Citizens Oversight Commission had been hamstrung by being unable to enforce subpoenas dealing with complaints over treatment in the jails. When the Measure passed, it was a serious victory providing some measure of due process.

“EASTSIDER-For some reason, there’s almost no coverage over this Measure, even though it provides (a) subpoena power over citizen and inmate complaints against the Sheriff about their treatment in the jail system, and (b) provides for re-purposing $3.5 billion dollars in capital projects for jail expansions to a mix of solutions”

Currently, the Commission is doing their best to actually implement Measure R. And predictably, Sheriff Alex Villanueva is resisting a subpoena to actually appear at a LA County Citizens Oversight meeting.  You know, do the right thing, like the Measure says.

The economic plan for re-purposing funds to help reduce the jail population, primarily deals with providing support services to remove many of those incarcerated with mental health issues to other, better, and way less expensive settings. With predictable pushback, it’s a work in progress.

As you can imagine, the issues are clear, but the funding and support services to actually meet the goal are quite complex. Stay tuned, and in the meantime, why not take a trip to the internet, and visit the Commission website at https://coc.lacounty.gov/.

The genesis of Measure J was in the context of Black Lives Matters beginning to really take off, attempting to rectify decades of serious systemic problems with the LA County Sheriff’s Department and communities of color. Back in the late 60s, I had personally witnessed some of these issues as a Social Worker in Watts (103rd & Central office). So much for progress.

And it is no surprise that really making changes regarding Law Enforcement/Public Safety involves a lot of programs and significant funding issues.

Public Safety is the largest single slice of a County Budget, for all of the obvious reasons. So the tension here is between actually doing something versus mere lip service during election cycles.  Currently, it does not appear that a major change has taken place.

As the LA Times recently wrote, Compton is not feeling the love from the LA County Sheriff’s Department. You can read about it here.

“Compton Mayor Aja Brown shared a story about an encounter last year with Los Angeles County sheriff’s deputies — one that she said was not unique among residents of her city.

After she was pulled over for allegedly failing to “stop at the limit line” at a red light, she said, deputies swarmed her car within seconds and searched Brown and her husband for drugs as their infant daughter sat in the back seat.

The mayor is among many there who have spoken out in recent months to demand changes in the way Compton is policed. The debate comes at a pivotal moment for both the city, which is rebounding after decades of violence and economic decline, and the Sheriff’s Department, which is under growing scrutiny over how it patrols predominately nonwhite communities such as Compton.”

These issues provide heartburn for the LA County Board of Supervisors. Since the Sheriff is an elected official, that means that the Board can’t really do much to supervise the Sheriff. Their only real control is over the Departmental Budget. And as we’ve all seen, the press has been full of the back and forth fights between the Board and Alex Villanueva.

Measure J – What it Is and Is Not

The basics of Measure J seem simple -- take 10% of the annual unrestricted revenues of LA County, and use them for racial injustice issues, while expressly prohibiting the funds going to Law Enforcement agencies.

Here’s the actual description from BallotPedia.

Shall the measure, annually allocating in the County's budget no less than ten percent (10%) of the County's locally generated unrestricted revenues in the general fund to address the disproportionate impact of racial injustice through community investment and alternatives to incarceration and prohibiting using those funds for carceral systems and law enforcement agencies as detailed in the ordinance adopting the proposed charter amendment, be adopted?

To be fair, the very detailed text of the Measure is a lot more complicated: Here’s a taste, and for the rest, Ballotpedia has a link to the full text: Trust me, it’s long and complicated.

“Section 11.   It shall be the duty of the Board of Supervisors:

(1) To appoint all County officers other than elective officers, and all officers, assistants, deputies, clerks, attaches and employees whose appointment is not provided for by this Charter.

(8) To allocate, in compliance with all laws and regulations, the County's locally generated unrestricted revenues in the general fund as follows:

Set aside a baseline minimum threshold of at least ten percent (10%) of the County's locally generated unrestricted revenues in the general fund (Net County Cost), as determined annually in the budget process or as otherwise set forth in the County Code or regulations. to be allocated on an annual basis, after input from. among others. the public and County departments at a public hearing. for the following primary purposes:

See what I mean? And this is just a sample.

What is very clear, is that these funds don’t go to law enforcement:

“8. The set aside shall not be used for any carceral system or law enforcement agencies. including the Los Angeles County Sheriff's Department.

Los Angeles County District Attorney's Office.  Los Angeles County Superior Courts, or Los Angeles County Probation Department, including any redistribution of funds through those entities. This restriction does not extend to State law requiring the County to fund court facilities and expenditures.  including.  but not limited to. the Trial Court Facilities Act of 2002 (2002 Senate Bill No. 1732) and Lockyer-Isenberg Trial Court Funding Act of 1997 (1997 Assembly Bill No. 233), other mandatory fines and fees, or any other County commitments to the extent required by law.

(C). The unrestricted revenues that are set aside shall phase in over a three- year period, beginning July 1. 2021. and incrementally grow to the full set-aside by June 30. 2024. pursuant to the procedures codified in the County Budget Act in the Government Code.

(D) The set aside cannot supplant monies otherwise allocated for the same categories listed in Subsection (8)(A). as defined and set forth in the County Code or regulations.

Forgive me for the long quotes, but in my experience all too many voters never bother to read anything besides a slate card or one paragraph blurb, and the language here is important.

Measure J was passed by the LA County Board of Supervisors on a 4-1 affirmative vote, with Supervisor Barger as the lone nay vote. In terms of the opposition to Measure J, you will not be shocked that major opposition is from the Law Enforcement Community such as the Sheriff and District Attorney folks.

Here’s my take. For decade after decade, addressing inequality issues and law enforcement has been more lip service than reality. In most cities and counties, law enforcement is around 60% plus of the annual budget, and let’s face it, most elected officials are quick to use the “law and order” pitch in their election campaigns.

At least until President Donald Trump has given new meaning to the phrase “law and order.”

The only real way to buck the usual empty promises of ameliorating the “zip code to jail” or “kindergarten to jail” realities in LA County, is to finally set aside enough money to do something. That is exactly what Measure J does. And it takes the lobbying ability of the law enforcement community with the Board of Supervisors largely off the table.

I urge a Yes vote on Measure J, imperfect or not.