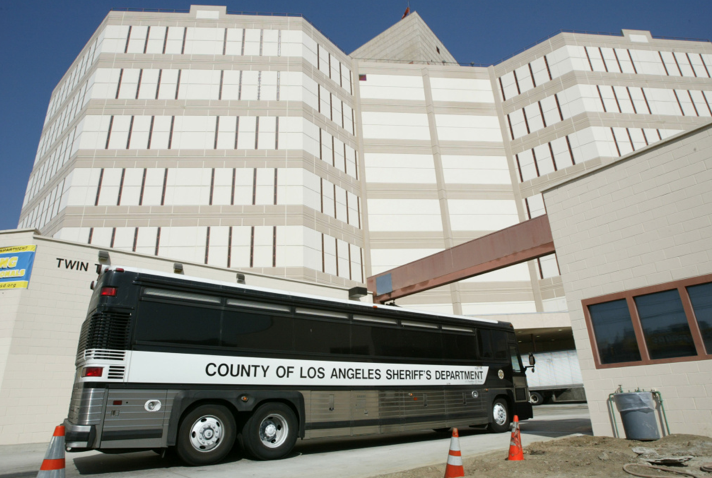 EASTSIDER--For some reason, there’s almost no coverage over this Measure, even though it provides (a) subpoena power over citizen and inmate complaints against the Sheriff about their treatment in the jail system, and (b) provides for re-purposing $3.5 billion dollars in capital projects for jail expansions to a mix of solutions.

When I recently got my vote by mail ballot, I looked at the Voter Information Guide as I always do.  It was full of information about School Bonds, but not a word about Measure R in the County. Today as I write the article, I just got the LA County Official Sample Ballot, but all it has is a bare bones County Counsel write-up of the Measure.  So....

In part, many voters in LA who have looked at the measure have ignored it because it is advertised as simply giving more authority to the LA County Civilian Oversight Commission to actually have subpoena power over citizen and inmate complaints about their treatment in the County Jail System.

And that’s true.  Under the old system, the Commission was limited by an internal Memorandum of Agreement as to what information they had access to.  You know, the ‘good old days’ which wound up with former Sheriff Leroy Baca (finally) going to jail for suppressing and covering up how bad things really were at Men’s Central Jail.

But the second part is the kicker.  Because this is huge, I will quote directly from the very good Ballotpedia article on the big bucks that has not really been covered in depth:

“On August 12, 2019, the Los Angeles County Board of Supervisors voted 4-1 to withdraw from a contract with McCarthy Building Companies to construct a mental health center that would house 3,885 inmates to replace the Men's Central Jail. The plan was first approved in February 2019 and was expected to cost nearly $2 billion. In a statement following the board meeting calling for the vote on the contract, Supervisor Hilda Solis, said, "Men’s Central Jail must be demolished, but we must replace it within a criminal justice system that includes a modern, decentralized countywide continuum of non-custody community-based care facilities." Los Angeles County Sheriff Alex Villanueva disagreed with the vote by the Board. In response to the vote, he said, "The Board of Supervisors actions to cancel the McCarthy contract is irresponsible because it would leave high security inmates who are housed in single cells without a place to stay. This is a public safety issue and should something awful happen to a member of our community, it lies directly with the Board of Supervisor’s action taken today."[18][19]

Measure R includes a provision that requires the Sheriff Civilian Oversight Commission to study how the $3.5 billion budgeted for jail expansion can be used to decrease the jail population and reduce recidivism.[6] “

I would think that $3.5 Billion dollars in construction funds for the Sheriff is a big deal, yet almost no one knows about this issue.  Thank god for the Board’s action on August of last year, a  4-1 vote to cancel the building contract and get outside input before building yet another jail.

It is no surprise that the jail system in LA is broken.  As the Ballotpedia article states,

“In 2019, the Los Angeles County jail system reported an average daily inmate population of approximately 17,150 across eight facilities. The Board of State and Community Corrections rated the capacity for the seven facilities within the jail system at 12,537 inmates. On average, the county jail is over capacity by 4,613 inmates.[4] In 2019, the average stay for a sentenced inmate was 64 days.[5 “

Way back in 2018, a Coalition of citizens, community leaders, businesses, and groups like Black Lives Matter, gathered together to get an imitative on the ballot to do the unthinkable, under the umbrella of Reform LA County Jails;

As they put it:

“we need a more effective strategy to reduce recidivism, prevent crime, and permanently reduce the population of people cycling in and out of jail that are experiencing mental health, drug dependency, or chronic homelessness issues.”

For a more detailed summary of all the reasons to vote in favor of Measure R, check out this article on the LA Progressive, called Yes on Measure R.

Think about the institutional interests involved. You can safely believe that the Sheriff is not interested in anyone being to subpoena anything at all relating to the Department’s actions and/or the actions of the Deputies. You can also safely believe that the Sheriff would rather have that $3.5 Billon tied up in a jail facility run by the Sheriff’s Department, rather than have it spent in trying to reduce the jail population and find ways other than jail to handle such problems as mental health issues. Overcrowding or not.

Remember, there is always tension between the Sheriff’s Department and the Board.  The Sheriff is elected, so the Board can’t do much to him, and basically they can only exercise control by way of budget approval.  And the current Sheriff, Alex Villanueva, has stirred controversy over a lot of things, such as rehiring fired Deputy’s, as well as blowing off the Board of Supervisors when they try to exercise any control over his operations.

Given these realities, I think it was a minor miracle that Measure R ever qualified for the ballot, much less got overwhelming Board support in re purposing the $3.5 Billion in capital projects to meaningful alternatives designed to reduce jail populations.  A sincere thanks to all the groups and folks involved in the reform movement.  You can find out more about them here.

As Jasmyne Cannick wrote in an October 18 CityWatch article:

“Reform LA Jails will identify needed prevention and treatment programs to stop crime cycles and will map out steps to create a new public safety approach to bring Los Angeles County into alignment with best practices to reduce crime by redirecting resources.”

I don’t see a big downside to voting for this measure, and there a lot of potential positive outcomes if we do.  On the flip side, you can be assured that now there is something like $3.5 Billion dollars out there for the  issue of jails, the line of lobbyists and Sheriff Dept fronts will be all over the Board like you know what.

So, vote Yes on Measure R!