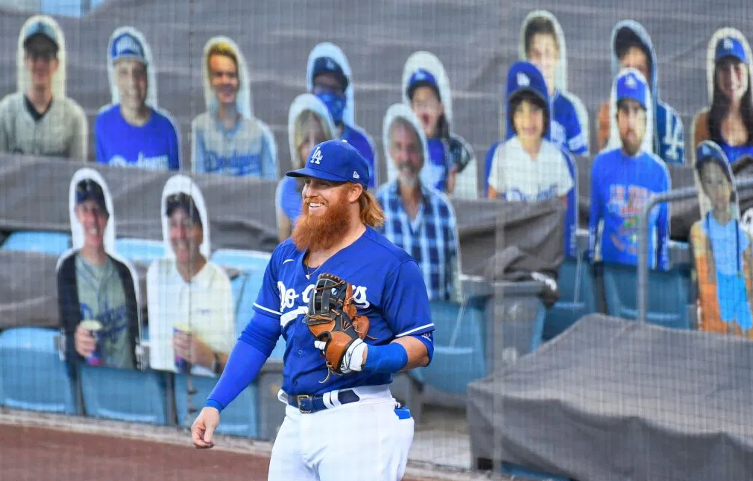 @THE GUSS REPORT-I believe in the phrase when in Rome, do as the Romans do.

But I also believe that even the Romans had their tipping points, which is why I am tuning out Major League Baseball (MLB) and the National Basketball Association (NBA) for 2020 and perhaps beyond.

This week last year, our group had phenomenal seats to see the Dodgers take on the visiting New York Yankees in what was certain to be a preview of the 2019 World Series, which ultimately featured neither team.

We were just twenty rows off of the field between home plate and third base. The infuriating part wasn’t the breathtakingly expensive tickets from our friends who have had them for decades. It wasn’t the VIP parking which provides us the “luxury” of a lengthy hike to our awesome seats from the distant outfield of Dodger Stadium. And it wasn’t the $17 for 24 ounces of canned, imported beer (conveniently sold seat-side with a credit card swipe) which sells for $3.50 at the store; a 500% mark-up over retail, let alone wholesale! Even the sufficiently tasty but offensively priced meatless hot dog worked quite well for a warm, summer evening.

No, what was infuriating was that it was MLB’s utterly moronic “Players Weekend” where the players we came to see battle it out wore mind-bogglingly idiotic monochromatic uniforms which, in a cavernous stadium, made it impossible to see the players’ names and uniform numbers. For the Dodgers, it was white lettering and white uniform numbers on white jerseys and black on black for the Yankees. You literally couldn’t tell who was who in this self-defeating money-grub by billionaire owners and millionaire players.

Fortunately, we had a stats-obsessed 12-year old in front of us who, when I asked who just made a great play in the Dodger outfield replied without missing a beat, “that’s A.J. Pollock.”

Compared to this disastrous 2020 season, last summer was the good old days.

Other than December 21, when the winter days start getting longer on their march toward the spring, what snaps me out of the winter doldrums is the news that pitchers and catchers are reporting to spring training. It’s a sign of good things, like warmer days and optimism, around the corner.

Major League Baseball’s 2020 season didn’t get off to a timely start because it coincided with the COVID-19 outbreak in the spring. Then, as the owners and players argued over how long the season should be, and how to make up for the lost ticket and concession sales, they lost sight of their sole obligation to us, which is to take our mind off of the unprecedented problems the rest of us are enduring.

When MLB finally got its act together and started playing in mid-summer, it was with cardboard cutouts of fake spectators placed in empty stadium seats, with fake crowd cheers insultingly reminding us that a home run is a good thing and other ruses that even Gaius Julius Caesar wouldn’t accept as reality.

Major League Baseball hasn’t been the same since it confirmed that the Houston Astros were caught red-handed cheating the Dodgers in the 2017 World Series but refused to strip the franchise of its title and leave it vacant for that season. It makes you wonder why it hasn’t pardoned storied baseball cheats of yore like Pete Rose, Shoeless Joe Jackson and steroid era players.

While Major League Baseball struggled to start its 2020 season, the NBA season which starts in the fall came to a grinding halt when the pandemic hit and keeps struggling mightily to restart it in the quarantine bubble at Walt Disney World in Orlando, Florida, where its wealthy players are accustomed to five-star hotels, privately owned team jets and real fans cheering them on.

Last week, LA Laker’s star LeBron James led a near-revolt to cancel the NBA season due to ongoing social unrest stemming from the American struggle of cops killing Black men, the resulting rioting and violence toward people who had nothing to do with those killings, and politicians of every orientation framing the situation to suit their party’s point of view. While it is incredibly noble for players to stand up against societal wrongs, I also suspect some players simply want out of the NBA quarantine to get on with a relaxing summer, which is normally their off-season.

Twenty-four hours later, with counseling from President Barack Obama, LeBron changed course and decided not to call for the cancelation of the season.

And that’s when I decided that, for me, enough was enough of both leagues; I was canceling all of them until their next regular seasons begin, at minimum.

Who needs this? Who needs to be lectured to by athletes and celebrities living fantasy lives, even if they have the noblest of intentions? One day they play, decide to not play the next, and then okay, we’ll play.

I’m done with it. Sports have become less relevant because they seek to be more than the pleasurable life distraction they are inherently designed to be, thus I am launching a boycott of one. I won’t watch whatever these leagues put forth as fake seasons. I won’t watch the charade of a World Series if and when one takes place. And neither will I watch a minute of the NBA season and playoffs.

The National Football League kicks off in two weeks with two brand new stadiums in Los Angeles and Las Vegas which may or may not have fans in them. And we still need a steady, reliable distraction.

Let’s hope the NFL gets it right and plays a full season designed solely to take our minds off of the pandemic, social unrest, and presidential election.

The moment the NFL gets political is the moment this Roman tunes out again.

(Daniel Guss, MBA, was nominated for a 2020 Los Angeles Press Club journalism award for Best Political Commentary, and has contributed to CityWatch, KFI AM-640, iHeartMedia, 790-KABC, Cumulus Media, Huffington Post, Los Angeles Daily News, Los Angeles Magazine, Movieline Magazine, Emmy Magazine, Los Angeles Business Journal, Pasadena Star News, Los Angeles Downtown News, and the Los Angeles Times in its Sports, Opinion and Entertainment sections and Sunday Magazine, among other publishers. Follow him on Twitter @TheGussReport. His opinions are his own and do not necessarily reflect the views of CityWatch.) Prepped for CityWatch by Linda Abrams.