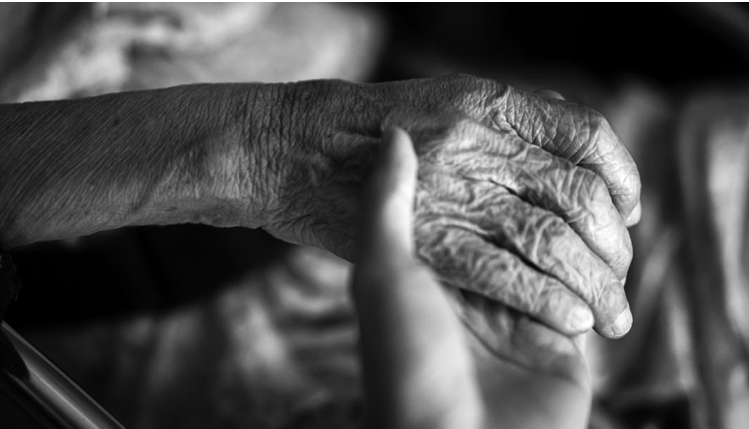 ONE MAN’S OPINION--In addition to taxes and death, two things which are certain in Los Angeles Courts are the railroading of minorities defendants into long prison terms and the financial rape of the elderly.

As Black Lives Matter keeps explaining and much of the nation refuses to comprehend, BLM is drawing attention to what is happening to Blacks lives because that group is being subjected to predatory racism. A lifeguard does not save the swimmer who is not drowning.  Likewise, elderly whites are subjected to vicious attacks in Probate-Conservatorship Court.

The Coven of Evil Highlights the Systemic Nature of the Wickedness

In addition to calling attention to how Blacks are singled out for abuse and murder, BLM is drawing attention to a phenomenon which may be more important than murder. It is the systemic nature of the cruelty.  Blacks are not merely the victim of isolated cases of a few bad cops.  No, the system itself is inherently predatory.

We need to recognize the destructive nature of a predatory system in contrast a few bad apples.  An otherwise just system can eject the villain when he/she is discovered, but when a victimizer is exposed in a predatory system, such as the LA courts, the predator is protected while the innocent person is attacked.  Richard I Fine is one of the most notable examples who was thrown in jail for revealing that Los Angeles county judges were getting millions of dollars of illegal payments from the county.

Corruption is so ubiquitous today that Richard Fine’s time looks like the Good Old Days.  The State has its Commission on Judicial Performance to protect predatory judges like Elizabeth Lippitt and every other judicial predator.  There is the State Bar to get rid of attorneys who complain about judicial corruption.  Even judges who object disappear.

Los Angeles’ Coven of Evil Shows How a System is Predatory

Here’s how the system works.  A family is worried that someone is abusing a relative so they file a petition with the probate court.  The Court assigns a Court Appointed Attorney (CAC) to assess elder’s  assets.  If the elder has sufficient assets to steal, a mediation is set.

The Widow M, about whom we have previously written, had been held psychological captive by her adult daughter who was depleting her assets.  The Widow M still a few million in assets so Judge Lippitt assigned CAC Delahoussaye-Quantrell and set a mediation before ex judge Reva Goetz.

The Widow M was confided all day in the office tower with a seemingly endless mediation run by Judge Goetz to the point the Widow was exhausted and just wanted to go home.  They told her that if she just signed this piece of paper se could go live with her adult son.  Of course, CAC Quantrell never told the widow that the price of her freedom was to sell her large Glendale property, then to sell her income producing property and then after the “conservator” had deplete more of her assets, sell her remaining property.  Guess who gets to buy the properties at bargain prices.

Here is the Systemic Aspect

When the Widow M discovers the fraud, Lippitt, Goetz and Quantrell know that appellate court justices Perluss, Feuer and Stone have got their backs. In the case of Mozer v Augustine (BP168773 2019), where Reva Goetz was also mediator, they rule that when the probate thieves use mediation to cheat an elder, the elder is forbidden to complain. Why? The Mozer judges held that if the judicial vultures intend their communications deceiving the elder to be confidential, then the elder may never speak about them.  When the system has predetermined the route by which to steal all your property, the corruption is systemic.  That is just the way the system functions.

The Mozer case parallels the Widow M’s situation.  The appellate courts have already ruled that when the fraud is committed during a conspiracy between the judge, the CAC and the mediator, the confidentiality provisions of Evidence Code § 1191, 1127 forbid the Widow M from complaining. Mozer sanctifies systemic judicial rape of the elderly.  The three appellate judges had to know how elders were being financially raped by the probate court judges so they apparently wrote the law to prevent the victims from ever saving themselves.

When Judge Lippitt took testimony in November 2019 whether the Widow M needed a conservatorship, the testimony was 100% from every person, “No she does not need a conservatorship,” to which Judge Lippitt replied, “I don’t care about that.”  Lippitt then falsely asserted that there was no doctor’s report. When advised that the file had an uncontradicted doctors report that the Widow M was competent, Judge Lippitt’s retort without even looking for the medical report, “That just paper.” Then she makes her buddy Jeffrey Siegel conservator.

When Judge Lippitt was advised that the Widow M was doing fine in that her newly retained private attorney had restored her finances by short-term renting her properties, Lippitt barred the Widow M’s private attorney from the case.  Did I mention that Widow M had fired CAC Quantrell five times but Judge Lippitt insisted that CAC Quantrell remain the attorney?  Where does a widow go to complain?  To Justices Perluss, Feuer, and Stone? Ha!

So Where Do We Stand Now with the Predatory System?

They are stealing the Widow M’s money.  First, Siegel goes to Social Security and takes 100% of the widow’s Social Security.  Next, he goes to her pension and takes 100% of her private pension.  The laws requires notice to be given the widow when any account is changed but Siegel gives out a false address so that the Widow M does not know he has stolen her pensions until, she does not get her checks.  Complain to Justice Perluss? Triple Ha!.  This shows how conservatorships work in LA. All the money goes to the conservator and all the bills stay with the elder. What is the widow to do? Complain to Justice Dennis Perluss? Quadruple Ha!

Blacks in criminal courts face the same predatory kangaroo system where facts and the rule of law mean nothing.  It’s all about what the predators want.  Whether it is kneeling on a person’s neck until he’s dead or stealing every cent from a widow, the predatory system has the same goal -- to destroy those without power.

(Richard Lee Abrams is an attorney. He lives in Los Angeles.)