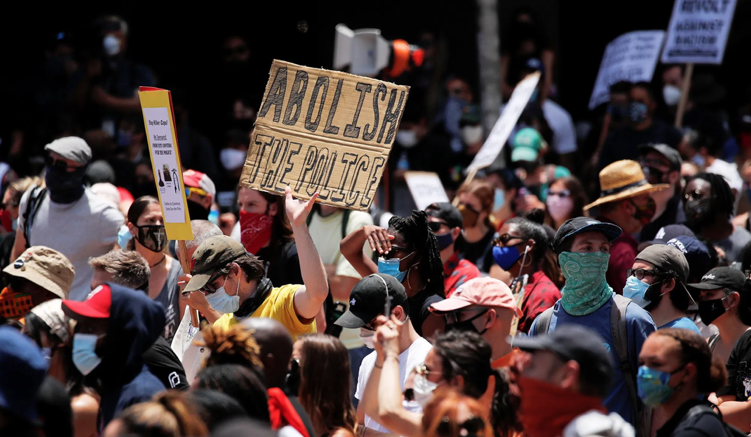 ALPERN AT LARGE-Human nature is innate and complicated--we're the greatest and dumbest species on this planet, and on any given day we can be both great and dumb in rather breath-taking ways:

--Texas GOP Rep. Louie Gohmert is blaming a mask for his getting COVID-19, when it was known he was an outspoken opponent of wearing masks.

2) The aforementioned Rep. Gohmert will be taking Plaquenil, which has its proponents and opponents--neither of which are trying to do anything but help humanity in terms of why they're motivated to support or oppose its use:

--Facebook pulling down the viral video of "Frontline Doctors" supporting Plaquenil use goes both against promoting freedom of speech and against those who both privately or publicly are using it, usually in combination with zinc and azithromycin.

--Gohmert decrying the use of masks makes him the least-qualified person to follow with respect to being a medical thought-leader.

3) The "blame" in all this goes rampant to many parties and blaming one political leader or another is just not accurate or fair. Some have made it worse than others, but much has to be assigned to a "learning curve".

In the end, this caught us off-guard, and we were unprepared because of misinformation from both the Chinese Communist Party and the World Health Organization leadership. Both China and the WHO need different leadership, despite many (arguably most) of the Chinese people and those working from the WHO being wonderful, well-meaning people (and victims of all this, to boot).

--Both Anthony Fauci and Donald Trump have been all over the place with respect to masks and shutting down the economy, and both have done too much "show-boating". We need doctors like C. Everett Koop and presidents like either Bill Clinton or Ronald Reagan with respect to communicating to the American People, and this election cycle isn't going to help.

--Masks are needed to get to work, and the lack of AGGRESSIVE changes in our clinics and businesses have cost us more in health and economic damage than the COVID-19 virus ever could. Doctors and all businesses need to use masks and face shields and social distancing whenever they can and get back to work.

--All the hordes of non-mask-wearing crowds at Venice Beach, or anywhere in Texas or Florida are NOT helping.

4) The vaccines coming out in a few months will NOT end the problem--effectiveness and safety are entirely unknown at this time, and it's not unlikely we'll need more than one vaccine to reliably protect us from all facets of this virus--hence the need for schools to step up their game. And are those reading this going to get their flu shots, too?

--School unions are overreaching and are not doing a good job of promoting education at a time when teachers are needed more than ever...either online or socially-distanced in-person classes. As aforementioned in my last piece, screaming to get Medicare For All and defunding the police has no business coming from the United Teachers of Los Angeles

--According to the Journal of the American Medical Association (JAMA), school closures earlier this year) DID save lives

--Yes, younger kids don't suffer and transmit the virus as much as older kids and adults, but think of all the parents clustering before/after school...and do adult teachers (many in their 50's and 60's) really have the ability to stay away from the kids with respect to physical proximity.

--One bit of sanity achieved is that both President Trump and Governor Newsom both came to the same place--open schools when they're safe but find a way to get it done! Because even after the virus has vaccines,  the problem is not going to just magically go away overnight.

5) We need federal leadership (and funds) more than ever...so are incendiary communications (see above photo) from LA Councilmember Mike Bonin (who's got a family of his own) help Los Angeles get more federal aid?

--On a similar note, will angry outbursts against not just the President but the federal government from the mayors of Portland, Seattle, and Chicago HELP the President get re-elected?

--Do we want federal relief/aid or not? If President Biden succeeds President Trump after this fall's elections, will we have a working relationship with the federal government, or will there be a "new Confederacy" from the West Coast and other portions of the United States? Where is this all going?

Right now, the nation is in a spiraling race to the bottom when it needs a race to the top. Human nature is what it is, but shouldn't we be aspiring to achieve the best of human nature instead of the worst?

(CityWatch Columnist, Kenneth S. Alpern, M.D, is a dermatologist who has served in clinics in Los Angeles, Orange, and Riverside Counties, and is a proud husband and father to two cherished children and a wonderful wife. He was termed out of the Mar Vista Community Council (MVCC) twice after two stints as a Board member for 8-9 years and is also a Westside Village Zone Director. He previously co-chaired its Outreach and Planning Committees, and currently is Co-Chair of its MVCC Transportation/Infrastructure Committee and Vice-Chair. He was co-chair of the CD11 Transportation Advisory Committee and chaired the nonprofit Transit Coalition and can be reached at Ken.Alpern@MarVista.org. He also co-chairs the grassroots Friends of the Green Line at www.fogl.us. The views expressed in this article are solely those of Dr. Alpern.)