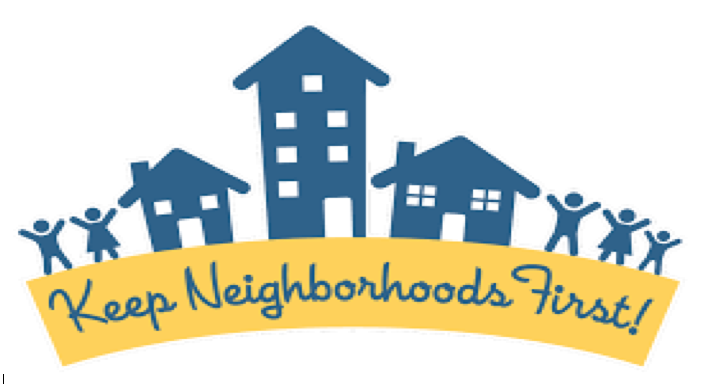 EASTSIDER-By the time you read this article, a hearing will have already taken place with the Planning Department on an “Amendment to Home-Sharing Ordinance.”

Seems a little incongruous in light of all the promises made by the Council when they wanted to adopt the Airbnb Ordinance in 2018, but what the hey, this is the LA City Council.

As clearly stated in the Notice of Hearing, here’s the meat:

“PROPOSED PROJECT:  An ordinance amending Section 12.22 of the Los Angeles Municipal Code (LAMC) to permit and regulate the use of an owner-occupied unit subject to Chapter 15 of the LAMC (“Rent Stabilization Ordinance”) for home-sharing as an accessory use.”

The actual Motion in question was from December 2018, made by Mitch O’Farrell and seconded by Herb Wesson. The Motion stated that :

“The City is about to adopt an ordinance regulating Home Sharing after four years of diligently working to craft a user friendly policy that protects the availability of rental units Citywide, while embracing the shared economy.  With so many restrictions, and requirements proposed in this policy, the key to its success will be enforcement when there are complaints about bad operators. The policy needs to strike a balance on how we regulate residents who reside in our older housing stock, in particular that which is under the rent stabilization ordinance.” [emphasis added]

While the original motion called for a Pilot Project in CD 13, by the last time the Motion was amended by the PLUM Committee in October  2019, it was materially changed:

“At a regular meeting  held on October 22, 2019, the Planning and Land Use Management Committee considered a Motion relative to a Program that would regulate homesharing in primary residences subject to the RSO. After providing an opportunity for public comment, and during consideration of the Motion, the Committee recommended that Council adopt the Motion as amended to expand the Program Citywide, and request the City Attorney to prepare and present an Ordinance creating the Program with the condition to only allow owner-occupied units subject to the RSO to participate  in the Program. This matter is now forwarded  to Council for its consideration.”

Just for the record, the vote in the PLUM Committee was Harris-Dawson, Blumenfield, Cedillo, and Lee: YES. Price: Absent.

If you are into pain and want a glimpse into the future, here’s a link to the current language of the proposed draft Ordinance:

Thanks to the KeepNeighborhoodsFirst folks, who have done a marvelous job in keeping all of us updated on the status of both Airbnb and the abuses allowed by the City in our decreasing stock of rent-controlled housing.

Here’s their take on the sudden online meeting announcement by the Planning Department to rush things through on this Ordinance.

“We hope you are safe and sound in these uniquely challenging times.

We are writing to let you know that the Los Angeles City Planning Department will hold a public hearing to amend the Home-Sharing Ordinance (HSO), which promises to undermine our hard-won victory to protect renters in rent-stabilized (RSO) units and will create a loophole for unscrupulous landlords to push people out of their homes.

A few years ago, when all the Airbnb deals were fresh, I wrote an article with the title of “Airbnb’s Contract with LA City Hall … and Why the Final Vote Is Probably a Farce.”

That was in 2017, and it was already clear that the City Council had sold out the stakeholders by entering in to a contract with Airbnb to tax them even before there was any ordinance, and while Airbnb rentals in Los Angeles were illegal.

Just in case you still believe that the City Council is working hard on our behalf to keep any housing in LA affordable, like the shrinking rent-controlled housing, here’s what the real owners of the Mayor and the Council are up to: Airbnb rolls out new features aimed at its next big bet: longer-term stays.

“The changes are being rolled out just days after Airbnb CEO Brian Chesky said the company had raised $1 billion and laid out plans to direct its attention and new funds toward three core products: hosts, long-term stays and Airbnb experiences. Airbnb raised the $1 billion in debt and equity from private equity firms Silver Lake and Sixth Street Partners.”

Back in June 2019, I wrote a piece predicting these kinds of shenanigans. It was called Get Ready for ‘Investment-Grade’ Airbnb.

“Second, stay alert for more action on the Council File. Anyone who stands between this City Council and money is going to get trampled, even if the money doesn’t go into their own pockets. Or wait, we just might find out the answer to that as the IRS and the FBI wrap up their investigations into Jose Huizar and his wife.

Just goes to prove that it’s hard to be too cynical about the City selling its stakeholders out. Sadly, this current motion on RSO units is consistent with my year-old musings, and we are still a ways away from February, 2021.

Add in the difficulty in keeping track of a “virtual” City Council and their meetings, and all I can say is thank god for our many CityWatch contributors who try and monitor the City and keep us informed.