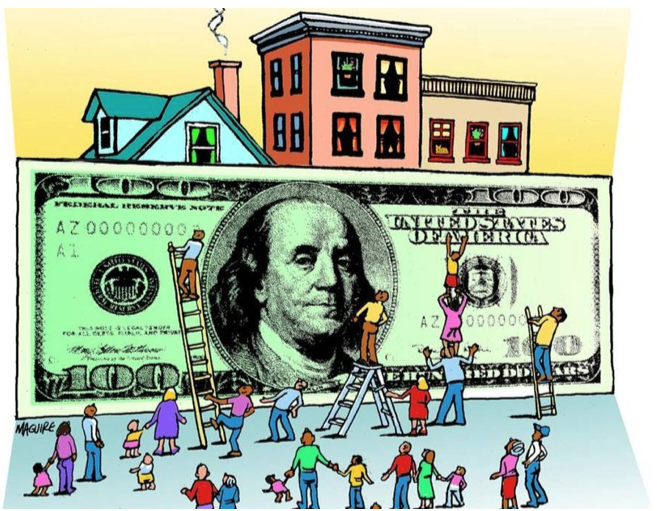 ALPERN AT LARGE--There has been much ballyhoo about funding more or less for police, for affordable housing, for pensions, and for our parks.

Unfortunately, it's uncertain that most of our current Downtown "leadership" get the whole "numbers thing". Either it's numbers to please the police, fire, and other public sector unions (who, like with corporate leadership, are suffering not from the need to unionize but from terrible leadership that does NOT represent the smartest and best of our public sector employee work force).

Much of it is politics over reality, such as defunding police without any true evidence that redirecting this money into social programs would be spent well. Recently, the LAPD budget has been suggested to go down from $1.9 billion to $190 million.

Really? Because it's easy to conclude that we'll see private police forces and an explosion in the use of the Second Amendment will result. No one wants to be left to the tender mercies of criminals.

Similarly, the efforts of Gavin Newsom and Eric Garcetti to end homeless within ten years, and which was pledged fifteen years ago, is similarly laughable if not downright insulting to our collective intelligence.

Affordable housing and homelessness are not quite the same thing, but there is considerable crossover--and arguably the most outrageous need to address is the low/middle-class worker (the so-called working poor) who needs housing near where they work.

This is also called Workforce Housing, and with it lies the necessity to staff stores, restaurants, and small businesses in a manner that allows employees access to work.

The Mar Vista Community Council (MVCC) tackled this problem, and last week derived a formulary for REAL transit-oriented developments (TOD's): whether it's very low affordable housing, or housing designed for the lower-middle class, the following number was assigned:

Perhaps units need to be smaller, and perhaps costs can be kept lower, and perhaps financial incentives can sweeten the deal, but right now we're building MORE luxury housing and LESS affordable housing.

The YIMBY's? The Abundant Housing types? Too often they're serving the needs of those who care not about income inequality, and who are interested in building Silicon Beach/upscale housing for the higher middle-class.

But it's the middle class, and those "working class" individuals and families who we must ultimately cater to. Some developers might wish to focus on middle class housing because it might be a better "fit" with higher-income housing when combined to create a Transit-Oriented Development.

But it's not hard to conclude that higher-income individuals and families will use their cars even if their homes/apartments/condos are "transit oriented" or "transit adjacent", which OBVIOUSLY defeats the purpose of TOC bonuses and policies.

So, consider that 60% an "envelope" that has the flexibility of lower- or middle-class housing that is necessary to re-create the housing that Los Angeles required to get to its current modern reality.

Otherwise, it's NOT a Transit-Oriented Community, and merits NO bonuses...because it's not affordable, and it's not transit-oriented.

Cut the malarkey, and let's get other Neighborhood Councils on board.