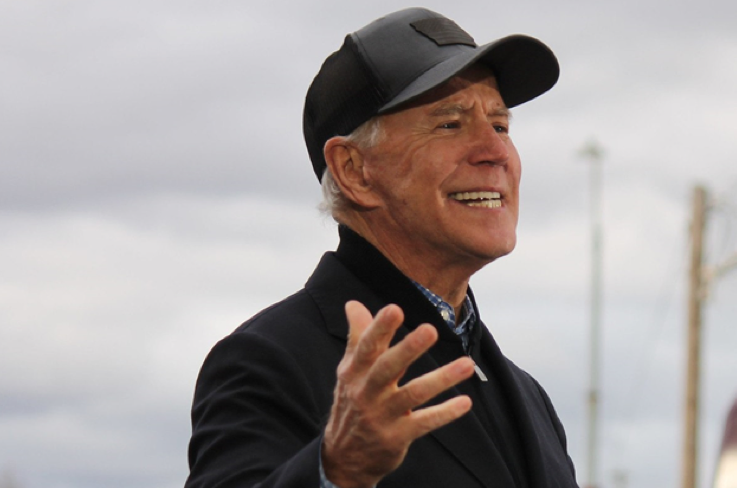 The term pathological liar, a controversial one for psychiatrists, in common usage coveys someone who is an extraordinarily unrestrained liar. And so, Bernie knows that it is in no way radical to use this term to describe the unrelentingly self-serving Trump who unhesitatingly lies if he judges it to be in his self-interest. While Bernie’s diagnosis of Trump is a politically safe one, a more uncomfortable assessment for him would be: What type of liar is Joe Biden?

I’ll get to Biden—whose lies, not his gaffes, are what the Blue Team should worry most about. But first, some of what makes Trump an exceptional and extraordinary liar, even for a US president. Trump is obviously not the first politician to have zero allegiance to the truth, but he remains extraordinary—not merely in the sheer quantity of his lies but also in other ways.

The most obvious area of Trump’s extraordinariness as a liar is his staggering number of lies. “President Trump Made 16,241 False or Misleading Claims in His First Three Years” was the headline of the Washington Post in January 2020, which reports, “He averaged six such claims a day in 2017, nearly 16 a day in 2018 and more than 22 a day in 2019.” This was before his 2020 epidemic of false and misleading claims around COVID-19.

In addition to the sheer number of lies, what makes Trump extraordinary is his striking incapacity to gage how easily and quickly his lies will be detected. For some psychiatrists, assertions that are “easily verifiable to be untrue” indicate a pathological liar, but for me, it just means that Trump is a child-like liar. Trump is no different than the five-year old with chocolate cake smeared all over his face who, when confronted by his parents for eating his brother’s last piece of birthday chocolate cake, tells his parents that he has never had chocolate cake in his life.

One of many examples of this child-like lying occurred on March 7, 2020, when Trump stated about COVID-19 testing, “Anybody that wants a test can get a test. That’s what the bottom line is.” Even Trump supporters—who believe that all news that Trump doesn’t like is “fake news” —had themselves experienced or had heard from family and friends that Trump’s COVID-19 test availability assertion was false.

We can always count on Trump to have regard only for himself and to have no regard for the truth, but part of what makes him especially anxiety producing is that we can’t count on him to be smart enough to know what falsehood will in fact be self-serving. The Trump combination of being both an unrelentingly self-serving liar and a poor judge of what in fact is self-serving creates a unique kind of uncertainty.

What also distinguishes Trump as a liar compared to other liar US presidents is that Trump is unbothered by the consequences of being caught lying. Trump’s arrogance has been, in a perverse sense, justified. Trump is not extraordinary in the sense that he believes he is above the law—that’s par for the course for most US presidents—but he is extraordinary in his belief that there are no consequences for being caught lying. This makes Trump different than most of our well-known liar US presidents.

Lyndon Johnson lied constantly to the American people about how the United States was winning the Vietnam War. But once the highly trusted Walter Cronkite told the American people that the war was unwinnable, Johnson knew that his lying was obvious, and he knew that he had lost credibility and did not run for re-election. Even the consummate liar Richard Nixon sensed that being caught lying was not a good thing. Not Trump.

This brings us to Joe Biden. Just what kind of liar is he? The following is a sampling of some -- certainly not all -- of Biden’s lies in a variety of areas.

Biden’s lies about his policy record are numerous and glaring. One of Biden’s most often repeated lies, widely reported as a lie even by CNN, is how he opposed the 2003 Iraq War from the very moment it began. Of course, not only was Biden instrumental to the launch of this war but supported it long after it began -- this all painfully depicted in the Danny Glover narrated short documentary “Worth the Price?”

The Iraq War lie is certainly not Biden’s only policy record lie. Regarding Social Security, Biden repeatedly lied in recent debates saying, “I didn’t propose a freeze,” when he had repeatedly argued for not only freezes but cuts in Social Security.

Beyond his lies about his policy record, Biden has repeatedly lied with the intent of making himself appear to be honorable. He has often lied about how “he got involved in the Civil Rights movement” and how “he marched in the Civil Rights movement,” despite videos of him admitting this to be untrue. Also to court African American voters, he has repeatedly lied about getting arrested in South Africa attempting to visit Nelson Mandela in prison, an assertion that he has now admitted is untrue.

Attempting to make himself appear intelligent, Biden has lied about his academic record and his grades, lying about graduating in the top half of his law school class when in fact he graduated 76th in a class of 85.  Then there is his infamous plagiarism that derailed his campaign to win the Democratic nomination for president in 1988. His plagiarizing of then British Labor Party leader Neil Kinnock brought attention to Biden’s previous plagiarism at Syracuse University College of Law.

One of the lesser-known Biden lies may not be as significant a lie for some journalists, but it is a lie that speaks loudly about Biden’s character—or lack thereof. Perhaps it is just me, but I find it especially pathetic when someone exploits family tragedy for political purposes with a lie that creates personal tragedy for someone else.

Specifically, it is Biden’s lie about the horrific traffic accident in 1972 that resulted in the tragic death of his first wife and his baby daughter, as well as resulting in severe injuries to his sons. The truth is that Biden’s then wife was hit by a truck after she drove into an intersection in which the truck had the right of way, and the police investigation cleared the truck’s driver from any blame. To gain greater sympathy for himself, Biden repeatedly lied to the public saying that the truck driver, Curtis Dunn, was a man who “drank his lunch instead of eating his lunch.” This falsehood of course deeply hurt Dunn. His family made many attempts to get Biden to correct it, and finally in 2009, after Curtis Dunn was dead, Biden called Dunn’s daughter to apologize.

When I began researching this piece, I knew that Joe Biden told lies, but my expectation was that I would be able to make a clear distinction between Biden and Trump with respect to the type of liar each is. With the exceptions of the staggering amount of Trump falsehoods, and the fact that Biden has admitted to some of his lies, I can’t find much difference between them. Sorry, Blue Team.

Biden’s well-publicized record of lying should be well-known to those who pull the strings of the Democratic National Committee (DNC) -- those who have been orchestrating Biden’s nomination. This compels several questions: Is the DNC so stupid so as to not realize what a gift a Biden candidacy is to Trump, who can easily use the facts of Biden’s lying to suppress the Blue Team vote? Is it not obvious that many Blue Team voters will stay home rather than vote to replace one liar with another? Or is the DNC and its masters so evil that they really don’t mind having Trump win again? So evil that opting for an alternative to Biden who could beat Trump but who is slightly less oligarchy-friendly than Biden was out of the question for them?

Wicked or merely stupid? It is not only the British ruling class that provokes that question.

(Bruce E. Levine, a practicing clinical psychologist often at odds with the mainstream of his profession, writes and speaks about how society, culture, politics, and psychology intersect. His most recent book is Resisting Illegitimate Authority: A Thinking Person’s Guide to Being an Anti-Authoritarian―Strategies, Tools, and Models (AK Press, September, 2018. This piece first appeared in CounterPunch.) [[[   https://www.counterpunch.org/2020/05/01/if-trump-is-a-pathological-liar-what-type-of-liar-is-biden/  ]]]  Photo: Matt Johnson – CC BY 2.0.) Prepped for CityWatch by Linda Abrams.