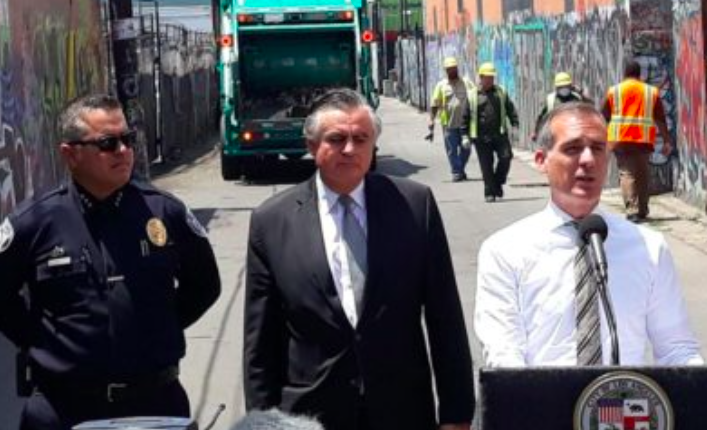 PLATKIN ON PLANNING-Los Angeles was dealt a bad hand in 1978, when California voters adopted Proposition 13.

But there is no excuse for then playing these bad hands poorly. Other large cities, like New York, have successfully soldiered on despite these funding obstacles. They have exceeded Los Angeles on every quality-of-life and sustainability measure. I will examine the case of Brooklyn, and I am sure readers can point to other large cities, such as Seattle, Portland, Chicago, and Minneapolis-St. Paul, that have all surpassed Los Angeles.

Instead, in Los Angeles, officials, media pundits, boosters, and real estate lobbyists’ greatest expertise is generating excuses for LA’s downward spiral, such as these gems:

Enough with these excuses! It is time to learn from the best practices of other cities, and I can’t think of a better example than Brooklyn, New York City’s largest borough.

In itself it is enormous, with 2.7 million people, putting it in the same league as Los Angeles, with its nearly 4,000,000 people. But, despite these similarities, the differences in the quality of life and the built environment could not be more pronounced. Brooklyn, despite its large population, is situated in a metropolitan area older and larger than Los Angeles, yet the following amenities are taken for granted, without any need for LA-type excuses to justify a city crumbling in plain view.

This is what I observed on a recent visit to Brooklyn: 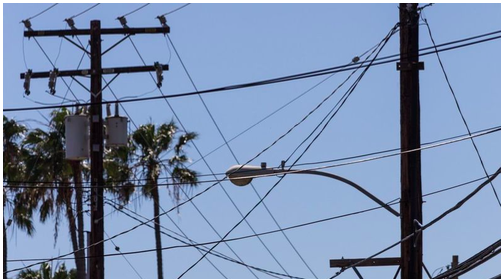 Like Beverly Hills, Culver City, and Glendale in Southern California, residential streets in Brooklyn are systematically planted with well-maintained boulevard trees. When these trees grow large, the sidewalk is cut around them. In contrast, LA’s spotty urban tree canopy is dying because of climate change, reckless private development, systematic negligence, and sidewalk repairs that level trees. 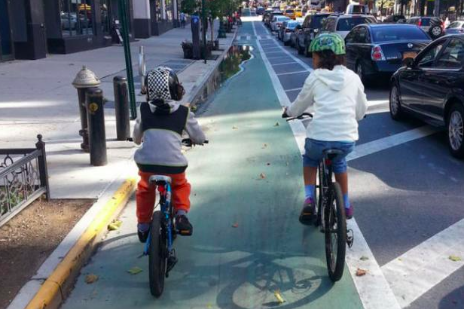 Bike lanes are painted and buffered from traffic by parked cars. 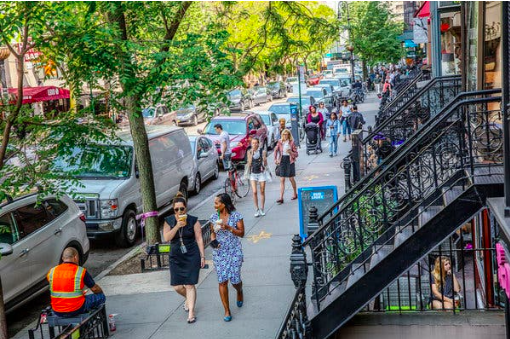 Sustainability:  According to David Owen in Green Metropolis, the cumulative effect of these urban conveniences is that New York City has the lowest per capita carbon footprint of any U.S. city. This results from planned density, not just private sector apartment buildings quickly allowed in existing low-rise neighborhoods as an urban after-thought. Most of Brooklyn is also highly walkable, with wide, tree-covered sidewalks, and public and private services in or near residential areas. Plus, Brooklyn’s built environment allows it residents to live well without Green House Gas emitting cars, since their city is designed to make mass transit, walking, and bicycling easy choices.

Brooklyn – like many other cities -- also offers several lessons for Los Angeles. The first lesson is that we should stop apologizing for our elected and appointed officials’ failures to establish a livable city.

The second lesson is to learn from the best practices of other metropolitan areas, like New York City’s largest borough, Brooklyn.

The third lesson is to understand that when density is planned and monitored, which means it applies to the entire built environment, not just to expensive apartments, it results in a higher quality of life and also reduces the generation of the Green House Gases responsible for the climate crisis.

(Dick Platkin is a former Los Angeles city planner who reports on local planning controversies for CityWatch. He serves on the board of United Neighborhoods for Los Angeles (UN4LA) and welcomes and corrections at [email protected])Prepped for CityWatch by Linda Abrams.