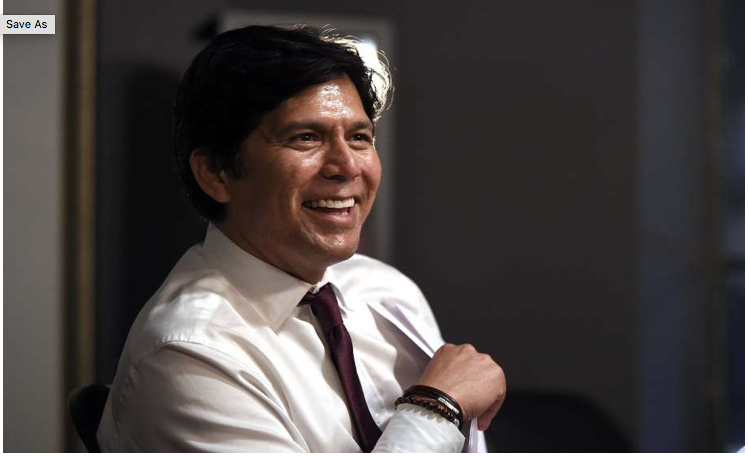 CAL BUZZ--Kevin de Leon’s (above) campaign for U.S. Senate against Dianne Feinstein began, and continues, as an assault from the left, as he charges that she’s too soft on President Trump and too weak on liberal issues.

So it’s more than a little ironic to note that the only voting cohorts where he’s competitive in the latest poll that shows Difi still stomping him is, wait for it — Republicans and, specifically, those who like Donald Trump.

Excuse us while we pause to build a stadium big enough to hold our laughter.

In the latest Reuters/Ipsos/UVA Center for Politics State Poll, de Leon is tied with Feinstein 20-21% among Republicans and 21-22% among likely voters who approve of Trump. Sadly for him, he trails Feinstein (photo left) 44-24% among all likely voters and a whopping 58-26% among those who disapprove of Trump. And just for good measure, DiFi is crushing KDL 61-27% among Democrats and 40-20% among independents.