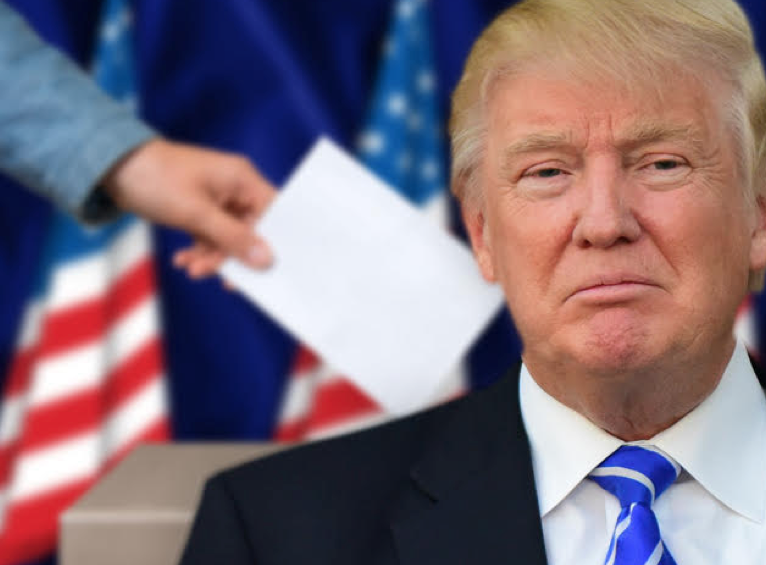 BCK FILE--The events lining up to Election Night 2016 read like a political thriller, in the vein ofThe Manchurian Candidate.

The number of people associated with the Trump campaign who have been indicted or have pleaded guilty to charges stemming from Special Counsel Robert Mueller’s investigation into Russian interference in the 2016 elections and ties to Trump’s campaign is unprecedented.

As of mid-July, Mueller has brought 191 criminal charges against 32 individuals and 3 companies. Mueller is a guy who dots his I’s and crosses his T’s so it’s unlikely he’s pulled these charges from a hat.

And earlier this month, 12 Russian intelligence officers were indicted for attempts to interfere in the 2016 election that included hacking the Democratic National Committee.

Just this week, Trump’s former personal attorney Michael Cohen claimed Trump was in the know about the now infamous June 2016 Trump Tower meeting arranged to “get dirt” on Hillary Clinton promised by Russian intel. It’s been speculated that Cohen is angling to share that info with Mueller, contradicting earlier claims by Donald Trump, his son, Donald Trump, Jr., attorneys, and administration officials.

Trump’s son has touted the meeting as about “Russian adoptions,” tailing off Russia’s 2012 prohibition of adoption by US parents in response to the Magnitsky Act that placed sanctions on Russian nationals and officials for human rights violations.

The bipartisan-approved act was named for Sergei Magnitsky, a Russian lawyer who uncovered a $230 million tax fraud scheme and was jailed, eventually dying in a Russian prison.

These sanctions and the Russian’s concerted efforts to have them appealed, are believed by many to be at the heart of the long game to coordinate to get Trump elected.

Despite the Orwellian “Don’t believe what you see and hear” messaging from Trump, the connections keep coming fast and furious.

So, was Trump’s election legitimate? The concerted and successful attempts by the Russians on so many fronts, from troll farms to Cambridge Analytica and more, appear by any reasonable judgement to confirm that the Russians did disrupt the election. Yet, according to a Reuter’s/IPSOS poll after the Helsinki summit, a majority of Republican voters (71%) approved of Trump’s handling of Russia. (Overall, the disapproval rating was at 55%.)

U.S. intel concluded that the Russian military assisted to not only hack into the DNC but also with voting software and with a voting system manufacturer. If you would, the direct interference and misinformation perpetuated by Russian trolls did form a perfect storm.

And it’s not over. Back in February, Dan Coats, Director of National Intelligence, told the Senate Intelligence Committee, “There should be no doubt that Russia perceives its past efforts as successful and views the 2018 midterm elections as a potential target for Russian influence operations.”

Former CIA director Mike Pompeo echoed the Coats warning, saying officials had witnessed Russian activity and “intentions to have an impact on the next election cycle.”

Even if we were to discount that Russian interference had direct consequences on the Trump election, the Russians managed to insert doubt into the American electorate in a form of terrorism, defined as unlawful use of violence or intimidation, especially against civilians, for political gain.

Until we see the final outcome of the Mueller investigation, there’s a danger in making the assumption that the Trump presidency is not legitimate, disregarding the votes of those who did intend to vote for Trump. However, with reasonable assumptions, the Russians likely did impact the outcome of the election, which is why we must continue to support the investigation and to resist attempts of Trump and his surrogates to plant seeds of doubt, mirroring those of the Russians.