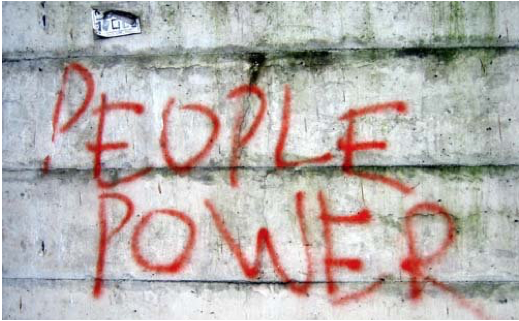 BELL VIEW-One of the many privileges of my middle class life is health insurance. As far as I can tell, it’s decent coverage. At least I think it’s decent – I can’t pretend to understand it, but I don’t feel like I’m one accident away from total ruin. In the midst of the current debate over the fate of the American healthcare system, it’s hard to overstate the level of peace of mind having basic coverage provides to a person. And despite the high price I pay for this coverage and the amount of work I have to do to maintain it, I recognize that – in 21st Century America – I’m privileged to have healthcare coverage.

But although I have this privileged position in society, no one argues that I don’t have an interest in maintaining my health, my family’s health, and our healthcare coverage. No one makes the argument that we should be deprived of our coverage in order to level the playing field between people like me and the millions who have less than me and my family. Rather, the argument focuses on how to extend coverage to all – not that the coverage I currently have should be diminished.

But when it comes to housing, the discussion changes. As with healthcare, I am privileged to own a home in Los Angeles. Again – like my healthcare coverage – my home did not come cheap. I bought my house four years ago, and, if you know anything about housing prices in Los Angeles, you know I didn’t exactly get in at the low end of the market. My home was the largest investment of my life, and represented decades of work and saving on my and my family’s part. When I bought my home, I bought into my community as well. The reason my house cost ten times as much as a comparable house in, say, Davenport Iowa is because my community is a highly desirable place to live. (No offense to Davenport Iowa.)

And I’m not alone. Sure, there are plenty of people who got in before me and have seen an increase in their investment. But most of the people I know in the neighborhood put their life savings into their houses.

Now we’re told, however, that – because housing stock was not being built at an adequate pace for decades – we’re in the midst of a crisis, and we are, basically, standing in the way of the solution. People eyeballing my neighborhood for a place to live want lower rents, and developers want to profit off the crisis. Both interests are valid – but the people who have already bought into these neighborhoods – including the long-term tenant stakeholders in the community who are being pushed out by development – have valid interests as well.

We’re told over and over that the only way out of this crisis is runaway capitalism. We must get out of the way of developers so they can build more housing – any housing – in order to bring downward pressure on costs. Calls for planning based on stakeholder input are met with jeers and insults. I don’t have the answers. I’m no expert. But I can tell you that people who have invested their lives and life savings into a community have a right to a seat at the table. A crisis demands a real solution.

Capitalism – at its best – is a game where the competitors bring all the weapons the law allows in an effort to win. If unfettered capitalism is the only solution our political leaders can offer, they should not be surprised when we fight back for our communities.