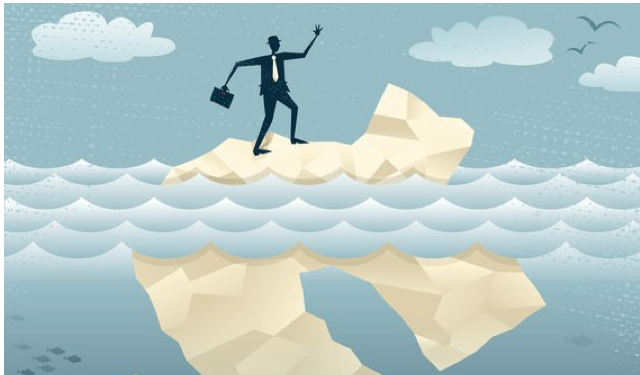 EASTSIDER-Ever since Anne Stausboll suddenly announced her retirement effective August 2016, I have wondered what’s going on with CalPERS. She was seemingly at the peak of her powers running the pension giant, and there was no particular event that precipitated her leaving. Now we have a new CEO, Marcie Frost, as of October 2016, fresh from Washington State’s Department of Retirement Systems (DRS.)

Obviously she is not familiar with the insides of CalPERS, and has been very quiet to date. This major leadership change, coupled with two recent developments have me seriously worried about CalPERS.

The first development, of course, is the announcement of JJ Jelincic that he is not going to run again for the CalPERS Board. The only honestly open and transparent Board member, the rest of the gang did their best to hound him out by means both fair and (mostly) foul. You can read the Wall Street Journal article about his leaving here. Honestly, I think he just got tired of the endless lies and siege mentality of the rest of the Board.

The second development was the recent joint announcement by Governor Jerry Brown and State Treasurer John Chiang that they want to buy down the unfunded liability of CalPERS by some $8 billion (that’s right, billion) of taxpayer money. The theory is that “for every dollar we put in today, the unfunded liability will be reduced by $2 over the next 20 years.”

Jerry Brown and John Chiang, as I have stated before, are about the only two grown-ups in California politics. If they are worried enough about the long term solvency of CalPERS to come up with this doozy, I as a pensioner am officially afraid. This seems a lot like the canary in the coal mine.

So What the Heck Is Going On at CalPERS?

Some of these factors I have covered before for CityWatch in, A New Cabal at CalPERS? which underscored General Counsel Matthew Jacobs’ orchestration of how CalPERS now works -- mostly in the dark.

There are really three individuals who seem hell bent on turning the nation’s largest public pension plan into a contemporary version of the Titanic. First, a Board President who is more interested in being President-for-Life than in having any idea of the quicksand underneath his feet. Second, a General Counsel who has assumed, de facto, the running of CalPERS hidden underneath a layer of “attorney-client privilege,” while controlling the hiring process. And third, a conflicted Outside Fiduciary Counsel to the Board who had actually sued CalPERS, resulting in an Appeals Court Decision which could materially change the Plan as it currently exists.

You need a total “go along to get along” Board President to front for all of these issues as they ripen, and there couldn’t be a worthier example than Rob Feckner. He has now been President for a total of thirteen, that’s right, 13 terms! As an example of how out of tune with reality Mr. Feckner is, back in his early days as President he was great pals with Fred Buenrostro, even congratulating Fred on his retirement -- until, of course, Messrs. Buenrostro and Villalobos were indicted in a major influence peddling and bribery investigation by the Feds.

And then there’s his recent manipulation of the Board rules so that he could cast the tie-breaking vote to defeat a term limits proposal for president and committee chairs. The effect of this vote was that he could break the tie and thereby vote for himself as President. Alfred E. Neuman of MAD Magazine fame would have been proud -- “conflict, what conflict?” As a result, maybe he really can be president-for-life. Here’s the link.

Finally, there is the evidence of Mr. Feckner being the highly visible front in the Board’s attempt to get rid of JJ Jelincic for having the intestinal fortitude to challenge in public some of the Board’s more odious actions. I find it curious that someone who came out of the ranks of a union would suddenly just “disappear” the concept of due process.

I’ve written about Matthew Jacobs, the General Counsel, before. He’s the one who has redefined the phrases “transparency” and “public accountability,” into his new favorite words “attorney-client privilege.” Since the retirement of Anne Stausboll, he seems to be acting as unelected ringmaster for the CalPERS staff. And beyond.

In a fairly detailed column, I described how he has assumed control of any and all public records requests, and carefully manipulated the process for hiring the Board’s new outside fiduciary counsel, Ashley Dunning.

At a recent Board meeting Jacobs further demonstrated his orchestration of events. The Board was offered only two carefully vetted candidates to choose from as fiduciary counsel. Both had actively sued CalPERS itself -- a Seyfarth Shaw candidate, and Ashley Dunning of Nossaman LLP (at the time of the suit a partner with Manatt, Phelps.) Her suit on behalf of Marin County is now before the California Supreme Court.

It is very curious that Matthew Jacobs evidently could not provide the Board with a single qualified law firm in the State of California that did not have a conflict in suing CalPERS to the detriment of its beneficiaries. C’mon.

The Outside Fiduciary Counsel

Speaking of the new fiduciary counsel, Ashley Dunning seems to be Matthew Jacobs’ kind of lawyer. While she was representing the Marin County Employees Retirement Association against CalPERS, she was all in to the tune of about $10,000 per week at $580 /hour.

Suddenly, as she was asked questions by the CalPERS Board, she says, “not to worry,” the Marin County case really wasn’t about what the California Court of Appeals says it was. Honest, I’m not making this up. Here’s the Sacramento Bee article.

And for their part, the folks in Marin County aren’t too happy either. No kidding. I’m sure that if the Marin County Retirement Board folks knew that the lawsuit would cost a ton of money and risk their pensions, they might have taken a different course of action. Not to mention how wonderful the Marin County taxpayers must feel about footing the bill.

And this is the best that Matthew Jacobs could do. Of course, maybe it actually was, since Dunning clearly owes him big for this lucrative contract with CalPERS.

To those who know the implications of what Brown and Chiang are really saying, CalPERS is in trouble and this is a way to make the books look a lot better next year. The idea of CalPERS actually getting a 7% return on investment is laughable, and they know it. So the quick infusion of cash helps make the underfunding of the Plan look ok.

Given the political timing, this was not the moment that either of these two seasoned politicians wanted to take such a controversial step. With elections coming up next year for the State of California, Jerry Brown and John Chiang didn’t dream up a $6 billion bailout out of the goodness of their hearts. I suspect they are trying to minimize the pension issue in the state-wide elections.

As to the rest, Feckner is clearly in love with being President, and could care less about actual governance. The only thing he’s driving is his car, not CalPERS.

However, the real heavy in this tale is General Counsel, Matthew Jacobs. Prior to leaving CalPERS, JJ Jelincic called out Jacobs as the equivalent of Joseph McCarthy’s slimy lawyer, Roy Cohn. Hat tip to Naked Capitalism.

Personally, Shakespeare’s quote, “The first thing we must do is kill all the lawyers” in Henry VI, comes to mind.

Let us pray that someone comes forth in the upcoming CalPERS elections to take up the mantle of openness, transparency, and inquiry that JJ represented so well.