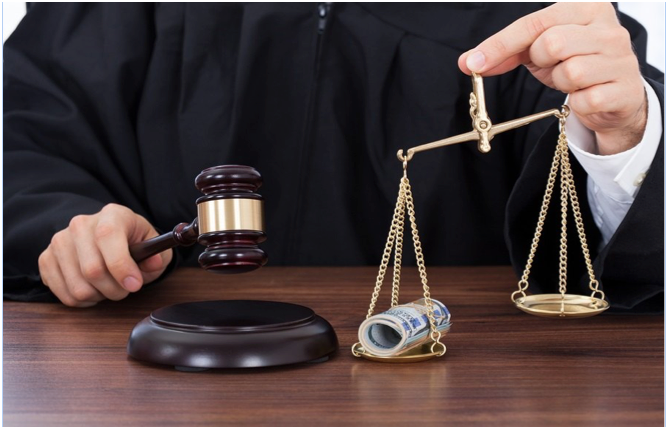 CORRUPTION WATCH-The appointment of Robert Mueller as special counsel to investigate the Russian meddling in our elections shows that American institutions are on life-support.

The Need for a Hero Means Institutions Have Failed

In a society where Truth, Justice and the American Way were once of paramount concern, not only would there have been no Russian hank-panky, but if there had been, the Department of Justice would have handled the investigation. The DOJ is fatally compromised now that Trump has appointed Jeff Sessions, a vicious gnome, as Attorney General and has fired James Comey as head of the FBI. In a nation which reveres the rule of law, such an action should not be tolerated. As proof, all we need do is look back to Nixon to see that his firing of special prosecutor Archibald Cox was the point of no return on his road to impeachment in the House and conviction in the Senate.

A society which has functioning institutions does not have these situations arise because people know that they can’t get away with it. If they try, institutional protections jump into play.

The rule of law means that our institutions will handle bad behavior without our needing to seek a savior. Americans, however, have dispensed with the rule of law for a long time. The GOP’s decision to politicalize the courts after Roe v Wade re-enforced a significant rise in corruption which The Equity Funding scandal of 1970's highlighted. By the 1980's when we suffered from the massive Savings & Loans Frauds, we still had a functioning judicial system and there were serious investigations and significant convictions.

“In that crisis, the savings and loan regulators made over 30,000 criminal referrals, and this produced over 1,000 felony convictions in cases designated as ‘major’ by the Department of Justice.” (William K Black, S& L Regulator, September 17, 2013 interview.)

Our economic system transitioned into Corruptionism in 1999 with the repeal of Glass-Steagall, and that Corruptionism was cemented into our national character with Obama’s Doctrine of Too Important to Prosecute. Instead, the government gave the Wall Street crooks who had crashed the economy trillions of dollars. Meanwhile the tea baggers made certain there was no time or energy to oppose Obama’s myopic economic policies. Rather, the nation had to deal with insane Birtherism and egregious bigotry.

Locally in Los Angeles, billions of tax dollars have flowed to crooked developers who are destroying the city and to judges who protect the criminal enterprise which we call the Los Angeles City Council.   The signs were all about us that our institutions were corrupt, but we looked the other way.

As one sees from the way the courts ignored the Wall Street felons and condoned the corruption in Los Angeles, they have basically disintegrated. The courts are subject to the whim of capricious and avaricious men.

The institution on which we as a civil society rely the most to protect our constitutional rights and hence Life Liberty and the Pursuit of Happiness is the judiciary. While the disintegration of the judicial system is a nationwide phenomenon, it is particularly bad in California. The warnings we have ignored run into the tens of thousands.

Det. Mark Fuhrman told us that all true cops “lie, cheat and set people up.” No one would listen and no one would wonder how police officers could habitually get away with such behavior. The Christopher Commission’s work finally resulted in the LAPD spending eleven years operating under the auspices of the US DOJ with its own parole office, a federal judge. But it also covered up the crucial role of the courts played as ring leaders of the LAPD misconduct. As many judges are former prosecutors who are used to lying police officers and lying jailhouse informants, they recognized that conduct when they saw it in their our courtrooms.

In a conspiracy of silence practiced by everyone from the Warren Commission on down covered up the role of the courts and the institutional rot spread.

The Nightmare of Family Court

As we have seen in California, the courts lack integrity when we need them the most. Some of the most vociferous complaints are about the Family Courts. If the judge’s friend in family law doesn’t get the exorbitant fees which the judge orders, the parent ends up in jail. If a mother does not submit to extensive psychological treatment at Cedars-Sinai under the control of friend of the judge, she will never be allowed to see her children again. If the children need a court appointed attorney, don’t be surprised if that attorney is the judge’s friend and/or mistress. The charges of wrongdoing with the Family Courts reach to the top of California’s judicial system, i.e., California Supreme Court Chief Justice Tani G. Cantil-Sakauye.

Let’s look at Los Angeles County Superior Court Judge Gregory Alarcon. The Metropolitan News is one of Los Angeles’ legal newspapers, and hence, it is sophisticated in its assessments of judges. In a November 20, 2012 article it stated: “As I discussed here on Aug. 15, it’s clear that in Alarcon’s Department 36, motions are determined by a research attorney and Alarcon has no inkling as to what is before him. He sits through an argument nodding his head, like a Bobble-Head doll, pretending he understands, while asking no questions, making no comments, and evidencing an inability to respond to any queries. He’s a pretend-judge; like a lip-syncher, he’s faking it.”

The Robing Room, which allows a rather free flow of comments, presents a rather worse picture of Judge Alarcon. Five years later, Judge Alarcon is still on the bench and his behavior is as unacceptable today as it was in 2012.

The point about Judge Alarcon is not to dispute his rulings, but to highlight his unfitness for office. Judge Alarcon is illustrative and cannot be taken as probative as to how corruption perpetuated itself within the California judiciary. After a while, however, one begins to see that the judges who are favored and promoted by the Supreme Court and who get to serve on the Commission of Judicial Performance (such as Division Five’s Justice Paul Turner,) are some of the worse examples of misconduct.

Can We Restore the Rule of Law?

So the nation has settled on a savior, a strongman rather on strong institutions, to protect us from corruption. This reliance on the individual is the type government which Donald Trump favors in Putin and other dictators. That is why Trump thinks that government agencies should swear loyalty to him personally and that agency heads should thwart investigations of his misdeeds. Trump’s quibble with the Special Counsel is not with this reliance on the individual but with the fact that Trump himself is one of the subjects of the investigation.

While we need to combat Donald Trump’s outrageous abuses of power, as a society we desperately need viable institutions, and that cannot happen as long as we have a morally compromised judiciary.