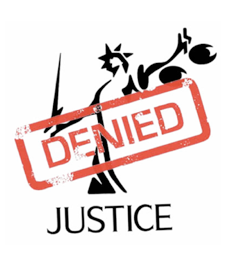 CITYWATCH EXCLUSIVE-If Hamlet were in a California court room, his soliloquy would begin, “To Lie or not to Lie that is the question.”

A California judge would respond, “Lie!  Then, lie some more.  Lie from your first opening breath to your last good-bye as you step down from the witness stand.”

In California, as opposed to the fantasy world of TV where people are supposed to “tell the truth, the whole truth and nothing but the truth,” the Lie reigns supreme.  Committing perjury in California has become a privilege.

As Federal Judges Fletcher, Kozinski and Wardlaw complained on January 28, 2015, California courts turn a blind eye to perjury.  No wonder we’ve got thousands of innocent people sitting in jail, costing taxpayers up to $50,000 per year, when prosecutors can get more notches on his/her gun by using perjured testimony.

How did perjury become so common place that federal judges call it an epidemic?  In the case Silberg v Anderson, the entire Supreme Court agreed that Perjury was more important than Justice.  That was twenty-five years ago when the California Supreme Court was faced with the question: which merits the courts’ protection, Perjury or Justice?  They unanimously said Perjury and threw lady justice out of the courtroom.

The Supreme Court’s theory was that only when witnesses did not have to worry about being sued for perjury, would witnesses feel truly free to testify.

I would give a rational explanation why perjury was more important than justice, but The Silberg Court provided no reason, It only said that Injustice is “price that is paid for witnesses who are free from intimidation by the possibility of civil liability for what they say.”

Hard to understand? Of course, when the court speaks double-talk, it’s hard to comprehend.   By “Intimidation,” the court meant being caught lying while testifying under oath.  The court did not want there to be any consequences for lying on the witness stand.  Thus, anyone who complained about Perjury was not fighting for Justice but instead they were Intimidating the Witness.

When the Supreme Court’s mind is suffused with the ethos that perjury is good, it corrupts the entire court system.

OK, all you people out there who have spent twenty-years enraged that the jury acquitted OJ, now you can learn the real reason they acquitted OJ.  The prosecution major witnesses committed perjury, but none more famously than Detective Mark Fuhrman.  Det. Fuhrman knew that perjury was Standard Operating Procedure, but no one told the jurors that it was OK for police officers to lie.  To them, perjury by a major witness discredited the entire prosecution, especially since Fuhrman had found the bloody glove.

To be informed citizens, we need to understand what values animate our government.  Do those in positions of trust believe that their Power is more important than Justice?  When you’re a prosecutor whose goal is to put away as many “Bad Guys” as you can, then Perjury is a tool and the justices are not going to deprive you of such a favorable tool.  That’s why we even have a word for it, TestiLying.

Because of the worldwide infamy that Fuhrman brought down on himself when his perjury was uncovered by the tape recording of his using the N word 42 times, the Courts did another type of cover-up.

They had Fuhrman enter a criminal plea deal for perjury, but that did nothing to stop the perjury in all the other courtrooms throughout California.  They pretended that Fuhrman was one rotten apple, when he was only one pea in a pod.  Perjury and subornation of perjury by California prosecutors is so frequent that Federal judges called it an epidemic.

After Mark Fuhrman’s warning that “all true cops lie cheat and set people up,” everyone denied there was any truth to Fuhrman’s statement.  After all, he was a perjurer.  “No,” they insisted, “it was only Mark Fuhrman who lied,” and all other officers were straight arrows – or so they told a naive public.

But wait, - - - - perjury was busting out all over.  After the international fiasco of Fuhrman’s being caught in his N-word perjury, the perjury did not stop, nor did any of the other hideous behavior.

In 1996 we saw the opening chapter of what would grow to be known in Los Angeles as the Ramparts Scandal.  It began with Officer Rafael Perez’ and his partner Nino Duran’s attempted murder of Javier Ovando, a member of the 18th Street Gang.  In order to cover up attempted murder of Ovando, Officer Perez and his partner Office Duran resorted to perjury.  The officers’ perjury was so facile that it took a deaf, dumb and blind judge not to see what was happening.  However, in California perjury trumps Justice.  The paralyzed Ovando was shipped off to prison for 23 years for allegedly trying to kill Perez and Duran.

When the Supreme Court creates an atmosphere of lawlessness in the judicial system, no one should be surprised to find the likes of officers like Rafael Perez. Perjury had served him very well over the years and it helped put his victim in prison.  In the end, however, LA had to pay Ovando $15 Million when The Ramparts Scandal brought everything to light

In 1998, Officer Perez was caught stealing more than his share of cocaine from the evidence room at the Ramparts Division and when the other cops tried to protect their portions of the cocaine by arresting Perez, he squealed on everyone else.  He implicated 70 other officers and 102 cases were overturned.

As a result, The LAPD spent 10 years operating under a consent decree with the US Department of Justice, and it had its own parole officer, called a monitor.  LA was lucky enough to have William Bratton as Chief of Police for a few years (Oct. 2002 to Oct. 2009).

The old LAPD is gone. The courts, however, are as corrupt as ever, and they are forever a corrupting influence on the LAPD as they are on the rest of society.  But, for now the LAPD has the most integrity, which is being eroded by the City’s under funding of the LAPD.  Streets and police departments both deteriorate with lack of adequate funding, and LA is slipping towards another Ferguson while Garcetti diverts tax dollars to developers while shortchanging everyone else, parks, streets, police, paramedics, firefighters, tree trimming, water mains, etc.

What can we do?  As of today, there is actually something that you can do.  The California State Bar, the agency which over sees attorneys, has proposed some new ethical rules.  See how you can make input.

The best suggestion to make is to demand that it be mandatory for judges to report unethical conduct by any attorney to the State Bar, to the State’s Attorney General’s Office and to the Supreme Court. Why?

Judges will continue to turn a blind eye to help out their friends and cronies until there is some liability on them personally for encouraging unethical behavior.  When judges are required to report perjury, attorneys who sell out their clients, destruction of evidence, manufacturing of evidence, judges who turn a blind eye will become accomplices.  Just as the security guard who looks the other way while his friends pilfer from the store becomes one of the thieves, judges who allow unethical behavior will become accomplices by being silent.

(Richard Lee Abrams is a Los Angeles attorney. He can be reached at: [email protected]. This email address is being protected from spambots. Abrams views are his own and do not necessarily reflect the views of CityWatch. )