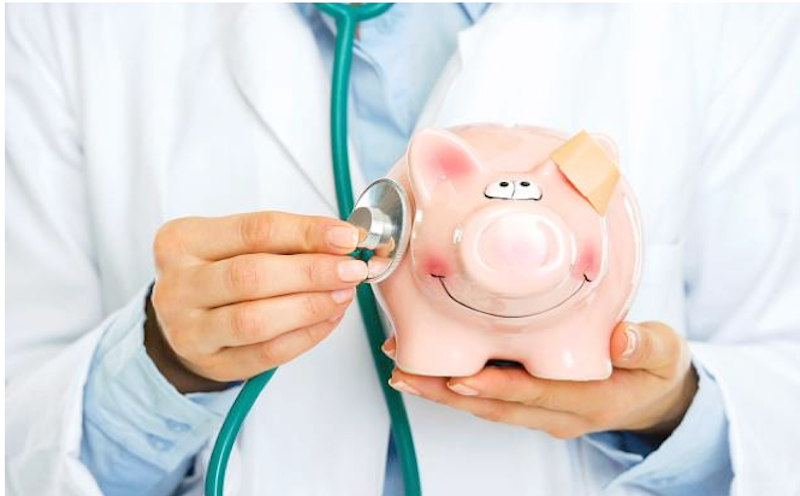 GELFAND’S WORLD--My CityWatch colleague Ken Alpern recently published his views, as a practicing physician, on the current controversy over Republican attempts to repeal the Affordable Care Act, colloquially referred to as Obamacare. I agree with several of his concerns, but as a medical consumer rather than a medical provider, I tend to disagree with some of his views. Let's consider the agreements and the disagreements.

Dr. Alpern makes the point that drug prices are too high. He is definitely right on this. He argues, "Innovation and capitalism are great, but predatory pricing must end. NOW!"

Dr. Alpern also supports the aim of preventing insurance companies from refusing coverage based on preexisting conditions. He mentions in a positive light the rule that coverage on parental policies should continue to extend to offspring up to the age of 26. This has been a popular rule under Obamacare, and I certainly agree with Dr. Alpern on this.

Dr. Alpern makes the general point that government should not create rules that by themselves create economic disincentives for businesses to maintain and expand employment. He makes the valid point that economic sustainability is a must.

I don't have any problem with these points as general principles and as problems to work on. The real question is what to do about them.

We might begin with a fundamental disagreement that is partly a matter of judgment but which depends on the facts. Dr Alpern states quite directly, "Which is arguably why 'Obamacare' was doomed to fail. Some benefitted, and some were truly hurt."

This has to be my strongest disagreement. I don't think the Affordable Care Act is a failure. Whole shelves of books have been and will be written about the ACA and the historical era in which it was passed, so it would be redundant to insert an extended argument here. Instead, I will simply link to an excellent summary by Kevin Drum in which the overall success of the ACA is described:  At the time that Obamacare began, the United States had nearly one-fifth of its under-65 citizens lacking health insurance. At this point, the number of uninsured is down to ten percent. The success would be even greater except for the resistance by Republican governors and legislatures to the expansion of Medicaid in many states. A prominent example is the state of Texas, with an uninsured population of more than 4.3 million people.

The problem isn't the Affordable Care Act itself, but the fact that a politicized Supreme Court created the loophole that allowed Republican governors to throw a wrench in the gears. Dr. Alpern uses the term predatory to refer to some pharmaceutical companies, but I think that the term fits equally well for the Republican governors who have been withholding Medicaid coverage from their poorest residents. Without this purely partisan (and spiteful) action, the levels of uninsured in the United States would be well below ten percent right now.

And, might I suggest, a lot of heart attacks and cancers would have been treated earlier and more effectively had the victims of these predatory governors had access to Medicaid.

There are a few other points to be made about Obamacare as a success. I suspect that most of us know someone who did not have health insurance prior to Obamacare. I know of at least two people close to me who have health insurance through the system. One has a low level chronic condition that now receives treatment, and that treatment makes it much less likely that he will suffer a major difficulty such as a heart attack. The overall benefit to our nation of limiting the need for treatments such as cardiac surgery is enormous, even if you only consider it on economic grounds. If you consider it from the standpoint of the individual who manages to avoid surgery or a prolonged hospitalization, it is even greater.

Dr. Alpern seems to be optimistic that the new president and the Republican congress will be reasonable. He quotes the president as saying the he wouldn't let people die in the streets. He remarks, "The new GOP Congress is sticking its neck out there, and they should be open to compromise and negotiations with all sides -- especially Democrats -- because a loss of coverage for millions of Americans is NOT an option."

Allow me to mention one fact that is all over the news. The repeal of Obamacare under the current bill in the House of Representatives is likely to reduce the number of insured in the United States by 15 million people, give or take a few. That's what the experts say. There is an expectation among the same experts that the Congressional Budget Office (CBO) will come up with a number pretty close to this level.

So what did the Republican congress actually do when faced with this issue? Did they talk with their Democratic counterparts and try to find some compromise? Did they listen carefully to medical associations and business associations that oppose the bill?

Hardly. The two House committees that had jurisdiction over the bill rushed to pass it out of committee before the CBO report could be finished. In addition, the right wing news outlets have been engaging in a propaganda campaign of their own to undermine the credibility of the CBO. The Republican allergy to facts and reason is getting to be a problem, whether it be medical economics or global warming.

I'll give Dr. Alpern a plus for asserting an idealistic vision of Republicans and Democrats working together for the common good. I don't see it, but then again, I have a problem with the Republican bill getting rid of Planned Parenthood funding. I don't believe that the Republicans (or Donald Trump) will do anything about drug pricing. Mostly, I understand the view of expert economists that the real function of this bill is simply to cut taxes on the rich and pay for it by reducing medical services to the poor.

And this brings us to one other fundamental point. Dr. Alpern makes a heartfelt argument about rights (in this case medical coverage) being linked to responsibilities. Here is some of what he says:

"But otherwise-healthy individuals need to be (and this should be at a STATE level, not a FEDERAL level, because of that thing we call the CONSTITUTION) offered opportunities to work for their benefits, even if it means a part-time job that is required for state-covered healthcare.

"If a person works 1-2 jobs without benefits, and is forced to get that part-time job just to get that healthcare, it's still an opportunity.  And it is NOT an incentive to avoid work to GET health benefits, which is what California and so much of the nation has now."

Curiously enough, I agree with some of the sentiment expressed here, in the sense that people should have a chance to have gainful employment. Dr. Alpern says that people should be offered opportunities to work for their benefits. This sounds at least a little like the way that the federal government created WPA jobs during the great depression.

He also suggests that creating disincentives to employment is a bad thing. I couldn't agree more, but I seriously doubt that the existence of Medicaid (or MediCal, as we call it in California) is enough by itself to convince people to avoid starting careers. For some people, getting medical attention is what they need to be able to hold a job.

I will disagree with Dr. Alpern's assertion that job programs and medical coverage subsidies need to be on the state rather than the federal level as a matter of Constitutional law. Everybody likes to cite the words in the Preamble "to promote the general welfare," which seems to fit the ACA, but there is also Article I section 8, which gives Congress the power to tax. The Chief Justice of the United States argued the Constitutionality of the ACA based on this expressly stated authority.

I would like to bring up one problem that neither the congress nor Dr. Alpern have talked about recently. The United States, for whatever reason, spends way more on health care per capita than any other advanced nation. We are all alone, out on the edge of the curve, for medical spending. For that amount of money, we don't get better longevity, and unlike other civilized countries, we leave some of our citizens entirely without coverage.

The Affordable Care Act was supposed to be a start on dealing with both horns of this dilemma, the uninsured citizens was the first part but the uncontrolled growth in costs was definitely intended as part of the equation. This is the sort of problem that has to be confronted at the federal level if there is to be any progress. Perhaps Dr. Alpern has a different idea, but I don't see a big future in getting drug costs under control without federal intervention. The same argument may possibly apply to hospital bills too, since the amount that is paid depends largely on contracts with insurance companies and with Medicare.

I think we've just scratched the surface here, and I suspect that Dr. Alpern and I may actually agree on a lot. For example, the number of medical residencies (and therefore the number of new doctors we turn out) is rather artificially restricted. That could be changed. Preventive medicine saves pain, lives, and money, as thousands of melanoma survivors understand. Let's not go back to the days when the history of a single basal cell carcinoma was a preexisting condition that made it impossible to get insurance in the individual market.

But let's also try to remember that the current system makes being a medical consumer an ordeal almost anytime you have to deal with an insurance company. I wish the doctors would understand that the current health insurance system is just as hard on the patients as it is on your office staff.