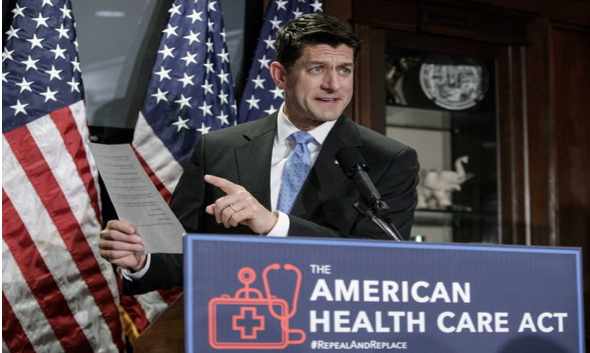 ALPERN AT LARGE--The concepts and opinions surrounding the "rights" and "needs" and "responsibilities" of Americans for their own healthcare are undeniably all over the place, and are as divergent as Americans' political affiliations.  Which is arguably why "Obamacare" was doomed to fail. Some benefited, and some were truly hurt.

But the intent was good, and the arguments that we should just repeal "Obamacare" will fall as flat as those who rammed it down the throats of so many Americans.  There was too little transparency, and too little compromise, and too little economic incentive to help the nation's businesses and working families:

1) The "Affordability" issue must be confronted.

The "Affordable Care Act" wasn't affordable, except in the opinions of those getting subsidized and those not having to change their health plans (and those were the individuals most in favor of it!).

Drug prices are too damned high.  Not the new blockbusters, by and large, but the generics and older drugs that were going up so much faster than inflation that it made everyone's head spin.

But credit the new president for compromise, and it should be remembered that Trump was the one who declared he wouldn't let people die in the streets.  Trump's meeting with his otherwise-erstwhile opponent, Rep. Elijah Cummings, on drug prices therefore bodes well.

Innovation and capitalism are great, but predatory pricing must end.  NOW!  The research and development claims have some merit, but not enough to justify the kind of price hikes we've seen over the past decade.

Those who are truly struck down medically must be protected, and afforded access to quality healthcare, but there has to be compromise to allow affordability.  However, those who need a boot in the rear to get access to health care need to be confronted as well. And both groups very much exist.

Trump had and has made no secret that he likes the no-preexisting-conditions and coverage-until-age-26-by-your-parents part of "Obamacare".  Young people with no income and/or in school, as well as cancer/seriously-ill patients must be protected.

But otherwise-healthy individuals need to be (and this should be at a STATE level, not a FEDERAL level, because of that thing we call the CONSTITUTION) offered opportunities to work for their benefits, even if it means a part-time job that is required for state-covered healthcare.

If a person works 1-2 jobs without benefits, and is forced to get that part-time job just to get that healthcare, it's still an opportunity.  And it is NOT an incentive to avoid work to GET health benefits, which is what California and so much of the nation has now.

So the "repeal and replace" is more centrist than other plans, and will probably also need to be joined with the term "rights and responsibilities" in order to make this financially work out.

And for those healthy individuals who don't want to work?  Well, their access to the county health system is free, and our need to fret about them should be minimized.

3) Finally, this isn't about politics--it's about health care.

The new GOP Congress is sticking its neck out there, and they should be open to compromise and negotiations with all sides--especially Democrats--because a loss of coverage for millions of Americans is NOT an option.

Yet it's also about affordability, and fiscal/economic sustainability.

Are we going to incentivize, or smack down, businesses, families and individuals to push them towards contributing to their own health care?

Are we willing to allow more tax credits and cut costs elsewhere in government to pay for that? Are we going to encourage policies that incentivize hiring, or incentivize not hiring?

Because when we encourage hiring of good jobs, particularly those with benefits, we best ensure that people and businesses will pay for insurance. Arguably, this was the greatest failure of the Obama Era, and it turned the Bush Recession into an Obama Depression paid for by $10 trillion in debt.

GOP and Democratic partisans need to deal with their parties past failures, and move forward with a sense of apology and responsibility to the American people.

Ad perhaps that last sentiment is the ultimate motivation--and answer--the long-awaited and debated issue of health care access and affordability for the United States of America.

(Kenneth S. Alpern, M.D. is a dermatologist who has served in clinics in Los Angeles, Orange, and Riverside Counties. He is also a Westside Village Zone Director and Board member of the Mar Vista Community Council (MVCC), previously co-chaired its Planning and Outreach Committees, and currently is Co-Chair of its MVCC Transportation/Infrastructure Committee. He is co-chair of the CD11 Transportation Advisory Committee and chairs the nonprofit Transit Coalition, and can be reached at alpern@marvista.org. He also co-chairs the grassroots Friends of the Green Line at www.fogl.us. The views expressed in this article are solely those of Dr. Alpern.)