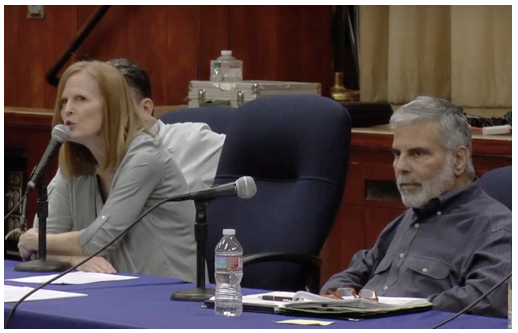 VOX POP--A recent debate on the Neighborhood Integrity Initiative between Jill Stewart, Campaign Director for the initiative, and Larry Kaplan, Co-Chair of Communities United for Jobs and Housing, revealed the central dilemma opponents of the initiative confront in making their argument against the proposed ballot measure: they must defend the indefensible – Los Angeles’ broken planning system.

The centerpiece of the Neighborhood Integrity Initiative is a two year moratorium on spot zoning to allow for community plans to be updated. The current practice of routinely granting exemptions from zoning rules on a parcel-by-parcel basis for new development has incurred the wrath of residents and neighborhoods throughout LA – and the disapproval of judges who have found the city in violation of their own rules. The ballot measure would force the city to play by the existing rules until such time that they are revised via an open and public process.

Opponents of the initiative, many of whom come from the environmental and affordable housing realm, are placed in the awkward position of defending the status quo while, at the same time, conceding that spot zoning is an irrational way to do urban planning.

In a video of the debate, hosted by the Stonewall Democratic Club on February 22, Larry Kaplan’s discomfort is sometimes evident. He remarked in his opening statement: “I think we all agree, first of all – let’s get it out there – LA’s planning process is not pretty.”

“I’m not defending the current system, okay? We know it’s broken. Okay? So let’s try to fix it. This [initiative] might kill the patient,” Kaplan stated in the course of the debate. And this seems to be the crux of the opponents’ argument against the Neighborhood Integrity Initiative, that it is a killer cure for what both sides of the issue acknowledge is a dysfunctional planning process.

“I am not defending the current structure, it’s flawed.” Kaplan emphasized again later in the debate. “Like I said, somebody’s got a scratch on their arm you don’t chop the arm off.”

Kaplan reiterated that sentiment at the end of his closing statement: “I’m not defending the system. It needs to be fixed. But, again, the cure here is much worse than the disease.” However, Kaplan and other opponents provide no suggestions or solutions on how they think the system could or should be fixed. All Kaplan offered was: “Let’s rock the boat, but not sink it.”

Given the extraordinary amount of development taking place across Los Angeles – and the irritable mood of the electorate – the prevailing sentiment of many residents is that the boat Kaplan refers to has sailed into an iceberg and the only lifeboat available is the Neighborhood Integrity Initiative.

The Miracle Mile Residential Association videotaped the debate as part of our digital outreach to the residents of the Miracle Mile and the city at large. We encourage everyone to watch the debate and fully consider the pros and cons of the Neighborhood Integrity Initiative. The future of Los Angeles is at stake.

(Ken Hixon is a Vice President of the Miracle Mile Residential Association and the editor of the MMRA newsletter.)